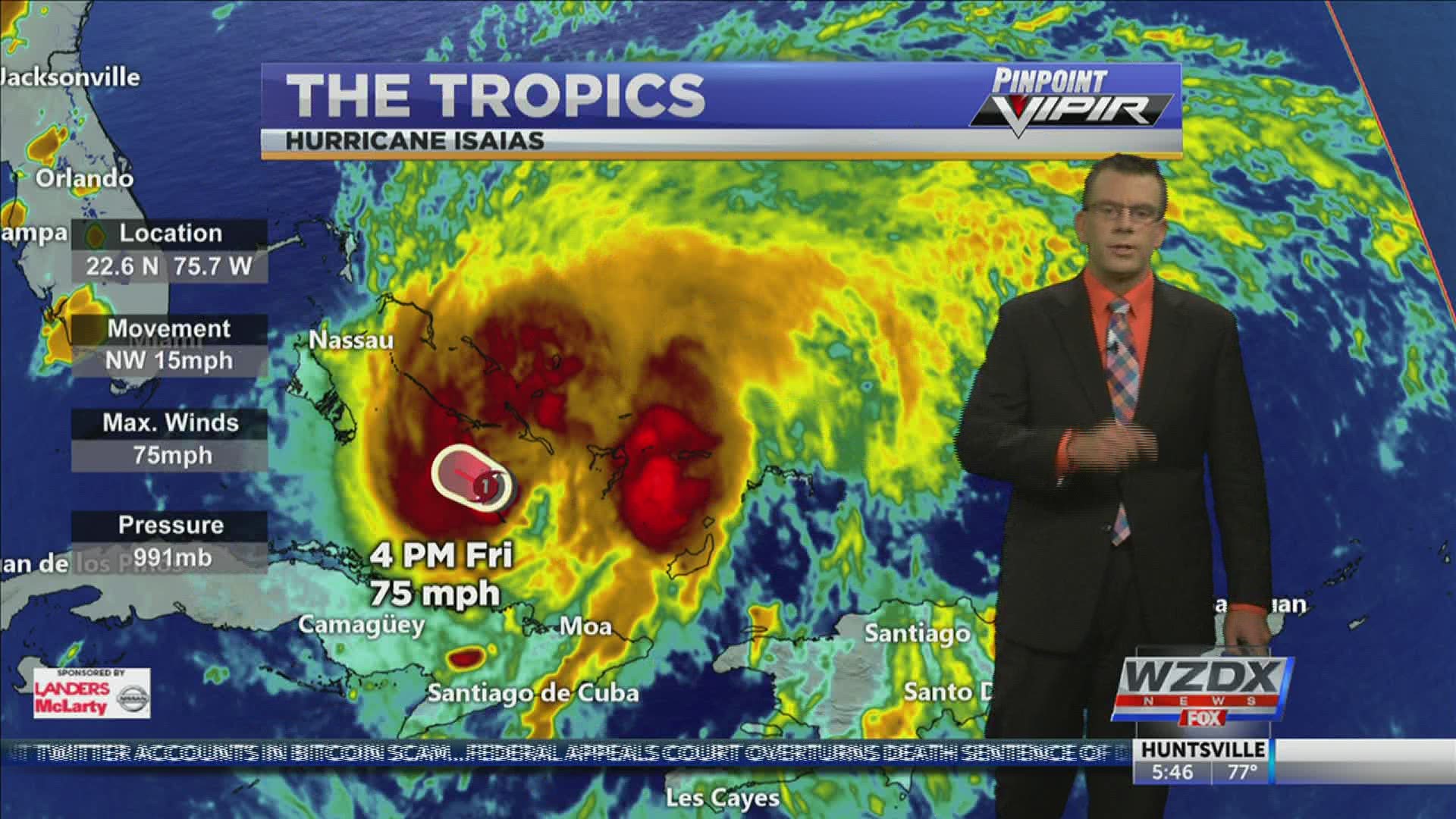 HUNTSVILLE, Ala. — Isaias became a hurricane Thursday night. Now the category one hurricane sits in-between Cuba and the Bahamas with sustained winds of 75 mph and a minimum central pressure of 991 mb.

Isaias is the ninth named storm of the 2020 Atlantic Hurricane season and the second hurricane. Hanna was the first when it strengthened to a category one just before making landfall along Texas.

So far the 2020 season is record-breaking in terms of the naming pace. Isaias was the earliest ninth named storm since the very active 2005 hurricane season.

Isaias is now moving north heading for the United States. 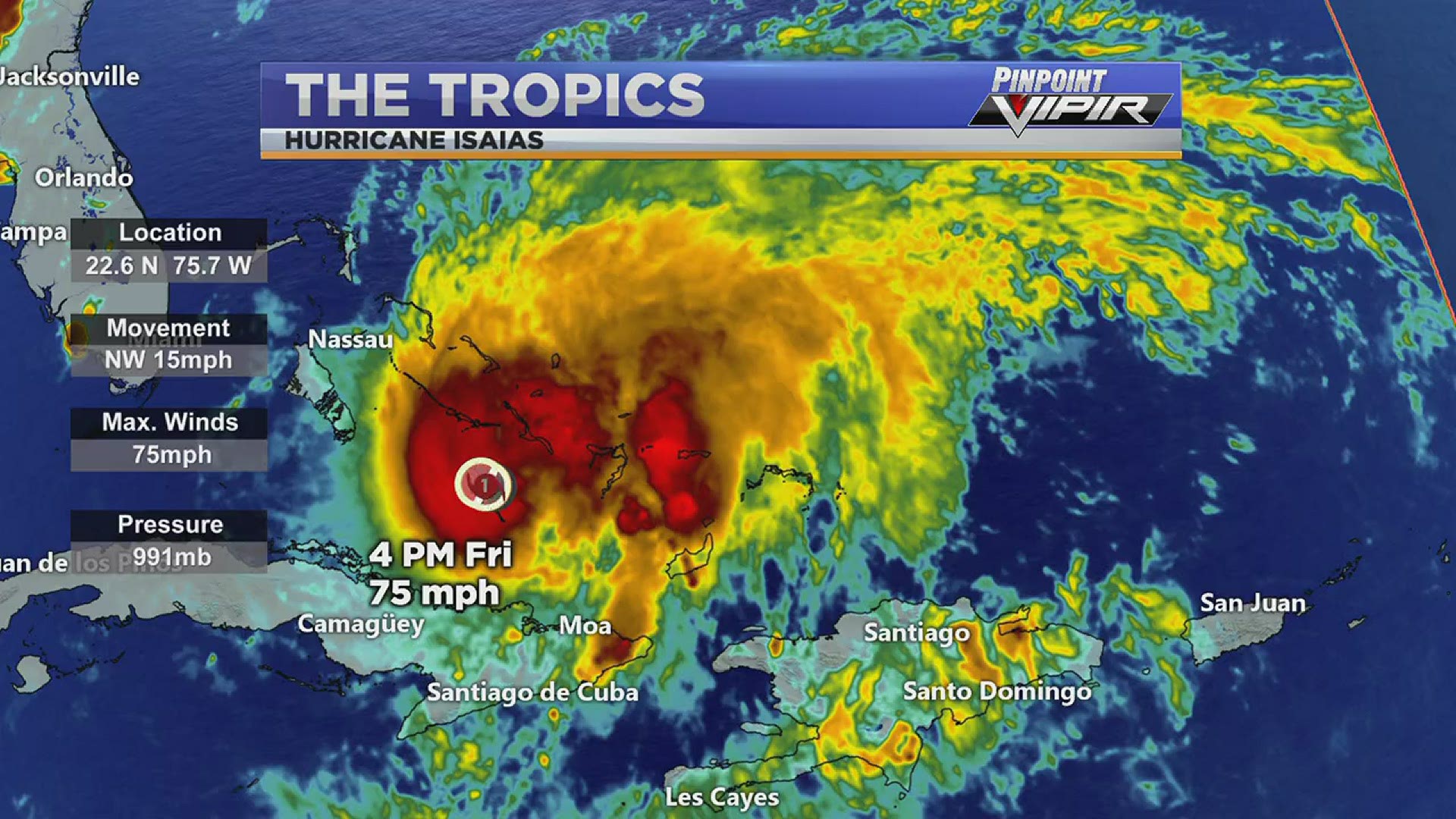 If we pay really close attention to the track of Isaias we'll notice that it looks like the storm will just miss the Florida coast and actually not make landfall. That will allow the storm to maintain its hurricane status as it move up the east coast.

It does look like Isaias will make landfall early next week somewhere near South Carolina or North Carolina before continuing to head north towards New York and the Northeast. 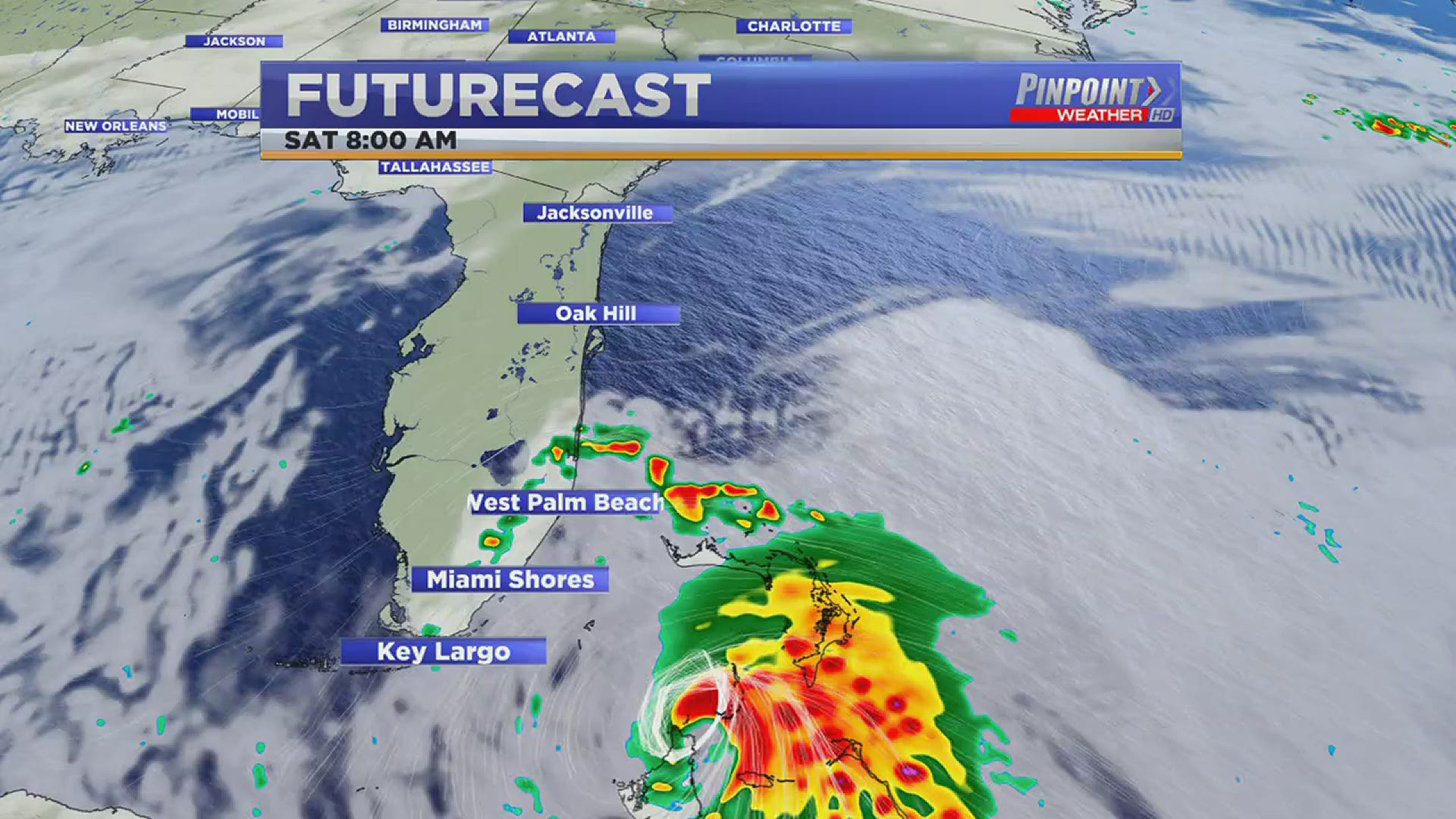 Most of the Florida Coast is under some sort of Tropical Watch or Warning. Expect these to be expanded north up to Georgia and the Carolinas.