Help is pouring in to help victims of Tennessee tornadoes

Those wishing to volunteer to help may reach out by email at helpnow@putnamcountytn.gov. 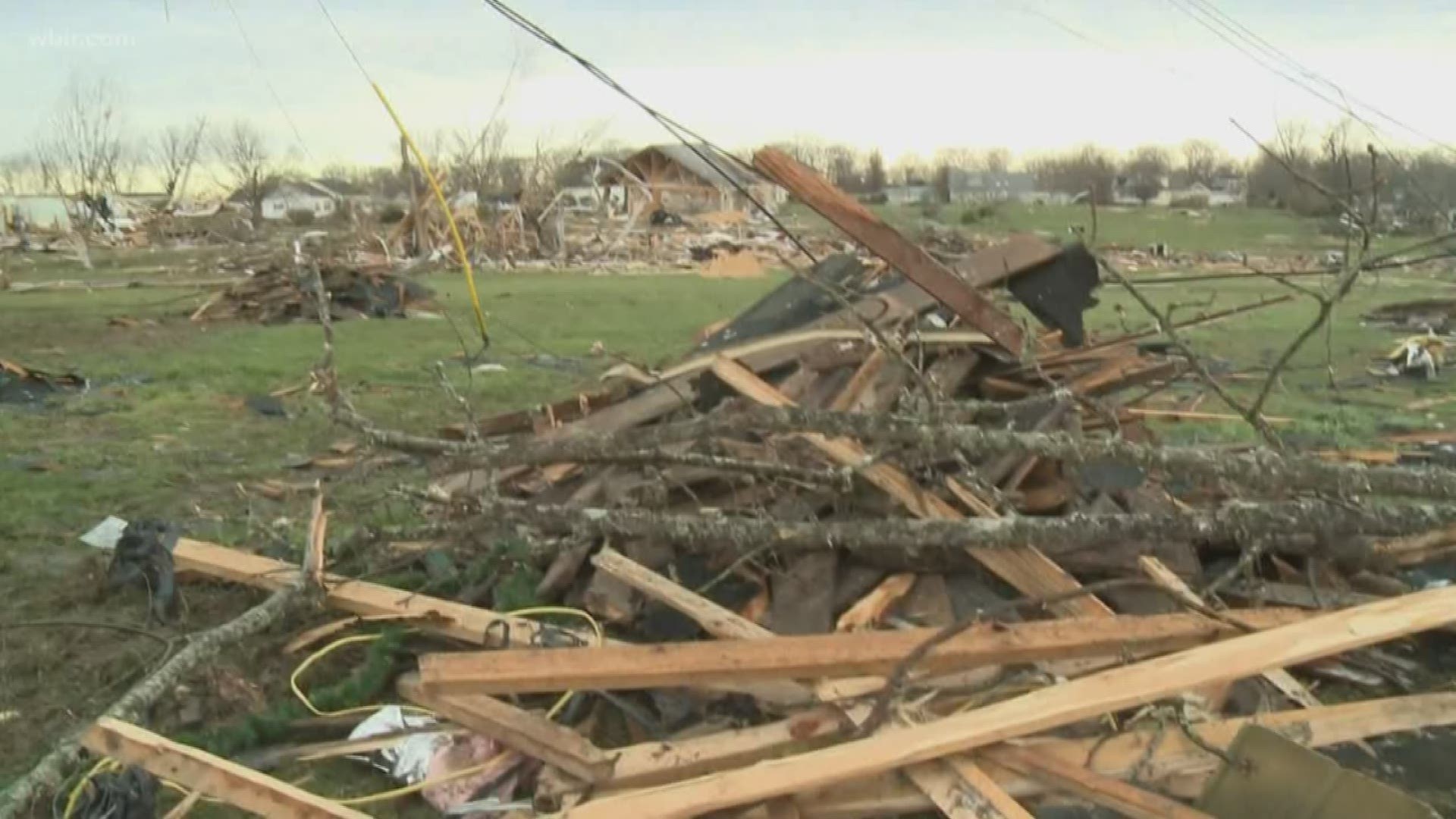 COOKEVILLE, Tenn. — Help is pouring into the Cookeville area of Putnam County which was devastated by a tornado early Tuesday morning.

At least 18 people were killed, dozens injured, and many homes were destroyed.

Those wishing to volunteer to help may reach out by email at helpnow@putnamcountytn.gov.

Officials are asking that volunteers not arrive on Thursday specifically, as they want to keep the roads clear and ensure no one is hurt when power and utility crews work to repair damaged lines and restore utilities across the area. They said they will ask for volunteers to arrive again possibly as soon as Friday, depending on how the work goes.

Officials also have set up the Cookeville Putnam County Tornado Relief Fund for victims, which is the only official designated account with 100 percent of the donations going directly to the impacted victims. People can donate at any Putnam County bank location or send money to the Venmo/PayPal accounts below:

In what used to be subdivisions, piles of rubble remain where homes once stood and families once lived. There's a long road of cleanup ahead.

Early Wednesday morning, a large crowd gathered outside the local Home Depot to volunteer to help clean up debris in neighborhoods and on streets.

Credit: WBIR
A crowd of volunteers gathers to head out to clean up tornado debris.

RELATED: LIST: Names of the lives lost in a tornado near Cookeville

"I'm shocked at the number of people who showed up," one volunteer said. "Anytime there's a need this is how our community responds."

At the Cookeville Community Center, located at 240 Carlen Drive, volunteers are already collecting and sorting through tons of donated supplies.

It's being organized by administrators and students from Heritage Academy.

Folks are welcome to come by and volunteer or drop off donations.

They are particularly looking for bottled water and canned food items, nothing perishable. They don't need clothing but said things like adult diapers, soap and laundry detergent is very helpful.

Knoxville Pays It Forward is collecting supplies for people affected by the tornadoes in Middle Tennessee. They can be dropped off at Admiral Title on Kingston Pike and Midsouth Truck on Rutledge Pike

Most of all, community leaders are asking people to pray for the victims and their families.

They are vowing to rebuild.

The folks at East Tennessee Miniature Horse and Donkey Rescue posted on Facebook that they were collecting supplies for pets, like food, littler towels, carriers and more.

Drop off information can be found in the post below:

Operation Sharing in Oneida loaded up a 16-foot trailer with donations like clothing, food, drinks, diapers and are taking them to Cookeville for tornado victims.

Operation Sharing Tennessee
Thanks to our board president, Jacob Billingsley with PEC, we have l... oaded this 16ft trailer with goods like clothing, food, drinks, diapers, etc., and he is taking to Cookeville to help those devastated by the tornado that hit this week.

Cinnaholic, located at 9450 S Northshore Dr. in West Knoxville, has collected tarps to take to Cookeville. They are collecting them until 9 p.m. Wednesday night. They plan to deliver the donations, along with some cinnamon rolls, on Thursday.

Lots of help is pouring into Nashville, which was also hit early Tuesday. The mayor said Wednesday morning that at least $670,000 had been donated and thousands of volunteers had already signed up to help.