Two tropical storms impacting the Gulf of Mexico this week 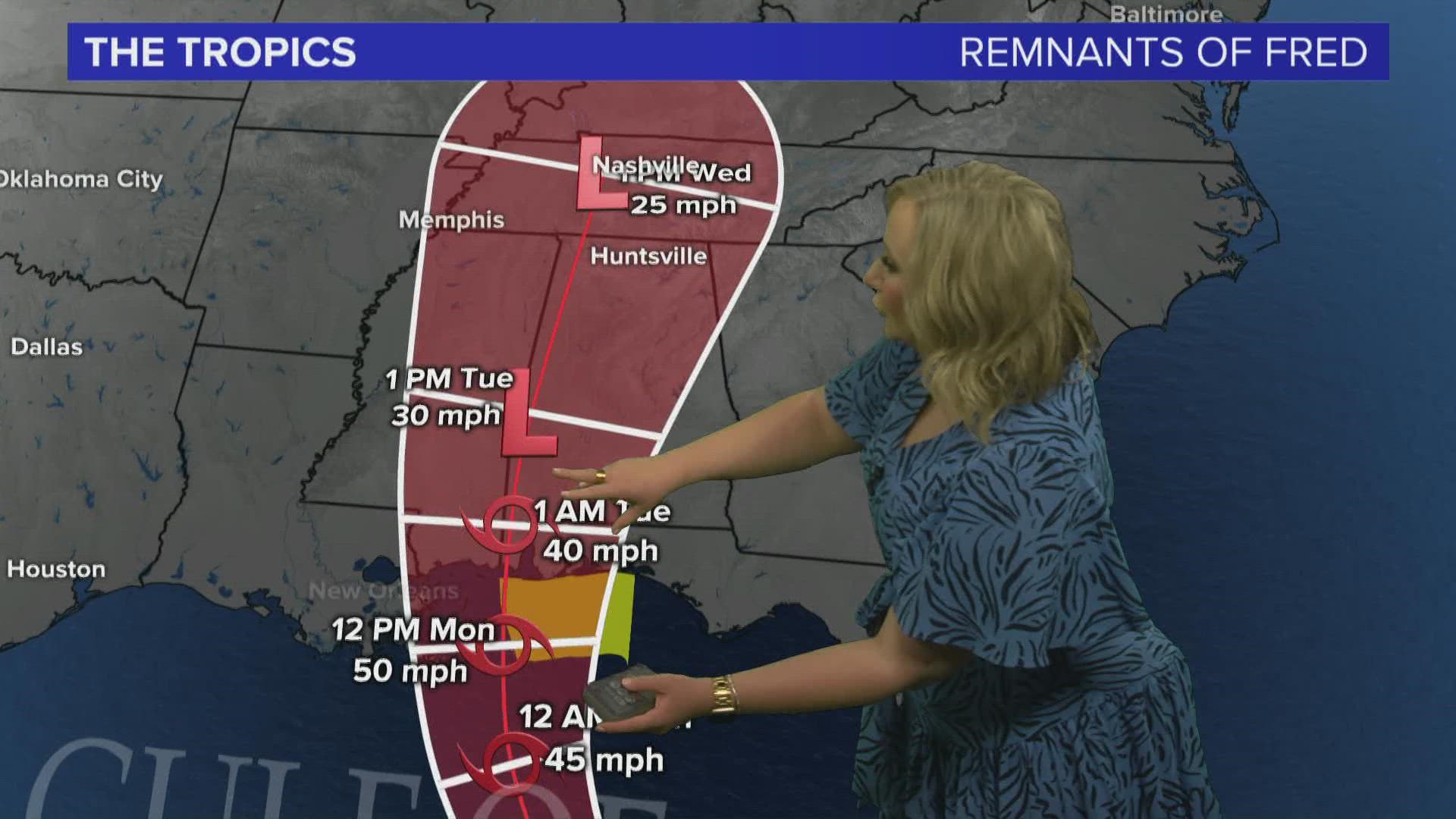 Today through Tuesday, heavy rainfall could lead to areal, urban, small stream and river flooding impacts across southern Florida, the Florida Big Bend, and Panhandle, southern Alabama, portions of Georgia, and the western Carolinas. From Tuesday onwards, heavy rain and flood impacts could continue into other portions of the Southeast and into the southern and central Appalachians and Piedmont as Fred interacts with a front in the area. Dangerous storm surge inundation is possible along portions of the coast of the Florida Panhandle, and a Storm Surge Warning has been issued for this area. Interests in these areas should follow any advice given by local officials. Tropical storm conditions are expected in the Tropical Storm Warning area in the Florida Panhandle beginning on Monday.

Rainfall totals across the southeast will range from 0.02" to 4" in central Georgia, where the eastern side of Fred will pass over. Here in the Tennessee Valley, our rain totals will range from 0.5" to 2". Heavy rainfall that could lead to flash flooding as well as damaging wind gusts will be a possibility.

RELATED: Rain Sticks Around for the End of the Weekend