One of the world's most famous waterfalls rumbles back to life 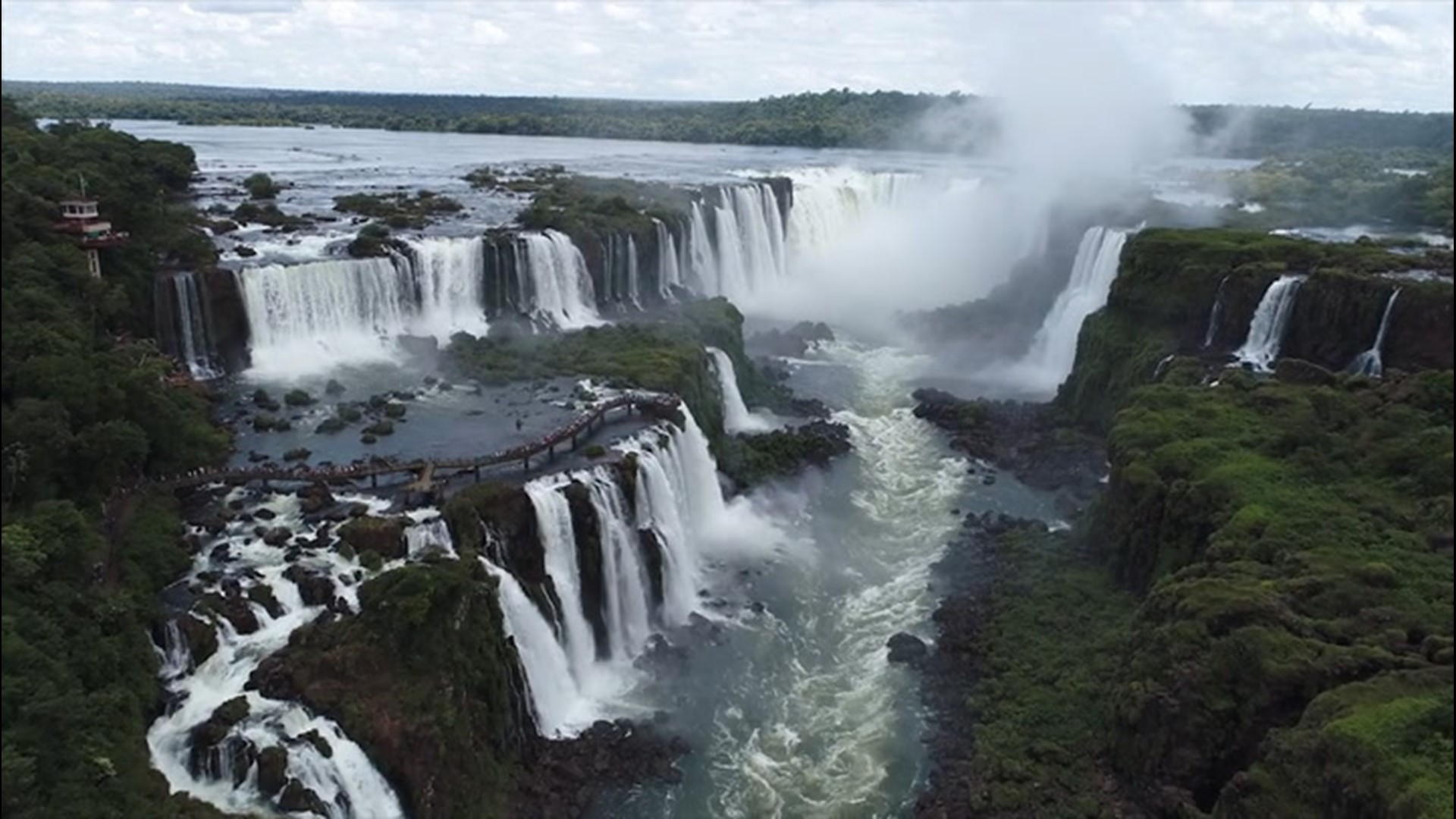 After an abnormally dry rainy season, South America's world-renowned Iguazu Falls, a World Heritage site, is rumbling with life once more. The flow of the 275 waterfalls dramatically slowed at a time when it typically reaches its peak.

The tourist attraction sits on the Brazil-Argentina border, and is second only in height to Victoria Falls, a set of waterfalls at the border of Zambia and Zimbabwe in Africa. Victoria Falls is recognized as the largest falls in the world and is widely seen as one of the seven natural wonders of the world. Around the end of April, Victoria Falls was recovering from a drought that had left its falls nearly dry as Iguazu Falls, which also saw its thundering cascades dry to a trickle.

From April to May, the falls experienced a drought during what is typically the rainy season. The river that feeds into the falls, Iguazu River, was moving at only 13% of its usual flow by the end of April, Reuters reported. Rainfall had been sparse not only during that month, however.

During the drought, the falls had slowed to a trickle. Iguazu looked like a collection of streams, the basin below relatively undisturbed. Now, the scene has roared to life, the river bursting over the falls and once again creating the iconic scene of rainbows in the mist.

When the falls are flowing at or above capacity, as seen in the video below, they are a magnificent force of nature to behold and to hear.

This is Iguazu Falls on the border of Brazil and Argentina. It is also one of the 7 natural wonders of Earth. Also the 3rd largest river in the rain season.
Credit:@lugaresquevocedeveconhecer/ig pic.twitter.com/ipU5WMaoFO

"Rainfall was well below normal from January through April 2020," said AccuWeather Senior Meteorologist Jason Nicholls, adding that November 2019 was the last month that experienced wetter-than-normal conditions.

Brazil's rainy season typically stretches from December to April. Nicholls attributes the lack of rain during the wet season mostly to a weak central Pacific El Niño, when above-normal sea surface temperatures developed across the region. The last time the falls had dried up this drastically, Nicholls said, was in 2006, also during a mostly central Pacific El Niño, a pattern that can affect the weather around the world.

June yielded above-normal rainfall for the region ahead of another dry month in July. Precipitation was well below-normal for the month of July, according to Nicholls, but some wet weather is on the horizon. A wetter pattern is expected to develop around the middle of this week and last into next week, and more rain could follow around Aug. 23 before the month finishes up dry.

Nicholls warned that the development of La Niña, the direct opposite of El Niño, however, could lead to dryness concerns heading into South America's spring and summer. La Niña is characterized by cooler-than-normal water in the Pacific Ocean, close to the equator.

The drought came amid the coronavirus pandemic, which curbed tourist visits as the park closed to the public. In 2019 alone, the park drew more than 1.6 million visitors, according to the website.

Although the recent drought was more moderate than severe, its impacts were largely seen across the two nations and amplified by the pandemic.

At the neighboring Parana River, which was at its lowest level in 50 years by the end of April, ships were left stranded and hydropower production weakened, according to Reuters. Concern began to grow as northeastern Argentina government officials began to worry about the availability of water for drinking and hand washing during the pandemic.

As of Monday, Brazil had the second-highest number of COVID-19 cases, more than 3 million, worldwide behind the United States, where cases had eclipsed 5 million, according to data from the Johns Hopkins University. More than 246,000 cases of COVID-19 have been confirmed in Argentina. With South America remaining a coronavirus hotspot, even with the falls thundering once again, it's unlikely many spectators will have the chance to see Iguazu Falls' revival.