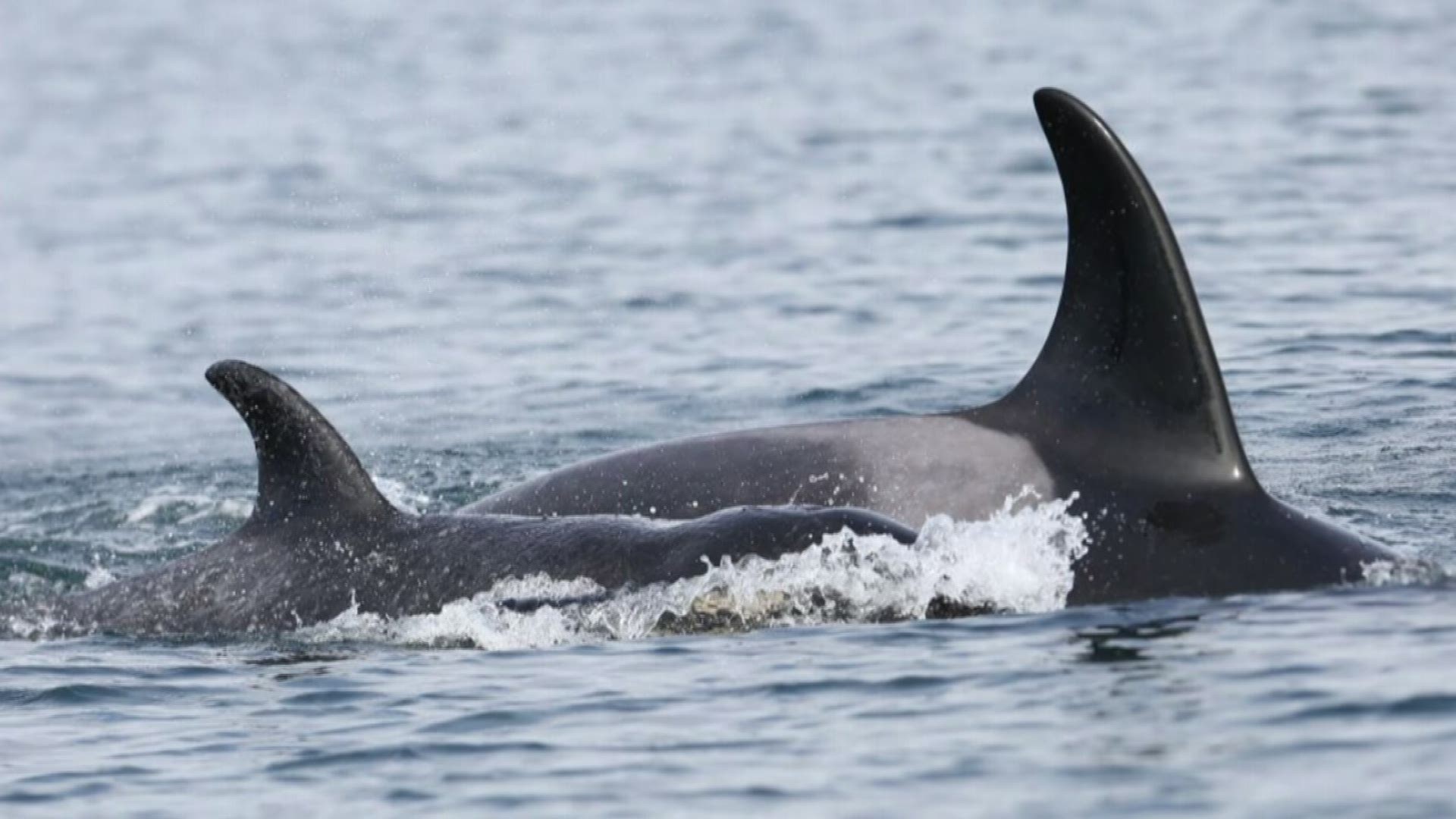 A new study suggests a majority of southern resident pregnancies failed between 2007-14, and the failed pregnancies could be linked to nutritional stress and a low abundance of salmon.

The team’s research found that shrinking salmon runs did more direct damage to the orca’s reproductive success than increased boat traffic in the Salish Sea. During the seven-year study, up to two-thirds of southern resident pregnancies failed.

"These findings indicate that pregnancy failure — likely brought on by poor nutrition — is the major constraining force on population growth in southern resident killer whales," lead author Sam Wasser, a UW professor of biology and director of the Center for Conservation Biology, said in a release.

The study was a partnership between the University of Washington’s Center for Conservation Biology, the National Oceanic and Atmospheric Administration’s Northwest Fisheries Science Center, and the Center for Whale Research. It was published in the journal PLOS ONE Thursday.

The researchers studied the hormone levels in 348 scat samples from 79 orcas.

In female orcas, the hormone levels revealed whether a southern resident was pregnant. Researchers then correlated that data with orca calf sightings to see if the pregnancy was successful.

The researchers also found that in one-third of the failed pregnancies, the orcas’ hormone levels showed more signs of nutritional stress than in orcas that successfully gave birth.

"During years of low salmon abundance, we see hormonal signs that nutritional stress is setting in and more pregnancies fail, and this trend has become increasingly common in recent years," Wasser said in a release.

Salmon makes up more than 95 percent of an orca’s diet, with Chinoon salmon making up about three-quarters of their total diet.

The whales metabolize their fat when they don't eat enough fish, and that can have lethal consequences. Wasser's team found that a healthy diet, however, can over-ride the toxins.

"By being able to show the fish are really the key, even though toxins are really bad, if you keep the fish high, the toxin impact is going to be low," he said.

For Wasser, salmon habitat restoration needs to ramp up, especially in the Columbia River and its tributaries like the Snake River, where activists are pushing to remove a series of dams. Losing southern resident orcas, he says, will have deleterious effects on the entire ecosystem.

"You pluck out that top level predator and this whole cascade, we call it trophic cascades, the whole system starts to unravel," he said. "When you lose a top predator, you're not just losing a top predator."