The company said the program continues to approach human space flight with this mission including a crew capsule outfitted with upgrades for astronaut experience. 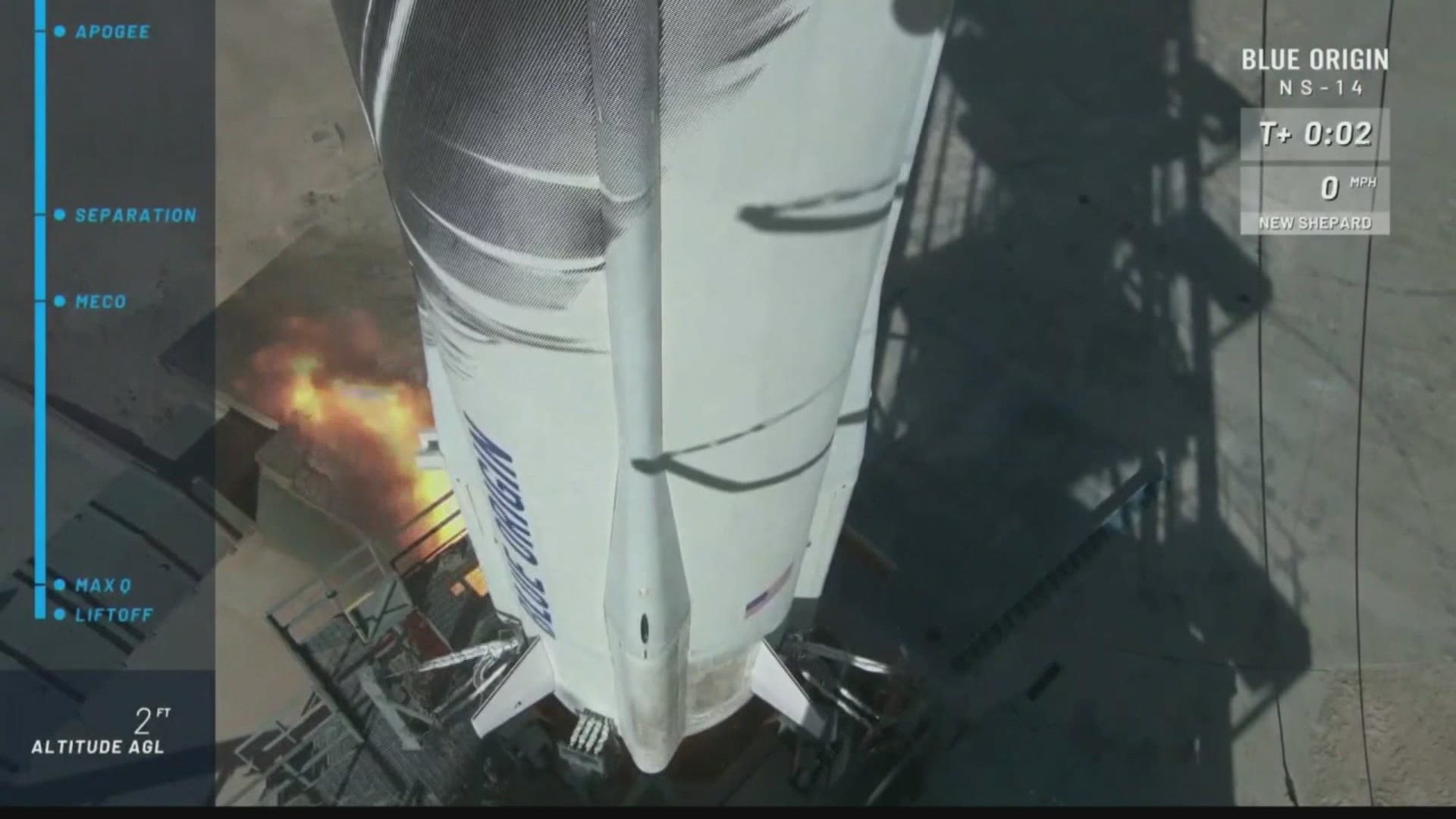 VAN HORN, Texas — Blue Origin, which has a factory in Huntsville, Alabama, shared the liftoff of its New Shepard flight January 14 from a launch site in West Texas.

The company said the program continues to approach human space flight with this mission including a crew capsule outfitted with upgrades for the astronaut experience.

Additionally, the company said the mission will test several astronaut communication and safety alert systems. There will be six seats in the capsule, including one occupied by "Mannequin Skywalker."

Blue Origin's nonprofit organization, Club for the Future, will fly more than 50,000 postcards to space and back from students around the globe, with some of them flying in the mannequin's pockets. If you'd like to participate in the program, check out the Blue Origin Club for the Future website.

To ensure safety, Blue Origin said all mission crew for this launch will exercise strict social distancing and safety measures to help prevent the spread of COVID-19.

Blue Origin also gave viewers a look at Huntsville in its launch video:

IN OTHER NEWS: U.S. Space & Rocket Center and FBI sign memorandum of understanding