NASA conducted a full-stress launch abort test Tuesday, July 2, for the Orion capsules designed to carry astronauts to the moon. 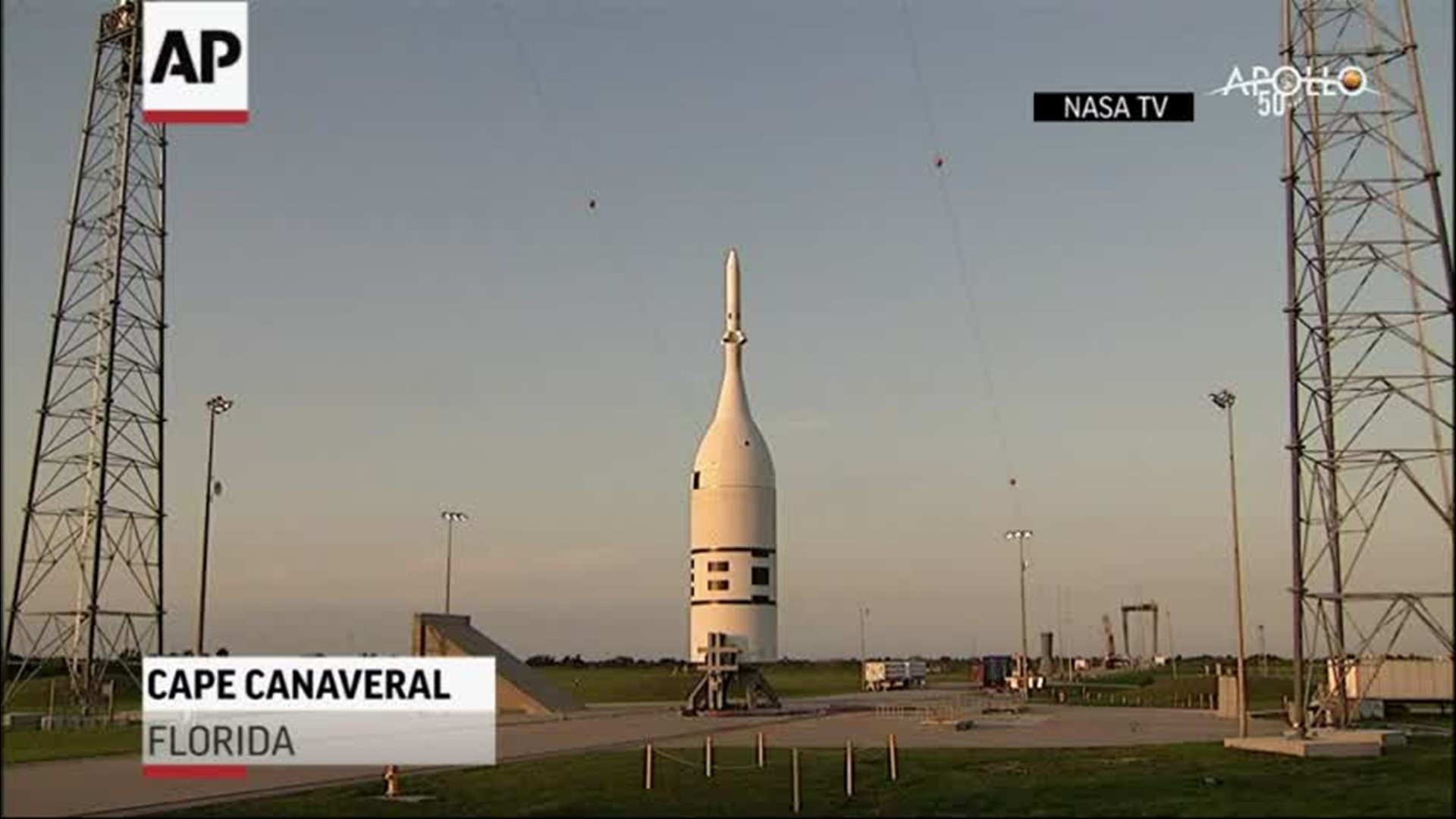 The capsule was empty for the morning demo, which officials said appeared to be successful.

Barely a minute after liftoff from Cape Canaveral Air Force Station, the abort motor fired, pulling the capsule from the booster about 6 miles (10 kilometers) up. The capsule continued upward another 2 miles (3 kilometers), then flipped to jettison the abort tower.

NASA chose not to use parachutes to keep this test version of the capsule simple and thus save time, and so it crashed into the Atlantic at 300 mph (480 kph) as planned, the three-minute test complete. Twelve data recorders popped off in bright orange canisters before impact, for ocean retrieval.

“By all accounts, it was magnificent,” said program manager Mark Kirasich. It will take a few months to go through all the data collected by the hundreds of vehicle sensors, he said.

The NASA Orion spacecraft capsule splashes down in the Atlantic Ocean after a launch from the Cape Canaveral Air Force Station Tuesday, July 2, 2019, in Cape Canaveral, Fla. This was a test of the capsule&#8217;s launch abort system (LAS), which is a rocket-powered tower on top of the crew module built to very quickly get astronauts safely away from their launch vehicle if there is a problem during ascent. (AP Photo/John Raoux)

A launch abort system on a Russian rocket saved the lives of two astronauts last October. They launched again in December, this time making it to the International Space Station, where they’re still working.

“It had been 35 years since anyone on the planet had had to exercise their launch abort system,” NASA astronaut Randy Bresnik told reporters Monday. “That was definitely a good message to all of us that, ‘Hey, this is serious stuff. This isn’t just an OK, it probably won’t happen.’ We need to be ready.”