In 1952, the United States sent two Philippine macaque monkeys, Patricia and Mike, 36 miles into our atmosphere. Fired at speeds of 2,000 miles per-hour, they b... 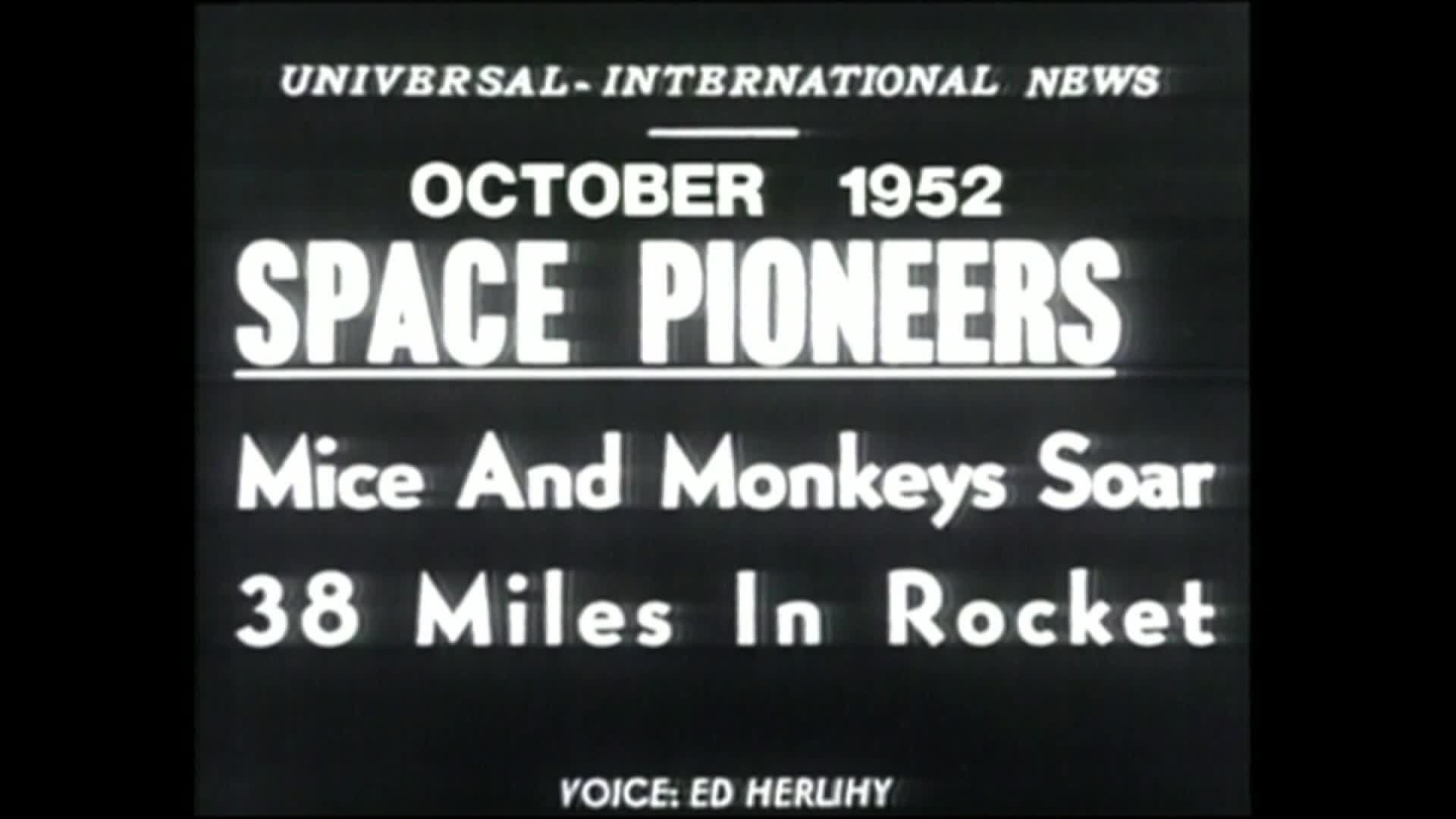 It began as a tale of mice and monkeys.

In 1952, the United States sent two Philippine macaque monkeys, Patricia and Mike, 36 miles into our atmosphere.

Fired at speeds of 2,000 miles per-hour, they became the first primates to reach such altitudes. Flying alongside the monkeys were two white mice.

The space race was now underway with the United States and the Soviet Union competing to be first to conquer the unknown.

The Soviet Union leaped ahead in space exploration by putting the Sputnik 1 satellite in orbit in 1957.

The 184-pound beeping ball was launched on 4 October 1957. It became the first man-made object to orbit the Earth.

The Soviets didn’t have time to work out a re-entry strategy, so Laika died onboard the spacecraft.

The Soviet Union had experimented with launching dogs on short suborbital missions during ballistic missile tests, and some of them survived several such missions.

All of them were stray dogs – doctors believed they were able to adapt quicker to harsh conditions – and all were small so they could fit into the tiny capsules.

Stories about how she was chosen vary. Some say Laika was chosen for her good looks – a Soviet space pioneer had to be photogenic.

Explorer 1 became the first successfully launched satellite by the United States, when it was sent into space on 31 January 1958.

On 28 May 1958, the Unites States sent two monkeys, Able and Baker, into space, aboard an Army Jupiter Missile. They reached a 300-mile altitude and returned to Earth unharmed.

The Soviet Union launched the first man into space, cosmonaut Yuri Gagarin, in a 108-minute orbital flight on 12 April 1961.

American Alan Shepard made a suborbital flight in May 1961.

That same month, US President John F. Kennedy set a deadline of putting a man on the moon by the end of the decade.

On 20 February 1962, the United States sent John Glenn into space.

He became the first U.S. astronaut to orbit the Earth and spent 4 hours, 55 minutes and 23 seconds in space.

Ranger 7 was the first US space probe to transmit close images of the lunar surface back to Earth.

On 31 July 1964, Ranger 7 approached the moon and transmitted 4,316 images in the 15 minutes before it impacted the lunar surface.

The Soviet Lunar 9 was the first spacecraft to achieve a lunar soft landing and to transmit photographs of the Moon’s surface back to Earth.

The United States followed in June that year, landing the Surveyor 1 spacecraft on the lunar surface.

On 27 January 1967, astronauts Virgil I. ″Gus″ Grissom, Roger B. Chaffee and Edward H. White II were killed in an electrical fire, trapped inside the Apollo 1 capsule at the Kennedy Space Center in Florida.

The Apollo 1 fire was shocking not only because of the deaths, but because the accident followed 16 consecutive successful flights of the Mercury and Gemini series.

The Apollo 8 mission is considered to be NASA’s boldest and perhaps most dangerous undertaking.

That first voyage by humans to another world set the stage for the still grander Apollo 11 moon landing seven months later.

The mission was whipped together in just four months in order to reach the moon by year’s end, before the Soviet Union.

But without Apollo 8, NASA likely would not have met President John F. Kennedy’s deadline of putting a man on the moon by the end of the decade.

Disclaimer: British Movietone is an historical collection. Any views and expressions within either the video or metadata of the collection are reproduced for historical accuracy and do not represent the opinions or editorial policies of The Associated Press.

Courtesy of The Associated Press