A brain injury changed their lives. Recovery meant relearning everything—including their love for one another.

A brutal robbery left TC Maslin with a traumatic brain injury at 29. He and his wife Abby share their story of recovery to inspire other survivors and caregivers. 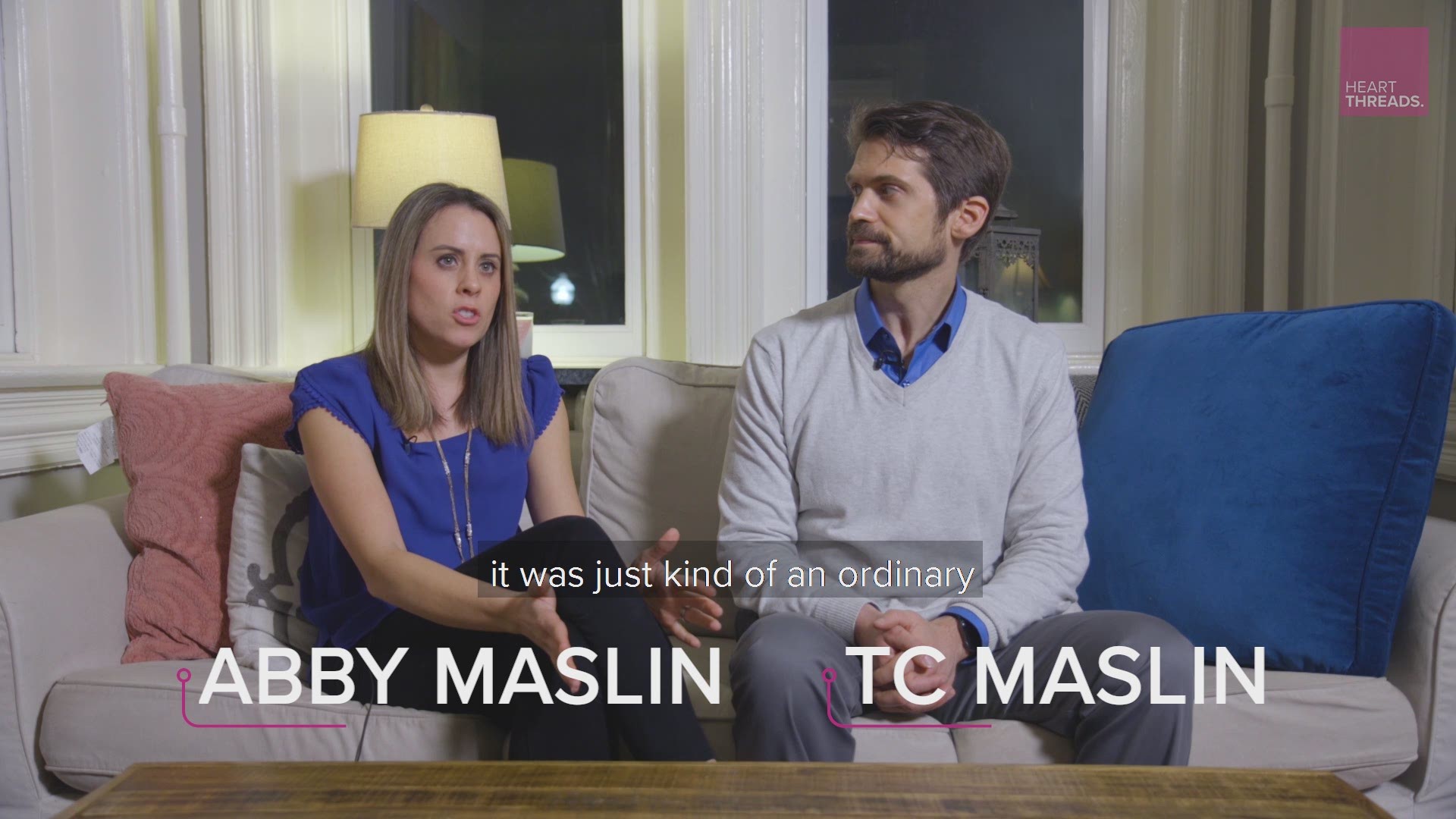 WASHINGTON D.C., DC — Seven years ago, Abby Maslin’s life changed forever the minute she woke up and discovered her husband was missing.

TC Maslin had gone to a Nationals baseball game the night before with some friends. It was strange that he hadn’t returned, but there could still be an explanation, Abby reasoned. She told herself he probably just stayed with friends.

But after a few hours, Abby could no longer keep her creeping panic at bay. She called the police and TC’s friends, trying in agony to find information on his whereabouts.

Finally, the police confirmed her worst fear: her husband had been gravely injured. She learned in bits and pieces what happened to him after the baseball game: Three men had attacked him at random in an attempted robbery. Just a few blocks from the family’s home, the men bashed TC’s head with a baseball bat.

After the assault, TC stumbled through the neighborhood, trying to find help. Someone found him more than eight hours later, passed out in front of a house.

By the time Abby was on the way to the hospital, TC was in brain surgery. Eventually, doctors gave her some good news: They predicted TC would survive the surgery, which involved removing part of his skull and embedding it in his abdomen to protect the bone while allowing his brain to swell.

But so much was still unknown. Doctors said it was very unlikely TC would ever walk or talk again. There was a good chance his personality could be altered entirely.

Though she was scared and overwhelmed, Abby stayed by her husband’s side, caring for him after surgery.

After the initial surgery, TC faced a long road to recovery. As doctors suspected, he had lost the ability to speak or walk. But through intensive physical and speech therapy, he slowly made progress regaining the abilities which had been robbed from him.

RELATED: He uses a wheelchair. She doesn’t. Together, this couple proves all people deserve love

Abby, a teacher by profession, dedicated herself to developing a speech curriculum for TC. As a result of the assault, TC had developed a condition called aphasia, which is a loss of the ability to understand and express speech.

But as TC began the slow uphill climb towards recovery, Abby felt herself slipping backward. She was caring for both TC and their young son Jack, and eventually her parents who were also dealing with health issues.

The stress also took a toll on Abby and TC’s marriage, sparking tension and frustration between them.

“When you're a caregiver and you are the spouse of the person that you're giving care to, you find yourself in an interesting position of knowing very intimately this other person's needs... and then also faced with this kind of external pressure to have a romantic relationship with the same person. And sometimes that's just at odds,” Abby said.

At one point, overwhelmed by the prospect of a lifetime of caregiving, Abby considered suicide.

But eventually, Abby found healing of her own by prioritizing her personal well-being. She found solace in blogging about her family’s experience and practicing yoga. Gradually, she and TC repaired their marriage, finding hope in a new type of relationship that wasn’t built on superficial expressions of affection, but instead on a deep sense of love and admiration for one another.

In 2014, TC achieved his goal of returning to work. Four years after the assault, Abby gave birth to a baby girl, Rosie. In 2019, Abby published a memoir called “Love You Hard,” an honest retelling of the ups and downs they had endured.

She hopes the book and her family's story will bring hope to others who are struggling with the burden of caregiving.

“I really do want caregivers to recognize that their lives have meaning too and they still have an obligation to themselves to make the most of every day that they have,” she said.

TC says he’s grateful for his recovery and tries to never take anything for granted.

“On a day to day basis, I just try to pinch myself and be like, wow, I'm so happy to not just work but you know, family and, and my children and my health and all of that. I just tried to be in the present moment and really absorb all of the positivity that I'm surrounded with,” he said.

If you or someone you know needs help, the Suicide Prevention Lifeline is a free and confidential support for people in distress. It is available every day, all day. The number is 1-800-273-8255 or visit the website here.

HeartThreads are the best stories about the best of us. Want more? Follow us:

heartthreads on Snapchat
Watch this Story!