Charity Chambers has spent the last three years as the Weekend Sports Anchor at WZDX. This was her final week on the job. Kayla & Mo shared vivid memories of her. 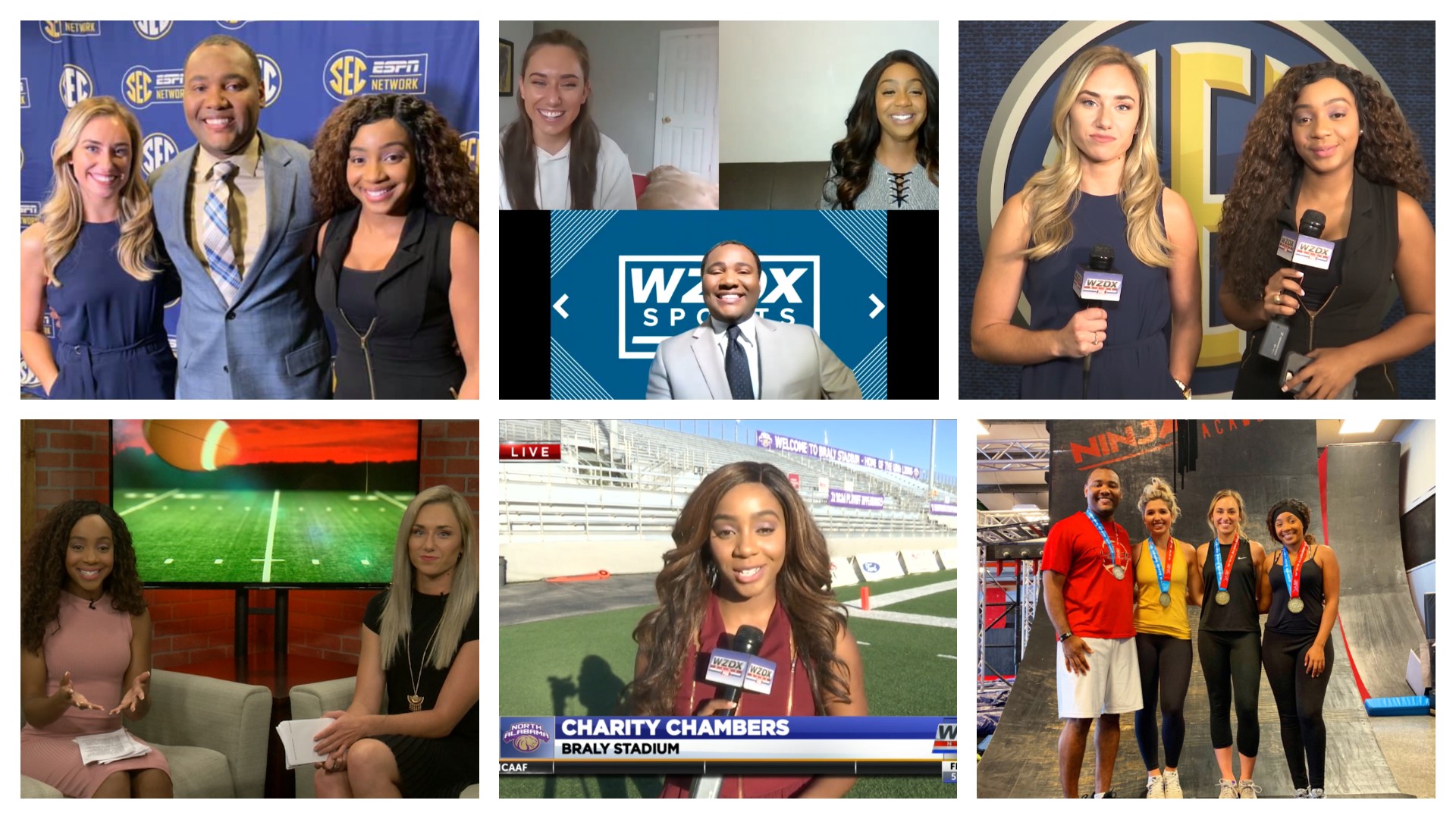 HUNTSVILLE, Ala. — For the past three years, Charity Chambers has served as the
Weekend Sports Anchor at WZDX here in Huntsville. This was her final week on the job. Kayla & Mo shared vivid memories of her on Sunday's episode of WZDX Sports XTRA.

Charity came to Huntsville from Arkansas where she worked as a reporter in news and sports. She hit the ground running with stories about Coach Alvin Rauls at Buckhorn and the hiring of Coach Tony Pujol at UNA.

Despite being an alumna of Texas A&M, Charity still found a way to tell great stories about SEC foes Alabama and Auburn to the local audience.

Along with Mo Carter & Kayla Carlile, Charity was instrumental in helping create "Sports XTRA," a show that airs every Sunday night at 10 PM on WZDX.

She would also serve as a co-host of the WZDX's First Down Friday Night during the high school football season.

After three years, Charity has decided to step away from the media industry and try her hand at real estate in the Birmingham area with her newlywed husband.

Charity was a special talent and she will be missed dearly. If you want to stay connected with Charity, then make sure to follow her via
twitter: @CharityCSports .

RELATED: Sports. It's more than "just" a game.