FLORENCE – Stetson built a 19-point lead in the second half and held off a North Alabama rally to record a 54-49 road win over the Lions Thursday evening in ASU... 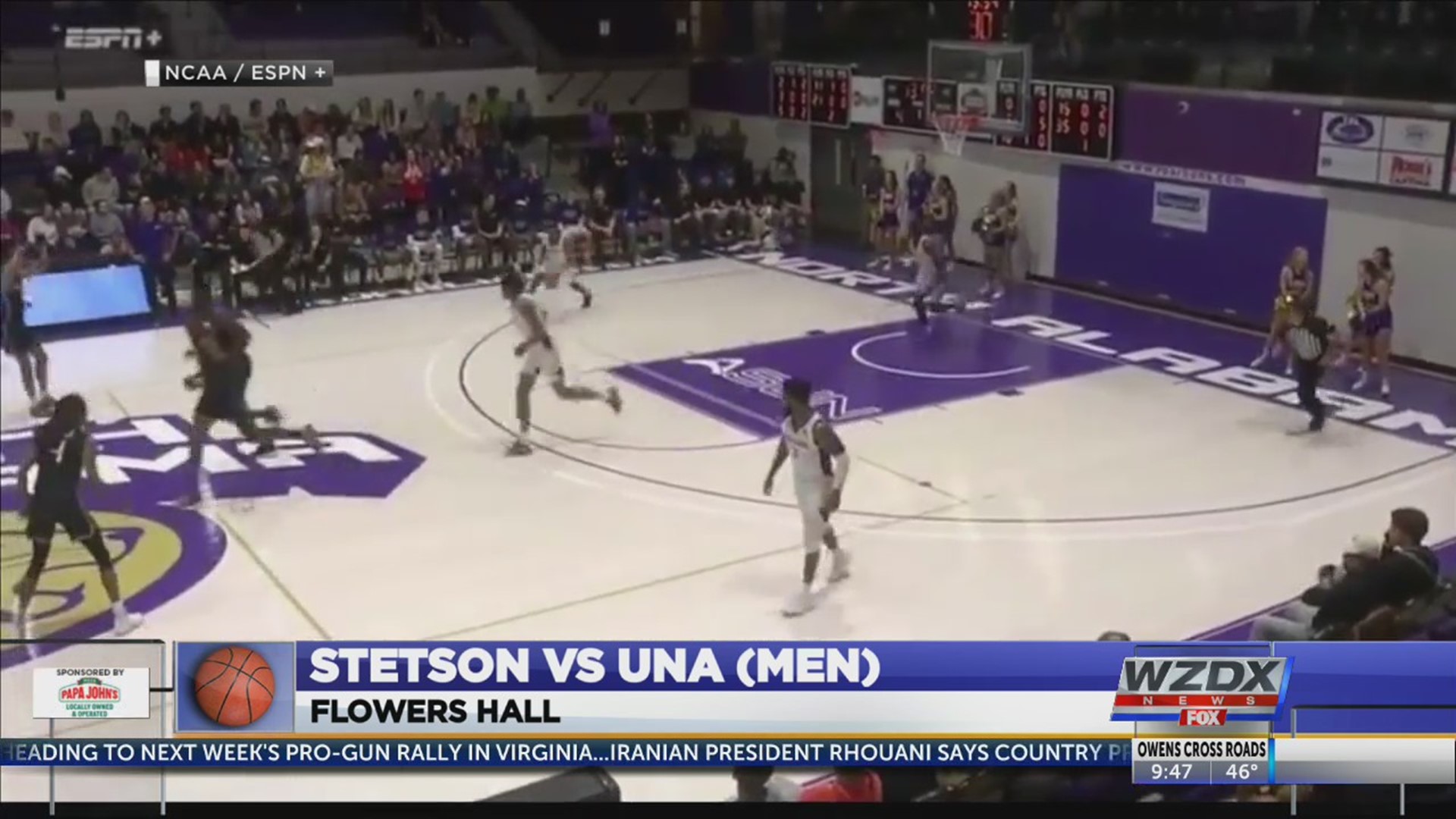 FLORENCE – Stetson built a 19-point lead in the second half and held off a North Alabama rally to record a 54-49 road win over the Lions Thursday evening in ASUN Conference men’s basketball action. The loss gives UNA a 7-11 overall record and drops the team from third to sixth place in the league standings with a 2-3 ASUN record.

North Alabama struggled to find offense in the first half and trailed 26-13 at the break. Stetson extended its lead to 38-19 with 13:21 remaining before holding off the Lions. Christian Agnew and Emanuel Littles sparked the comeback attempt, scoring six points each during a 12-3 run to get UNA within striking distance.

UNA got within five down the stretch, but could get no closer. After another basket by Agnew made the score 46-41, the Lions forced a miss on the ensuing Stetson possession. The Hatters, however, grabbed an offensive rebound and drew a foul. Rob Perry hit 1-of-2 free throws before Stetson added another jumper to push the lead to 49-41 with under two minutes remaining.

North Alabama missed its next five shots from the floor while the visitors hit five of their next six free throws to seal the win.

Littles finished with a double-double that included 12 points and a game-high 17 rebounds. Perry led Stetson (8-11 overall, 2-2 ASUN) with 18 points.

UNA will host Florida Gulf Coast on Saturday. Tip-off is set for 3:30 p.m. at Flowers Hall