LYNCHBURG, Va., – After watching a 12-point lead slip away in the closing minutes of regulation, the University of North Alabama women’s basketball team o... 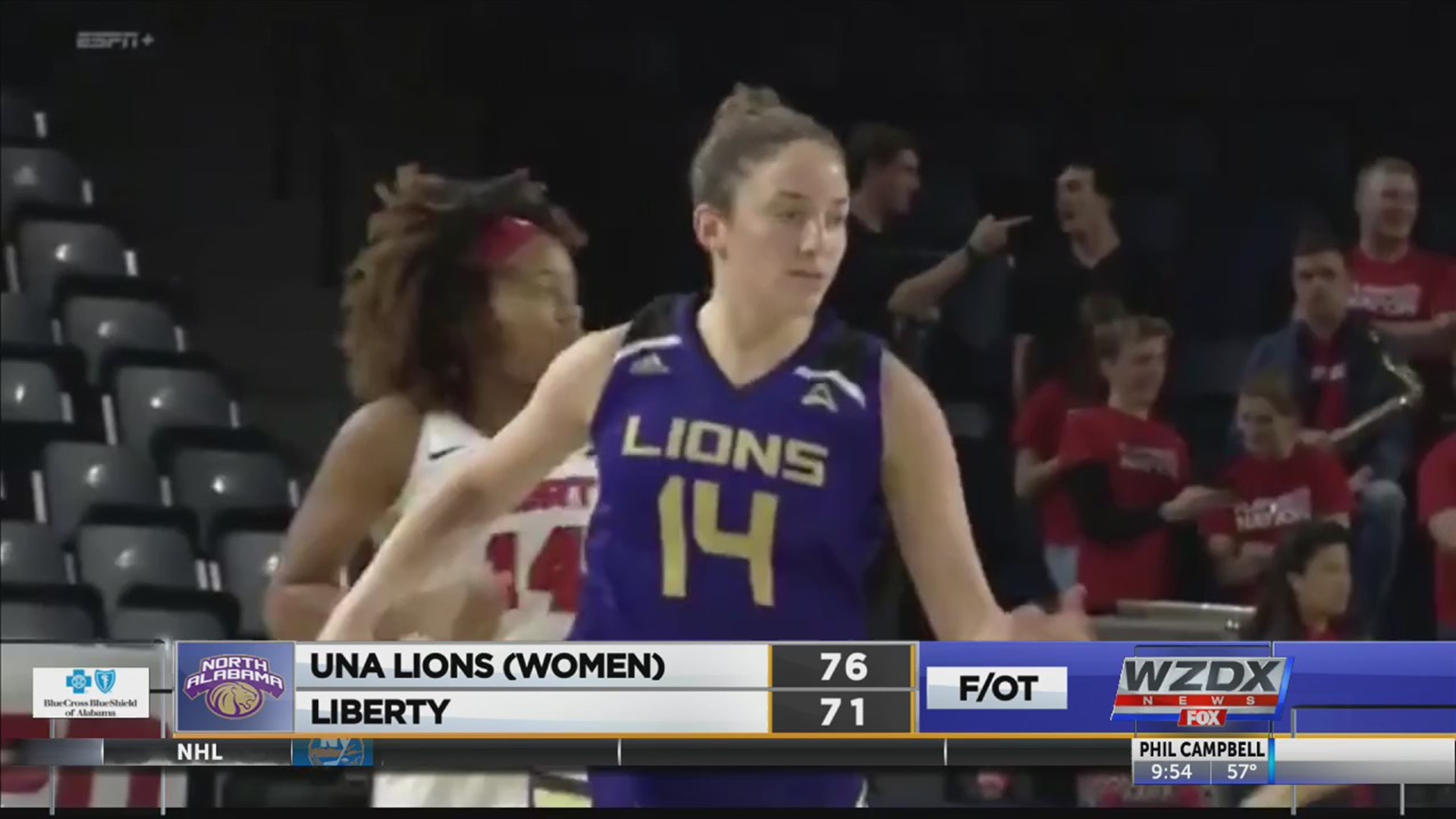 LYNCHBURG, Va., – After watching a 12-point lead slip away in the closing minutes of regulation, the University of North Alabama women’s basketball team outscored Liberty 9-4 in overtime to grab a 76-71 road win Monday evening in ASUN Conference play. With the win, UNA improves to 13-3 overall and remains a perfect 4-0 in league play, setting up a key showdown Saturday against fellow conference unbeaten FGCU at Flowers Hall.

On Monday, four UNA players reached double figures in scoring and the Lions hit nine three-point baskets. The biggest trey came in the closing seconds of the extra period with North Alabama nursing a 72-71 lead. Ivy Wallen ran the shot clock down and connected from the right wing. The three-pointer gave the Lions a four-point lead with 20 seconds remaining.

Liberty missed a trey on the ensuing possession and Wallen hit 1-of-2 free throws with 2.2 seconds left to ice the game.

UNA appeared to be in control after a three-pointer by Olivia Noah gave the Lions a 64-52 lead with less than three minutes to play. The Lady Flames, however, closed regulation on a 15-3 run to force overtime. Liberty converted two three-point plays down the stretch while the Lions went 0-for-4 from the floor.

A pair of free throws by Keyen Green tied the game at 67-67 with 2.2 seconds remaining. UNA called timeout to move the ball to half court, but could not get a shot off.

In overtime, the two teams traded baskets before Noah hit her third trey of the game to put the Lions ahead for good. Liberty added a basket to close to within a single point before Wallen’s shot proved to be the dagger.

Noah finished with 13 points on 5-of-8 shooting. Brittany Panetti scored 14 points before fouling out to send Green to the line at the end of regulation. Kenysha Coulson rounded out the top scorers for the Lions with 12 points.

After trailing 15-11 at the end of the first quarter, UNA shot 43.8 percent from the floor in the second to grab a 32-31 lead heading into the break. Neither team led by more than four points in the second half until the Lions stretched the lead to 12 with 2:59 remaining.