North Alabama shot 57.4 percent from the floor and hit 13 three-point baskets in a 91-58 home win over Lipscomb Monday evening in ASUN Conference women’s ... 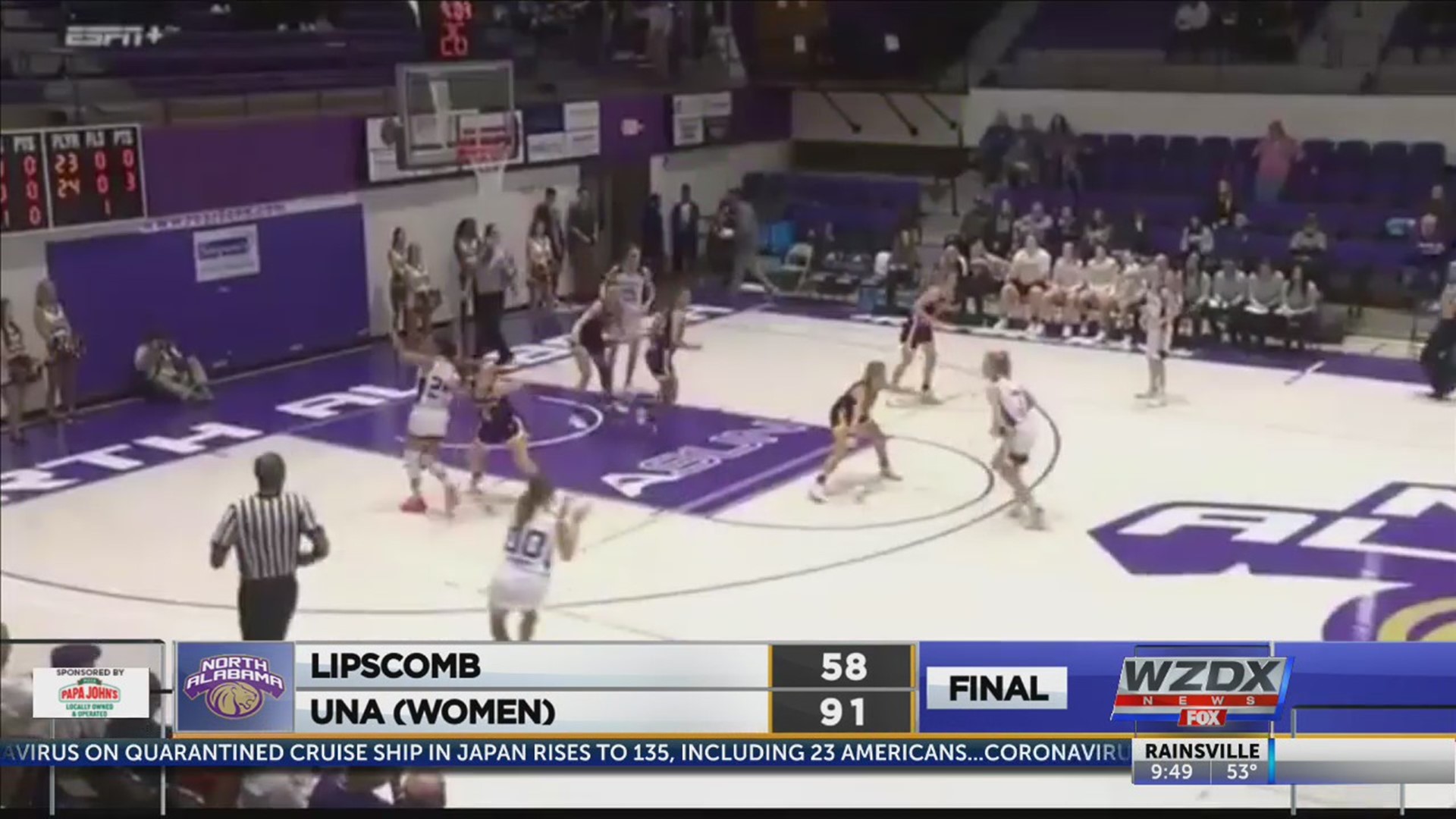 North Alabama shot 57.4 percent from the floor and hit 13 three-point baskets in a 91-58 home win over Lipscomb Monday evening in ASUN Conference women’s basketball action. The third straight win, along with losses by Jacksonville and North Florida on the same night, give the Lions a two-game lead for second place in the ASUN standings with an 8-3 league record.

Brittany Panetti turned in a season-high 26 points and just missed a double-double with nine rebounds on the night. The senior from Katy, Texas was 10-of-13 from the floor and added a steal and a blocked shot.

The Lions (17-6 overall) outscored Lipscomb in every quarter, including a 23-12 advantage to start the game. After the Bisons hit a three-pointer on the game’s first possession, UNA reeled off 11 straight points, including eight from Panetti, and never looked back. UNA led 21-12 in the closing seconds of the opening quarter when Ivy Wallen drove the lane for a basket to give the home team an 11-point advantage at the end of the period.

The Bisons got within seven twice early in the second quarter before North Alabama took control. Following a Lipscomb basket that made the score 26-19 at the 7:50 mark, all five UNA starters scored baskets during a 10-0 run to give the Lions a 17-point lead and the midway point of the quarter.

The lead remained double digits the rest of the way. A free throw by Panetti with less than a second remaining gave UNA a 45-31 lead at the break.

Lipscomb got within 12 twice in the third quarter but could get no closer. After consecutive baskets by the Bisons cut the lead to 53-41, Jaida Bond started an 11-0 run for the Lions with a trey from the left wing. Panetti capped the run with a basket with 2:48 left to give North Alabama a 64-41 lead. UNA led 64-47 heading into the final period.

The Lions had their largest lead midway through the fourth quarter. Ansley Eubank found Panetti under the rim for another basket to make the score 83-49 with 6:19 remaining. UNA emptied the bench down the stretch.

Emma Wallen finished with 16 points for the Lions. Bond had five three-pointers to total 15 points while Ivy Wallen and Kenysha Coulson turned in 11 points each. Ivy also had a season-high 17 assists to reach double figures in the category for the eighth time this year.

UNA will travel to Jacksonville, Fla., to face North Florida on Saturday. Tip-off is set for noon (CST) at the UNF Arena.