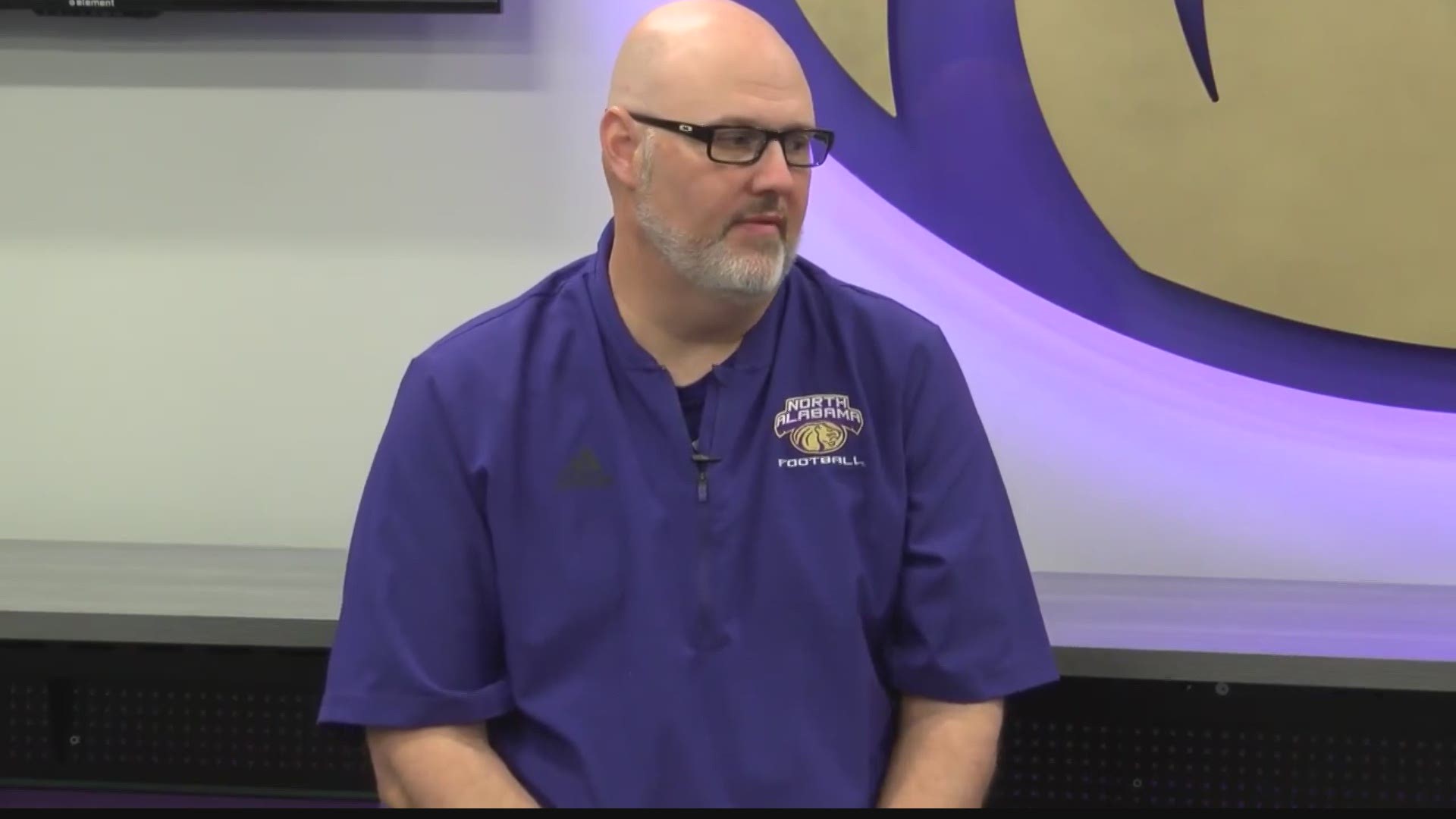 FLORENCE, Ala. — The University of North Alabama will face a demanding 11-game football schedule in 2021 that will include five games against teams that are nationally ranked during the current spring FCS season.

The Lions, competing as a member of the Big South Conference in 2021, will play seven games against league opponents and four against non-conference teams.

UNA will open the season on September 4 in Hammond, La., against Southeastern Louisiana in the first meetings between the two schools since 1978 when they were both members of Division II and the Gulf South Conference.

The Lions will then open their home schedule on September 11 at Braly Stadium against Chattanooga. That will be the first of five home contests for UNA this Fall. The only previous meeting between the Lions and Mocs was in 1963.

UNA will travel to play rival Jacksonville State in week three, taking on the Gamecocks in Jacksonville on September 18. JSU is currently 9-2 entering the FCS Playoffs. The game will be the 49th all-time meeting between the Lions and Gamecocks.

The final non-conference game will also renew an old GSC rivalry as UNA travels to Thibodaux, La., to face Nicholls State on Sept. 25. The Lions and Colonels have not played each other since 1976.

The first Big South Conference opponent on the UNA schedule is Campbell, with the Camels coming to Florence for an October 2 meeting. The Lions won the last meeting in Florence 25-24 on a walk-off field goal as time expired.

On October 9, UNA will travel to Greensboro, N.C., to face North Carolina A&T for the first time.

New Big South member Robert Morris will make the trip to Braly Stadium on October 16 as the Lions will celebrate Homecoming against the Colonials.

UNA will have its second straight home game on October 23 against Charleston Southern.

After an open date on October 30, the Lions will travel to West Long Branch, N.J., to face two-time defending Big South champion Monmouth.

North Alabama's final home game of the fall will be on November 13 against perennial FCS power Kennesaw State. It will be the Owls first trip to Braly Stadium.

UNA closes its season on November 20 in Hampton, Va., against the Hampton Pirates.

North Alabama went 4-7 in its last full season in 2019, losing three games by a touchdown or less and the other four to nationally ranked teams, all on the road.

The 2021 season will be the final transitional year for UNA as the Lions will be eligible to compete in the NCAA post-season beginning in 2022.