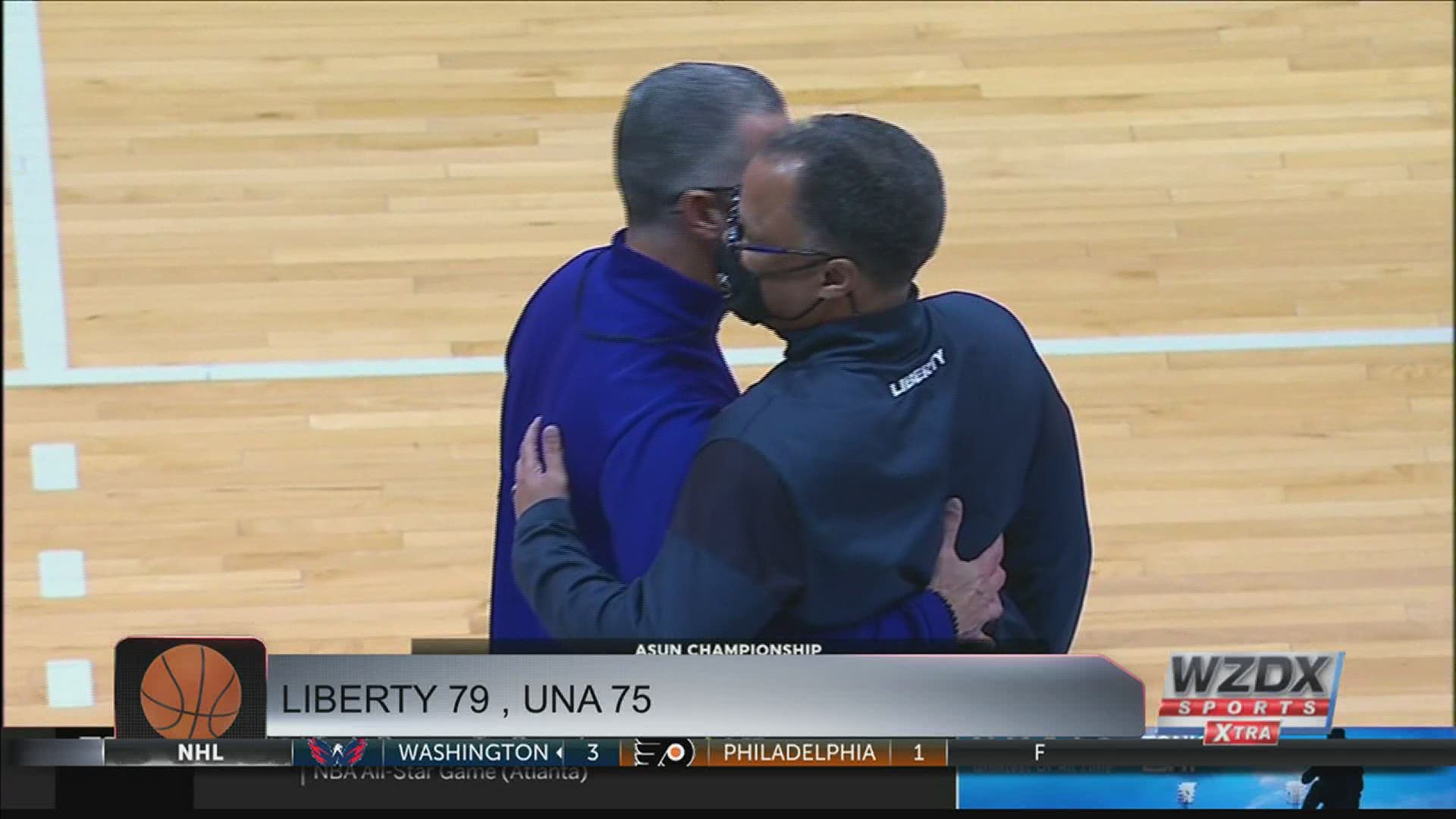 JACKSONVILLE, Fla. — The top-seeded Liberty Flames earned their third-straight trip to the NCAA Tournament with a 79-75 victory against No. 5 North Alabama on Sunday afternoon. ASUN Player of the Year & Championship Most Valuable Player, Darius McGhee led the way with 21 points to send the Flames to their sixth-ever appearance in March Madness.

Liberty held a 10-point lead at halftime and remained in front for the majority of the contest before a surge from the Lions brought the final decision of the game into question. Mervin James' three-pointer with 4:23 left in the game gave UNA its only lead of the game at 70-69 as the Lions stormed back from down 12 in the second half. The Flames closed the game on a 10-5 run behind triples from McGhee and Kyle Rode. Chris Parker sealed the game and trophy with two free throws with 11 seconds remaining.

Four players finished in double-figure scoring for the Flames led by McGhee as Rode (15), Blake Preston (10) and Keegan McDowell (10) added to the offensive display. As a team, Liberty shot 46.7 percent from the floor and connected on 10 triples on 25 attempts. The Flames missed only one free throw on 14 attempts to seal up their third ASUN Championship title.

Final from the ASUN Championship in Jacksonville. Congratulations to the Lions on an incredible run! They fought hard until the end. A season to remember – a team to remember. Thank you seniors for your leadership! #RoarLions pic.twitter.com/ppszMy4LFa

Balanced scoring led North Alabama with 16 points from Mervin James followed by C.J. Brim (15), Payton Youngblood (14) and Jamari Blackmon (11). The Lions connected on 12 triples on 29 attempts while shooting a better percentage from the floor (48.2). James neared a double-double with eight rebounds, while Detalian Brown led the Lions with four assists to go along with nine points.

Ritchie McKay & @CoachPujol are the first minority Head Coaches to square off in the #ASUNMadness Championship Final in league history. #ASUNBuilt pic.twitter.com/MKxrRd4vZ5