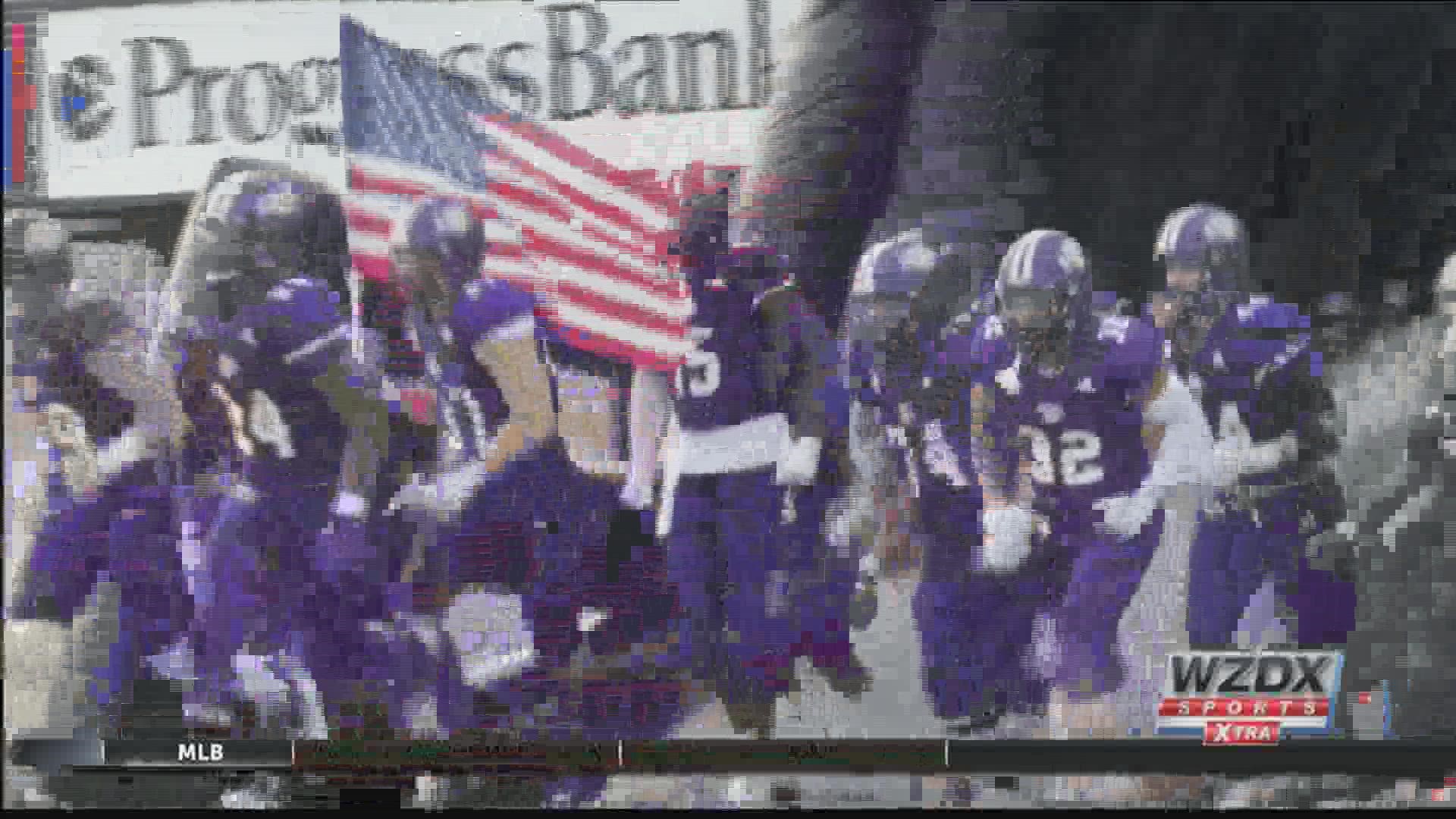 FLORENCE, Ala. — A pair of first half interceptions helped Chattanooga take a 17-0 lead at intermission and the Mocs held on for a 2-0 win over North Alabama at Braly Stadium.

The Mocs picked off a UNA pass in their own end zone early in the game to stop a UNA threat, and then returned a second interception for a touchdown.

The Lions had a crowd of 10,281 on hand for their home opener but could only generate 90 yards of total offense. The UNA defense held UTC to 292 total yards and allowed just 13 points.
That defensive effort was highlighted by a pair of K.J. Smith interceptions.

In the loss, the Lions were shutout for the first time since 2010, snapping a scoring streak of 113 straight games. UNA had also scored in its last 54 straight home games at Braly Stadium.

Chattanooga got a 26-yard field goal from Aaron Sears at the 9:13 mark of the first quarter to cap a 10-play, 63-yard drive.

Final from Florence. Football is on the road next Saturday to take on Jacksonville State at 6 pm! #RoarLions pic.twitter.com/qELqCEDhev

A 27-yard interception return by Jerrell Lawson of UTC pushed the Mocs advantage to 17-0 at intermission.

North Alabama had not been held to under 100 yards of total offense since gaining 64 yards in an NCAA Playoff win against Fort Valley State in 1985.

The Lions rushed for 38 yards and passed for 52, completing 10 of 21 passes with two interceptions.

North Alabama plays at Jacksonville State on September 18 at 6:00 p.m.