The UNA Lions defense did not allow a touchdown and forced four turnovers as it picked up a 21-12 win over the offense in a point system. 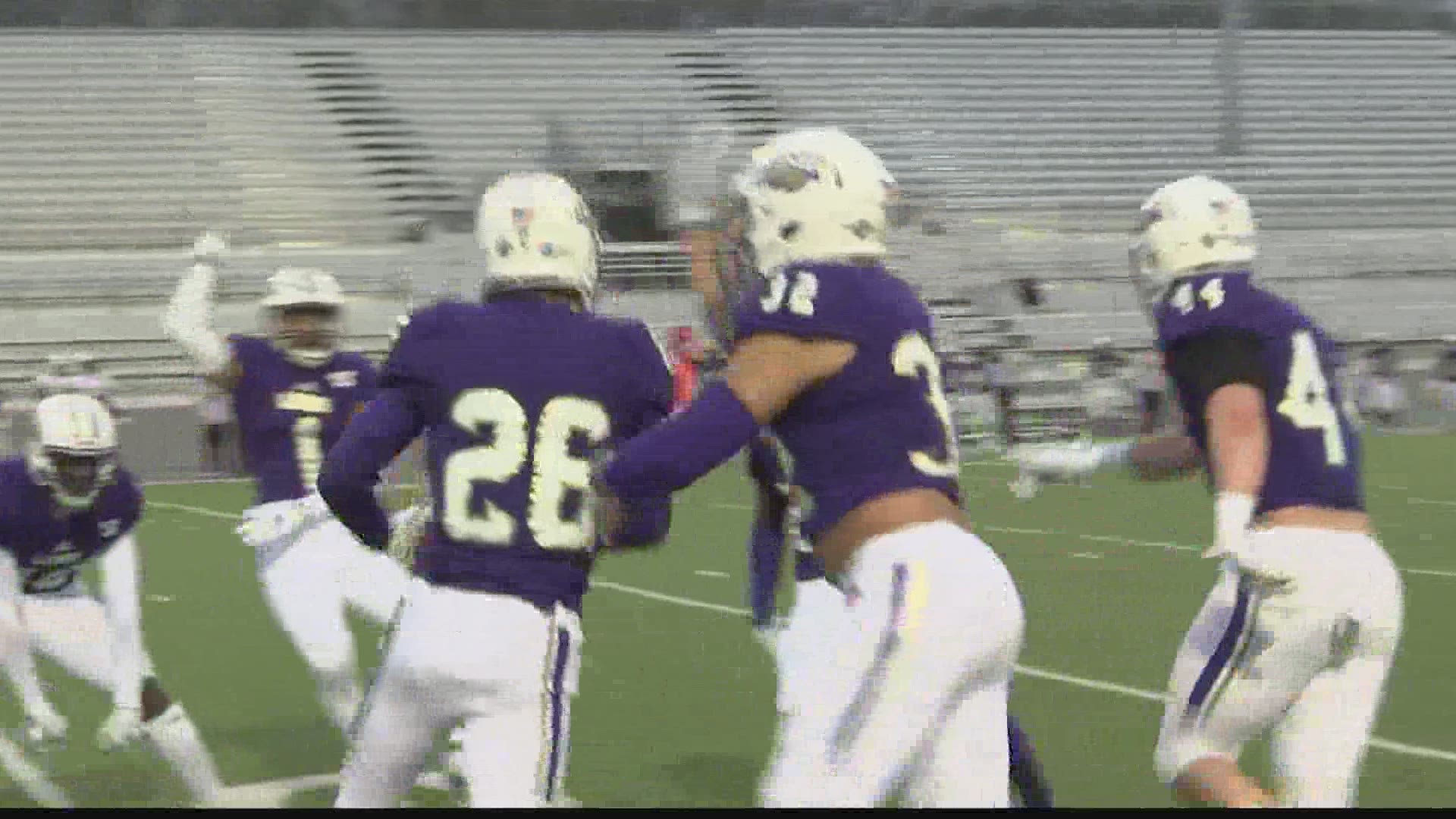 The University of North Alabama defense did not allow a touchdown and forced four turnovers as it picked up a 21-12 win over the offense in a point system at the annual Purple-White Spring Game at Braly Stadium.

The Purple team got interceptions from Avery Moates, Jonathan Jordan and Phil McDuff and a fumble recovery from Giancarlo Margarejo to highlight their efforts. The defense also recorded five quarterback sacks for 31 yards.

The White held a slim 12-11 lead late in the game before the Purple forced three of their turnovers to take the win.

Kicker Grayson Easterling hit three of his four field goal attempts to account for the majority of the offense's points. He hit from 20, 44 and 40 yards and was just short on a 56-yard attempt.

Parker Driggers was the leading rusher in the game with 54 yards on eight carries. Mason Boswell had seven carries for 40 yards, Jacob Denby five for 29, Tyler Price five for 21 and Ja'Won Howell six for 20.

The Lions played five quarterbacks in the game, led by Rett Files who was 11-for-15 for 115 yards. He was intercepted twice. Blake Dever threw for 24 yards, Luke Nail 25, Nate Hayden 17 and Hayden Bryant 17.

Dexter Boykin led all receivers in the game with four catches for 39 yards. He was one of 11 Lions with at least one catch in the game. Kobe Warden had a 43-yard reception from Files for the longest play of the game. He finished with three catches for 74 yards.

Gerrell Green was the leading tackler in the game with six stops.