Stetson was able to control the opening minutes of each half Friday in an 86-77 win over the University of North Alabama men's basketball team. 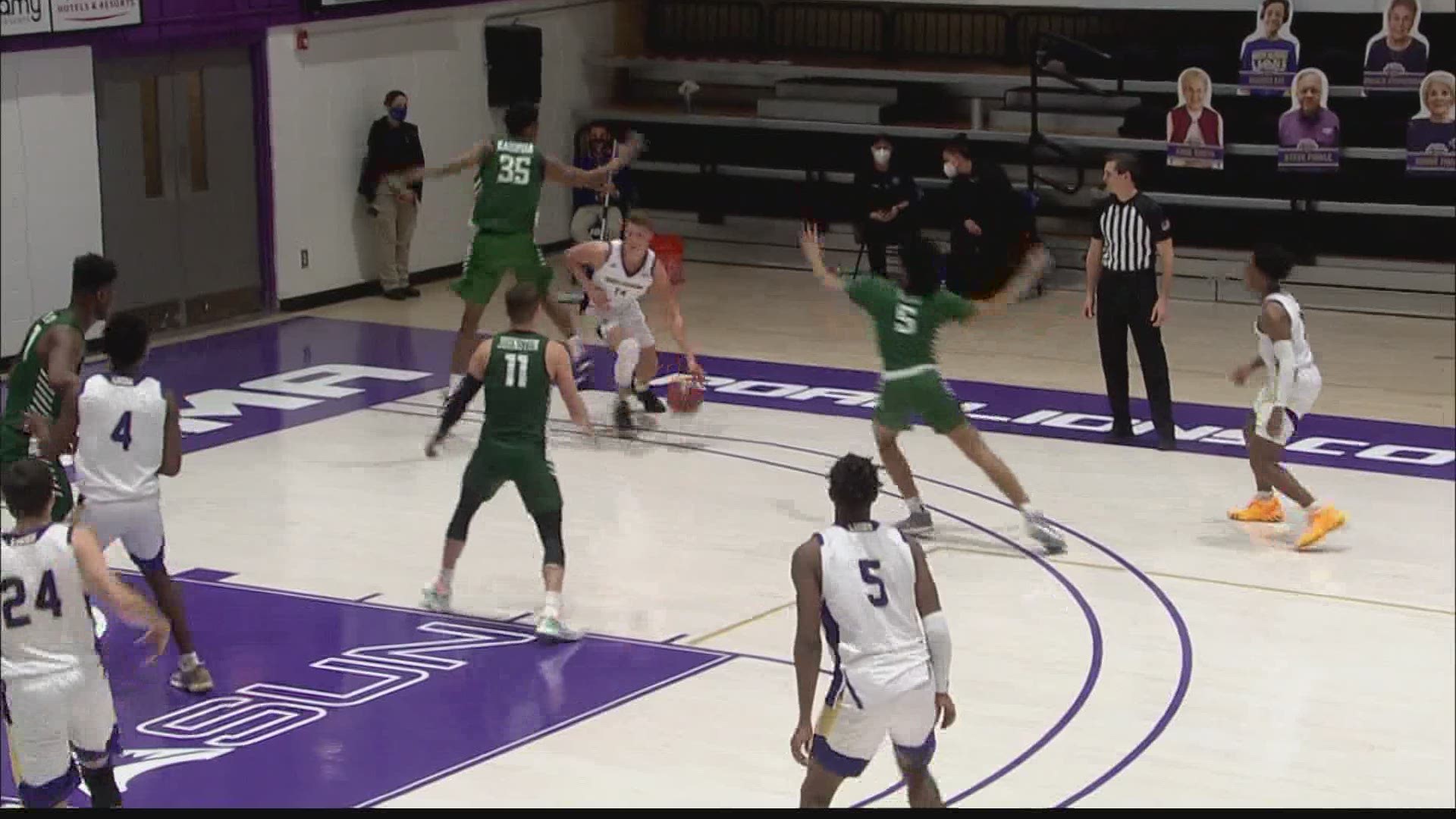 Stetson was able to control the opening minutes of each half Friday in an 86-77 win over the University of North Alabama men's basketball team. The loss for UNA drops the team's overall record to 4-3 on the season, including an 0-1 start to ASUN Conference play.

The Hatters (3-4 overall, 1-0 ASUN) opened the game on a 20-8 run and never let UNA pull even. The Lions closed the game to a single possession multiple times down the stretch but could never tie or take the lead.

Trailing by 12 in the game's first six minutes of play, North Alabama used a 7-2 spurt to get within striking distance. Four different players scored, including a pair of free throws by Mervin James to make the score 22-15 with 12:03 remaining in the opening half.

Stetson responded with nine straight points to grab its largest lead of the night at 31-15 midway through the half. After taking the 16-point advantage, however, the Hatters would go 9:07 without a field goal while UNA closed the gap.

Two free throws by Aleksa Matic capped a 16-3 run for the Lions, and UNA had a chance to tie the game after forcing a turnover on the ensuing possession. After a missed shot by the Lions, the two teams traded three-point baskets. Stetson then forced a turnover and got a dunk in the closing seconds before James hit a trey at the buzzer to make the score 39-37 at the break.

A 14-6 run to open the second half gave the visitors a double-digit lead again. After UNA scored six straight points to make the score 53-49, the Hatters' Rob Perry connected on three straight three-pointers to stretch the lead back to 13 points.

North Alabama made one last push in the closing minutes. Payton Youngblood hit a trey and added two free throws during a 7-1 spurt. Two free throws by Issac Chatman closed the gap to 67-64 at the 5:22 mark but the Lions would get no closer.

We’ll be back tomorrow at 6PM in a rematch with @StetsonMBB.#StalkAndAmbush 🦁🔥 pic.twitter.com/MPk9SlyfBA

Perry hit another long-range shot as the shot clock expired and UNA would get no closer than four points the rest of the way. Perry, a sophomore from Orlando, finished the game 8-for-10 from three-point range and led all scorers with 29 points.

Three players reached double figures in scoring for UNA. Youngblood led the way with 16 points. Detalian Brown came off the bench to score 13 points while C.J. Brim added 11 points on the night. Emanuel Littles had double-digit rebounding totals for the fourth time on the year with 10 rebounds.

The same two teams will play again on Saturday. Tip-off is set for 6 p.m. at Flowers Hall.