Indiana hit a season-high 13 three-point baskets in an 87-52 win over the UNA men's basketball team Sunday evening at Assembly Hall. 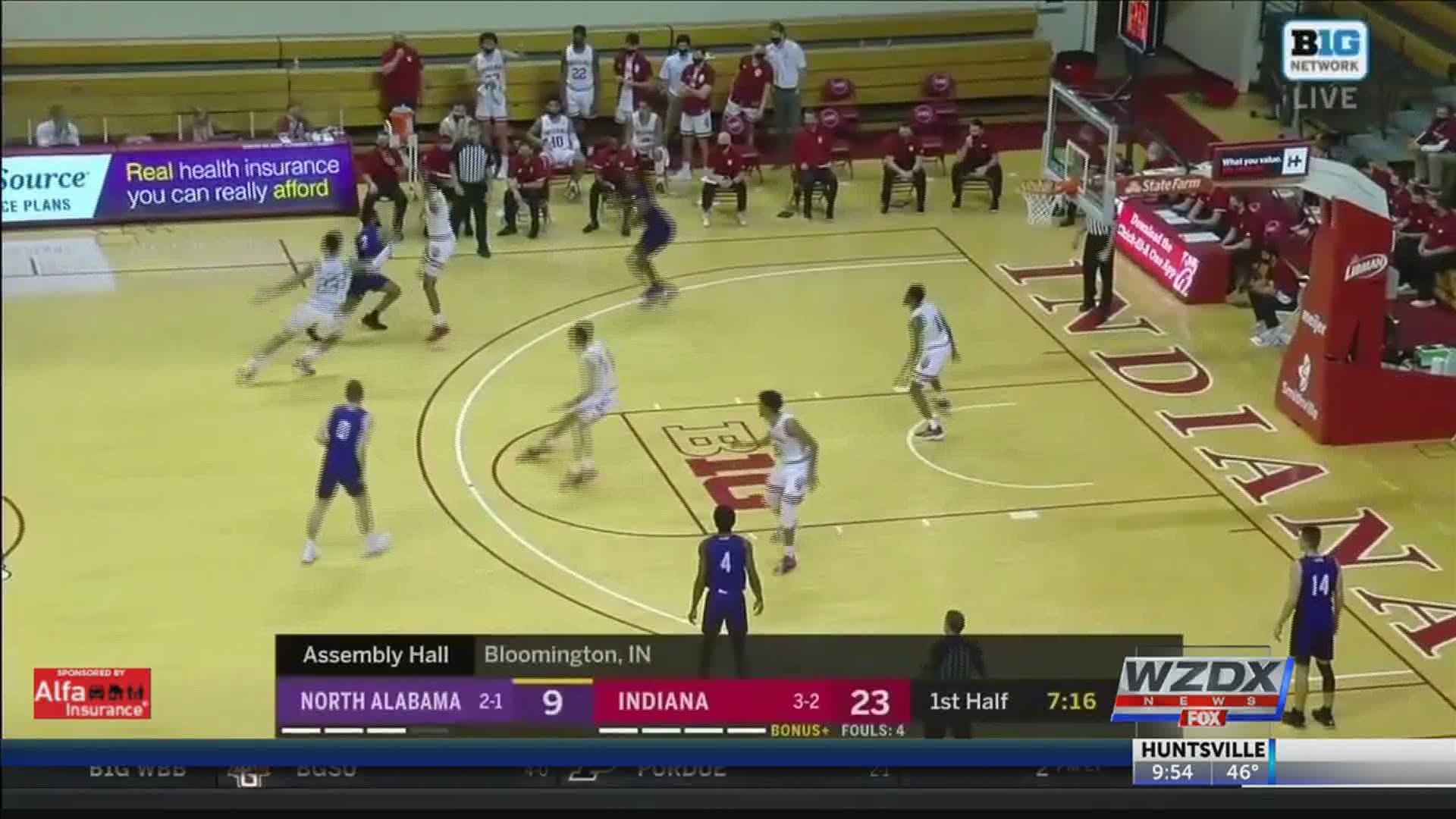 Freshman Will Soucie led UNA with a career-high 16 points. The Lions, however, struggled from the floor, connecting on 21-of-63 shot attempts.

Indiana started the game on a 7-2 run and never trailed. UNA went the first 5:04 of playing time before a putback by Soucie represented the first field goal of the game for the visitors.

The Hoosiers stretched the lead to 16 before North Alabama used a 9-1 run to get within single digits. Mervin James hit back-to-back baskets, then grabbed a defensive rebound an found Soucie in transition. The freshman connected on the basket and drew a foul. His free throw made the score 24-16 with 5:44 remaining in the half.

The two teams traded baskets before Indiana closed the half on a 14-6 spurt. The Hoosiers led 40-24 at the break.

After connecting on no more than five three-pointers in a game all season, Indiana hit four in the first half and nine over the final 20 minutes to pull away. The Hoosiers hit five treys during a 27-3 run midway through the second half to take control.

Final in Bloomington. The Lions fall on the road to Indiana. Freshman Will Soucie led the Lions with 16 points. The Lions are back in action in Flowers Hall on December 17th at 6 p.m. as they host Crowley's Ridge. #RoarLions pic.twitter.com/pUOfd6c30q

A jumper by Isaac Chatman with 13:35 remaining made the score 49-34 before the Lions went cold from the floor. UNA missed five of its next six shots from the floor and had five turnovers while Indiana made its move.

Despite being out-rebounded 47-34, North Alabama held a 32-28 advantage in points in the paint.

UNA will return home to host the first of three straight home games Thursday against Crowley's Ridge. Tip-off is set for 6 p.m. at Flowers Hall.