The University of North Alabama football team will officially begin Spring drills on Wednesday at 3:00 p.m. when the Lions take the field for the first of... 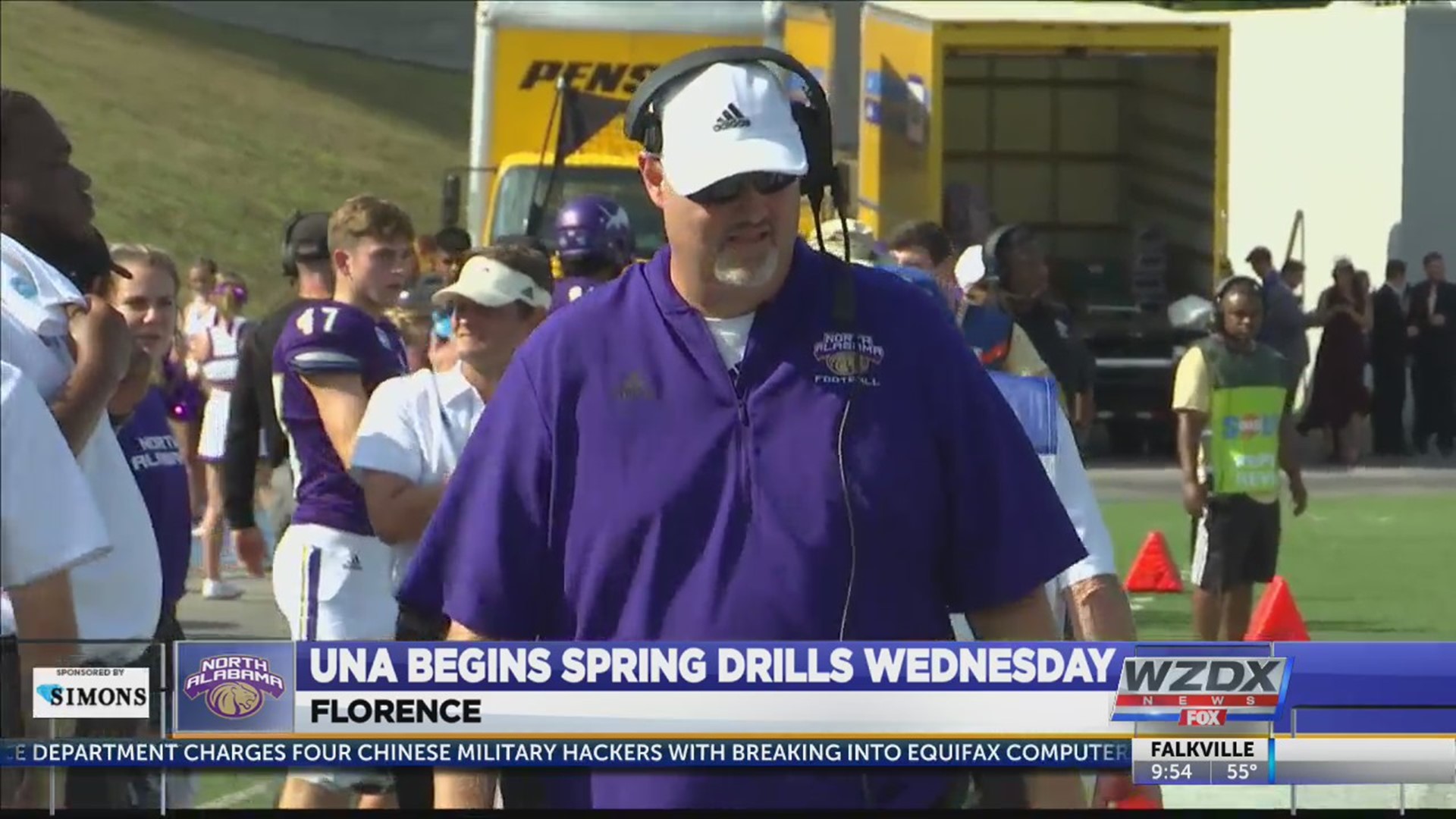 The University of North Alabama football team will officially begin Spring drills on Wednesday at 3:00 p.m. when the Lions take the field for the first of 15 days of practice.

UNA returns 52 total lettermen from 2019, including 14 starters, as the Lions work toward their third season of Division I football in the FCS and Big South Conference.

North Alabama was 7-3 in its first Division I season in 2018 and went 4-7 a year ago, losing three games by a touchdown or less and facing four nationally ranked teams on the road.

The 2020 road won’t get any easier for the Lions as UNA has road trips to FBS powers Virginia Tech and BYU, to go with regular-season games against 2019 FCS playoff squads Kennesaw State and Monmouth and perennial FCS powers Jacksonville State, Western Illinois and Chattanooga.

Weather permitting, UNA is scheduled to practice Wednesday through Saturday the opening week, then Monday through Thursday the week of February 17.

The Lions’ annual Purple-White Spring Game will be during the first week of March but a date and time have not been finalized.

Senior Joe Gurley, who handled both kicking and punting duties in 2019, also returns on special teams.

During the Spring, UNA will be looking for a replacement for Christian Lopez at quarterback, while rebuilding the offensive line with a wealth of transfer signees. The Lions will also be looking to improve their running game.

On defense, Willis wants to improve the Lions’ attack against the run, while also solidifying the defensive secondary.

Remainder of schedule will vary due to weather.