FLORENCE, Ala. — The University of North Alabama opened its 2019 pre-season football camp with a two hour session that head Coach Chris Willis s... 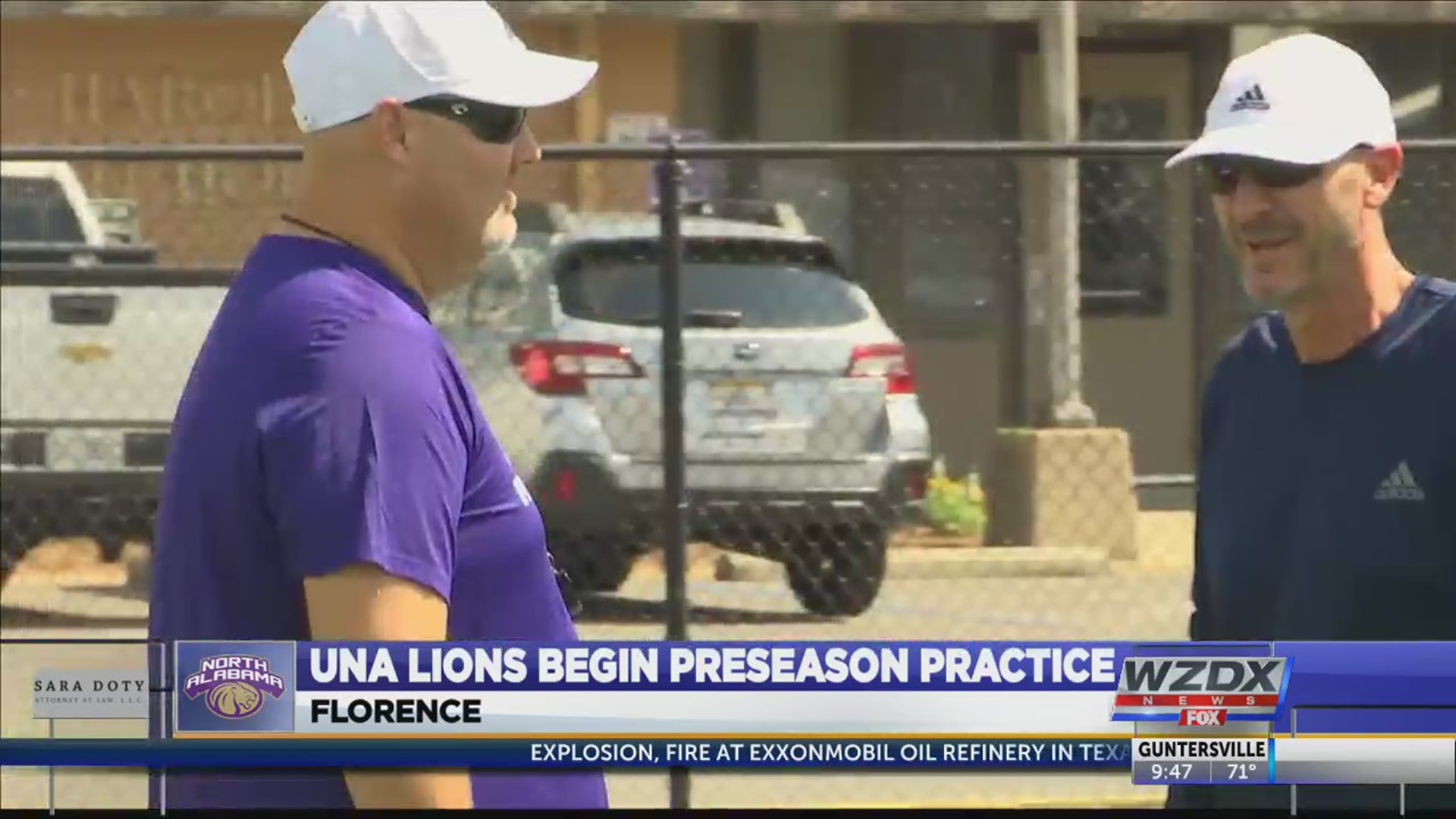 FLORENCE, Ala. — The University of North Alabama opened its 2019 pre-season football camp with a two hour session that head Coach Chris Willis said  he would grade a B+.

“Overall it was a solid day,” said Willis, who is set to begin his third season as head coach of the Lions and 18th year in the UNA program. “It’s a learning process and we are already so ahead of where we have ever been in all my years at UNA. We are also in pretty good shape physically. I would give it a B+ only because we had some veterans make some uncommon mistakes. Small mistakes but still things they shouldn’t be doing.”

Willis said he was pleased with the effort on the opening day.

“When we come on to the practice field, whether it’s for an hour or two hours, no matter how long, all we are asking is for the players to give us effort,” Willis said. “We want to see urgency. We want them to run through the line, have good drill to drill transition and pay attention. Give me that and we can coach everything else.”

Willis said the Lions have a lot of talent to work with but still have to answer some questions.

“There will be a lot of competition out here,” he said. “There is talent but there are also a lot of places where we are not sure who the starters will be and we want to see who is going to compete and earn those spots.”

The Lions return to the practice field on Thursday at 10:00 a.m. as they continue to prepare for an August 29 home opener against Western Illinois at 7 p.m. at Braly Stadium.