"It's been a long several months since we've seen them so just exciting times and really happy to have them back," said UNA Women's Basketball Coach Missy Tiber. 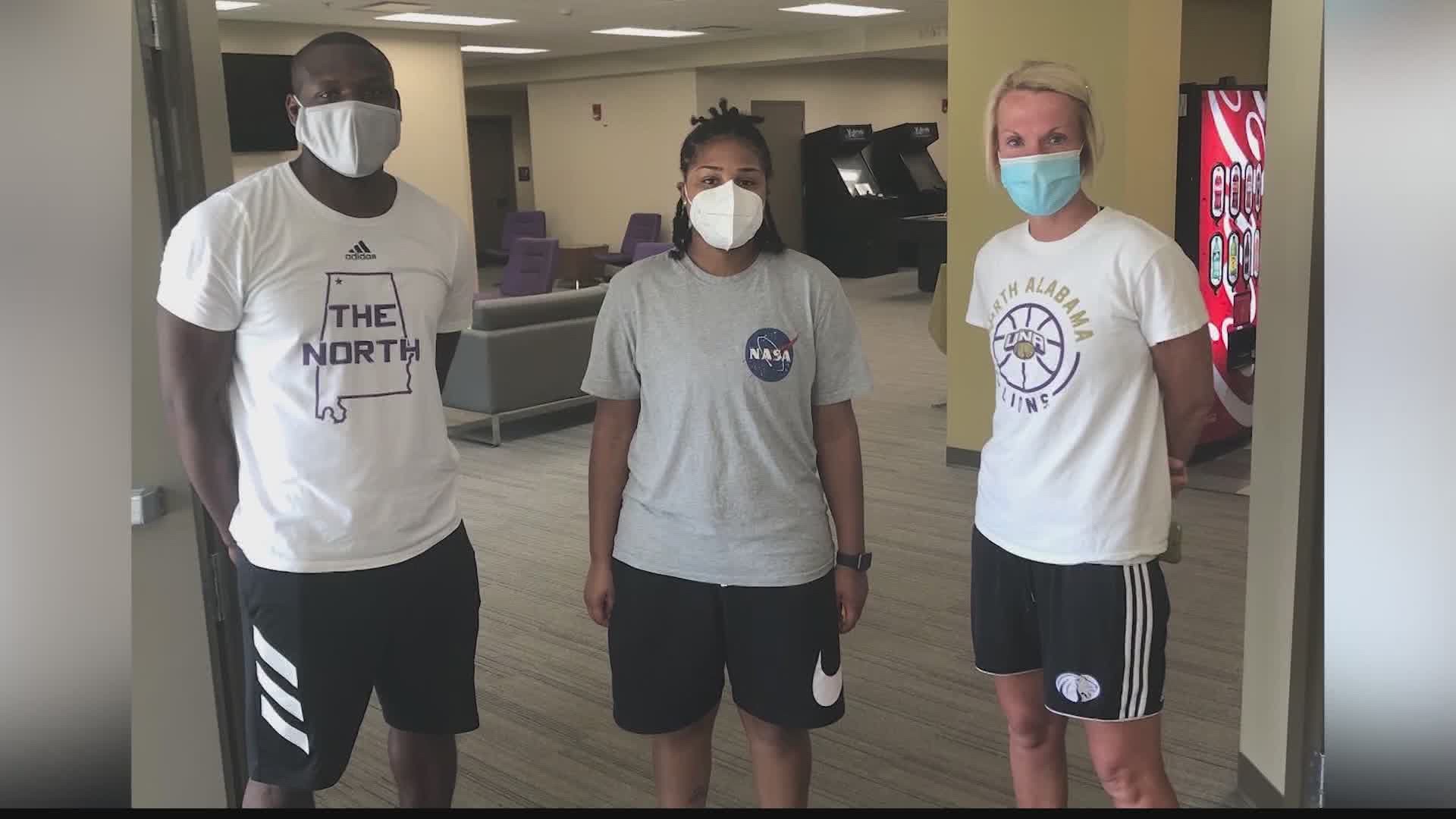 "It feels awesome, they came back yesterday [Sunday] so I said on Sunday evening it felt like Christmas Eve," said Coach Tiber.

It's been 3 months since UNA Women's Head Basketball Coach Missy Tiber and her staff have seen the players in person. She says it feels great finally being reunited with them again.

"It's been a long several months since we've seen them so just exciting times and really happy to have them back," said Coach Tiber.

On top of being reunited with the returning players, there are a lot of new faces as well as the Lady Lions have six freshman on the roster. The Lions only senior Olivia Noah said she hopes she can help get them acclimated to the campus.

"I actually went by with a couple other teammates and we knocked on all of the freshman's doors yesterday and said 'Hi'. It's definitely crazy having half of your team be new, but it's also exciting because it's a lot of potential to grow and be a good team," said Noah.

Though everyone is finally on campus, it will be a while before they can actually start practicing together as a team.

"Week 1 will consist of very small groups with a single coach at a basket," said Coach Tiber. "So 2-3 girls at a time with their own individual ball, coaches masked up at all times and basically just no contact and we'll do that for a week. If all goes well, we can go to Phase 2 which will be more of individual skill groups, position splits. And if that all goes well, we're hoping by sometime in August we can get together with the full team in a full team setting."

We have our first 🦁freshman in Macey Lee on campus and all moved in! #RoarLions pic.twitter.com/AXjQx5cvcR