UCLA eliminates Alabama in Overtime at the Sweet 16 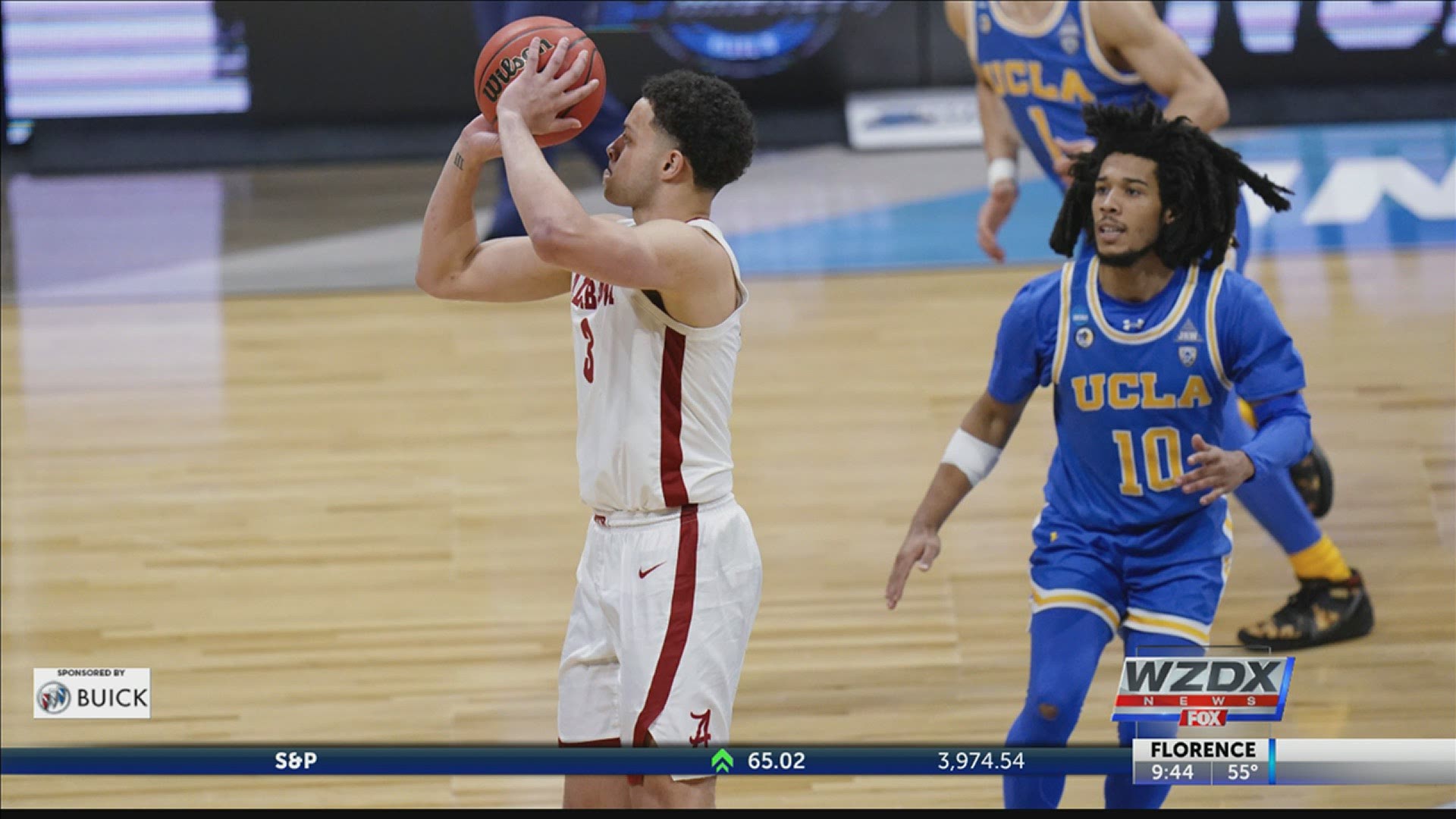 INDIANAPOLIS — Jaime Jaquez Jr. remembers the moment Mick Cronin introduced himself at UCLA, the new coach promising to restore the shine to the storied program by instilling a mental and physical toughness the team had never experienced.

It came in handy Sunday night.

After watching second-seeded Alabama's Alex Reese take advantage of the Bruins' soft defense to drain a buzzer-beating 3-pointer and force overtime, Jaquez and the rest of his boys in blue were completely nonplussed by the moment.

Instead, they scored the first five points of the extra session, then cruised from there to an 88-78 victory that gave the No. 11 seed Bruins their first trip to the Elite Eight since 2008 — and Cronin the first of his 18-year coaching career.

Now, after beating Michigan State in overtime just to escape the First Four, the unheralded Bruins are marching forward in the NCAA Tournament. Next up is top-seeded Michigan on Tuesday night for a spot in the Final Four.

“There's many times we could have packed it in,” Cronin said, “but I told them they've put up with me for two years trying to pound into them toughness and competitive spirit. They allowed me to do it and you're seeing the results right now.”

UCLA thought it had the game won in regulation when Cody Riley's lay-in made it 63-62 with 14 seconds left, and Herbert Jones — a 75% foul shooter for Alabama — missed both of his attempts with 6 seconds left.

Singleton was fouled and made two free throws for UCLA, pushing the lead to 65-62 with 4 seconds to go. But that still gave the Crimson Tide enough time to find Reese, whose tying 3-pointer splashed just before the buzzer.

“I'm a foul guy,” Cronin said of such situations, “but my concern was they knew, and when we went to foul he was going to shoot a 3-pointer and get fouled. The kids bailed me out and played great in overtime.”

“We weren't good enough to beat them tonight. They were better,” Crimson Tide coach Nate Oats said. “We had all the momentum going into overtime. They could have folded. They didn't. They came out and punched us in the mouth.”

Jules Bernard also scored 17 points, Singleton had 15 and Juzang and Tyger Campbell added 13 apiece for the Bruins, while Jahvon Quinerly scored 20 points and John Petty Jr. had 16 for the Crimson Tide.

Alabama (26-7) was just 11 of 25 from the foul line, missing both of its attempts in overtime, while losing for the eighth time in nine Sweet 16 games. Its only Elite Eight trip was in 2004 — six national titles ago for their football program.

“There's zero variables in free throws other than the pressure you put on yourself mentally,” Oats said. “I don't know if early misses by some guys made other guys miss. It's disappointing. We make them, we win the game.”

With the sun setting through the clerestory windows of Hinkle Fieldhouse, casting a warm glow on the few thousand fans inside, the school known for its championship pedigree on the gridiron struck the first blow on the hardwood.

The Crimson Tide jumped out to an early lead, even after Jones picked up two offensive fouls in the first 41 seconds, as their brilliant backcourt set the tempo. Quinerly kept breaking down the Bruins' perimeter defense, and Ellis did his best imitation of Petty, the school's career 3-point leader, by hitting step-back 3s.

For a while, Juzang singlehandedly kept the Bruins in the game.

The transfer from Kentucky made enough baskets to slow down Alabama's up-and-down approach, and that allowed UCLA to turn the game into a half-court affair — or as Cronin calls it, a “judicious” style of play.

Then the rest of the Bruins got involved.

Singleton came off the bench to bury two 3-pointers. Jaquez, the hero of their First Four win over Michigan State, knocked down his own jumper. And Bernard hit a trio of 3s, turning one into a four-point play with a foul and the last of them giving UCLA a 40-29 lead heading into the locker room.

Alabama promptly wiped out its deficit with an 11-0 run to start the second half, starting a back-and-forth clash over the final 15 minutes between a program that's no stranger to March Madness and one trying to prove it belonged.

Turned out that wasn't enough. It took five more minutes to decide.

UCLA is headed to its first regional final since 2008, when the Bruins made the last of three consecutive Final Four trips under Ben Howland. They had lost their last three games in the Sweet 16 and Cronin had lost his only other trip in 2012.

Alabama led the nation in 3-pointers attempted and made this season, so it was fitting that a 3 would send the game to overtime. But the Crimson Tide only hit six others in the game, finishing 7 of 25 from beyond the arc.

The Bruins will play the top-seeded Wolverines for a spot in the Final Four. UCLA has beaten Michigan in three of their four NCAA Tournament games, including the 1965 national championship in Portland, Oregon.