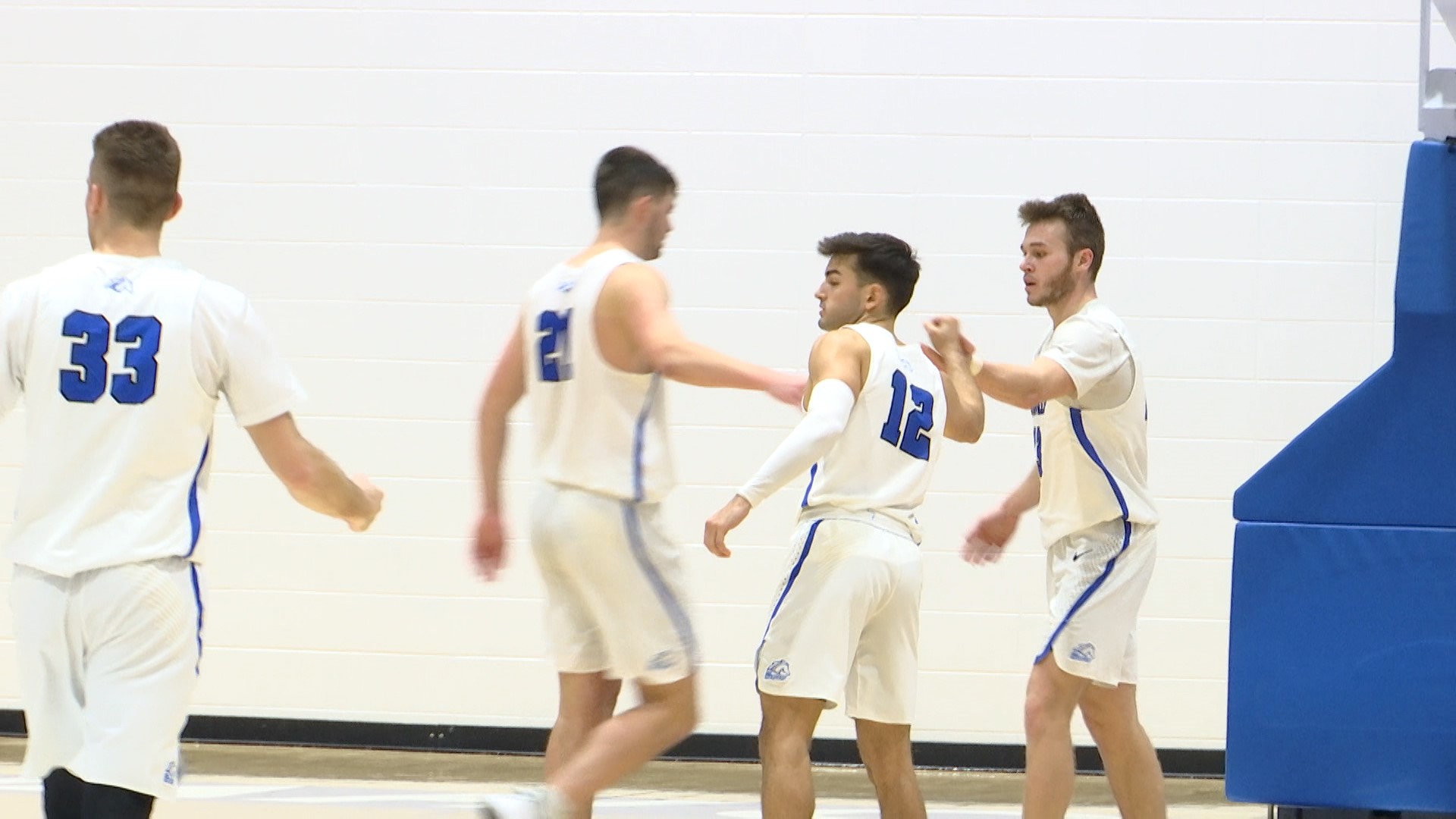 HUNTSVILLE, Alabama — The No. 10 University of Alabama in Huntsville men's basketball team picked up a thrilling double overtime victory over visiting Delta State on Tuesday afternoon, winning 106-102 to extend its winning streak to nine games. The Chargers move to 9-1 (9-0 Gulf South Conference), while DSU falls to 3-6 (3-6 GSC).

Turning Point
-After Delta State went up 98-93 in the second overtime, the Chargers would go on a 12-1 spurt over the next 3:40 with Max Shulman scoring seven including a triple – his sixth of the game – that put the game out of reach at 105-99 with just 31 seconds left in the second extra period.

Inside the Box Score
-Six different Chargers scored in double figures on the evening led by Shulman who recorded a double-double with 26 points and 10 rebounds.
-Sam Orf scored 15 while also registering three rebounds, three assists, and three steals, and turning in a team-best five assists while also scoring 13 and grabbing six boards was JJ Kaplan.
-Giving the Chargers two double-doubles, Kerney Lane scored 10 and collected a team-high 11 rebounds to go along with four assists, while Luke Burnett and Chaney Johnson both hit a pair of big 3s on their way to scoring 10.
-Kelen Dietrich went 11-for-16 from 3-point range and scored 33 to lead Delta State.
-For the game, the Chargers 50.0 percent overall and went 18-for-42 on 3-point tries, while the guests connected on 52.9 percent of their attempts and were 17-for-39 from beyond the arc.
-On the glass, the Chargers outrebounded Delta State by a 41-37 clip.
-UAH forced Delta State to turn the ball over 21 times while giving it away only 13 times itself, and the Chargers turned that into a significant 26-11 difference in points off turnovers.

Inside the Flow
-UAH started the contest strong, opening up a 15-5 advantage by the 14:28 mark of the first half, and that lead would grow to as many as 18 at 34-16 after a Henley Edge triple with 8:28 remaining in the period.
-Delta State would swing the momentum by the end of the half, however, taking a 16-point deficit with 2:27 remaining and trimming it all the way down to just 49-42 by the break.
-The shift towards the Statesmen would carry over into the second half, and by the 16:06 mark of the stanza, the guests found themselves leading 52-51.
-The Chargers would eventually regain a six-point lead after a Kaplan layup made it 68-62 just past the midway point of the second, but another swing back towards DSU had the Statesmen up 86-81 with just 1:37 remaining in regulation.
-A pair of Orf free throws on the next possession pulled UAH within three, and after a defensive board from Kaplan, Shulman would bury a game-tying triple with just 24 seconds left that would ultimately force overtime at 86-86.
-UAH would never lead in the first overtime period, but Shulman would score all seven of UAH's points in the five minutes including a pair of free throws with 10 seconds left to send the game into the second overtime at 93-93.
-Delta State would score five points in just 48 seconds to start the second extra period, but a Seth Swalve bucket started the aforementioned 12-1 run that would see UAH go up 105-99 with just 31 seconds left.
-The Statesmen would get a 3-ball to go on the next possession, but a Kaplan free throw would make it four-point difference and Shulman capped off the night was a game-ending rebound on the other end of the floor.

Noteworthy
-The 26 points for Shulman match a career-best for the junior, matching his total from the Montevallo game on Feb. 8 of last year, and he records his third double-double of the season.
-The double-double for Lane is the first of his career, and the 11 rebounds is also a career-best for the senior.
-After surpassing 10 made 3-pointers just once in the first seven games of the seasons, the Chargers have now reached double figures in treys in three straight.
-This is UAH's first game passing the century mark since Jan. 15, 2018.
-UAH has now won five straight against Delta State.

Next Time Out
-The Chargers will return to action on Friday in Memphis, opening up a two-game series against Christan Brothers at 6 p.m. There will be no admission for visiting fans at CBU this weekend.