A strong second-half comeback came up just short for the 11th-ranked University of Alabama in Huntsville men's basketball team on Sunday as the Chargers fell 75-70. 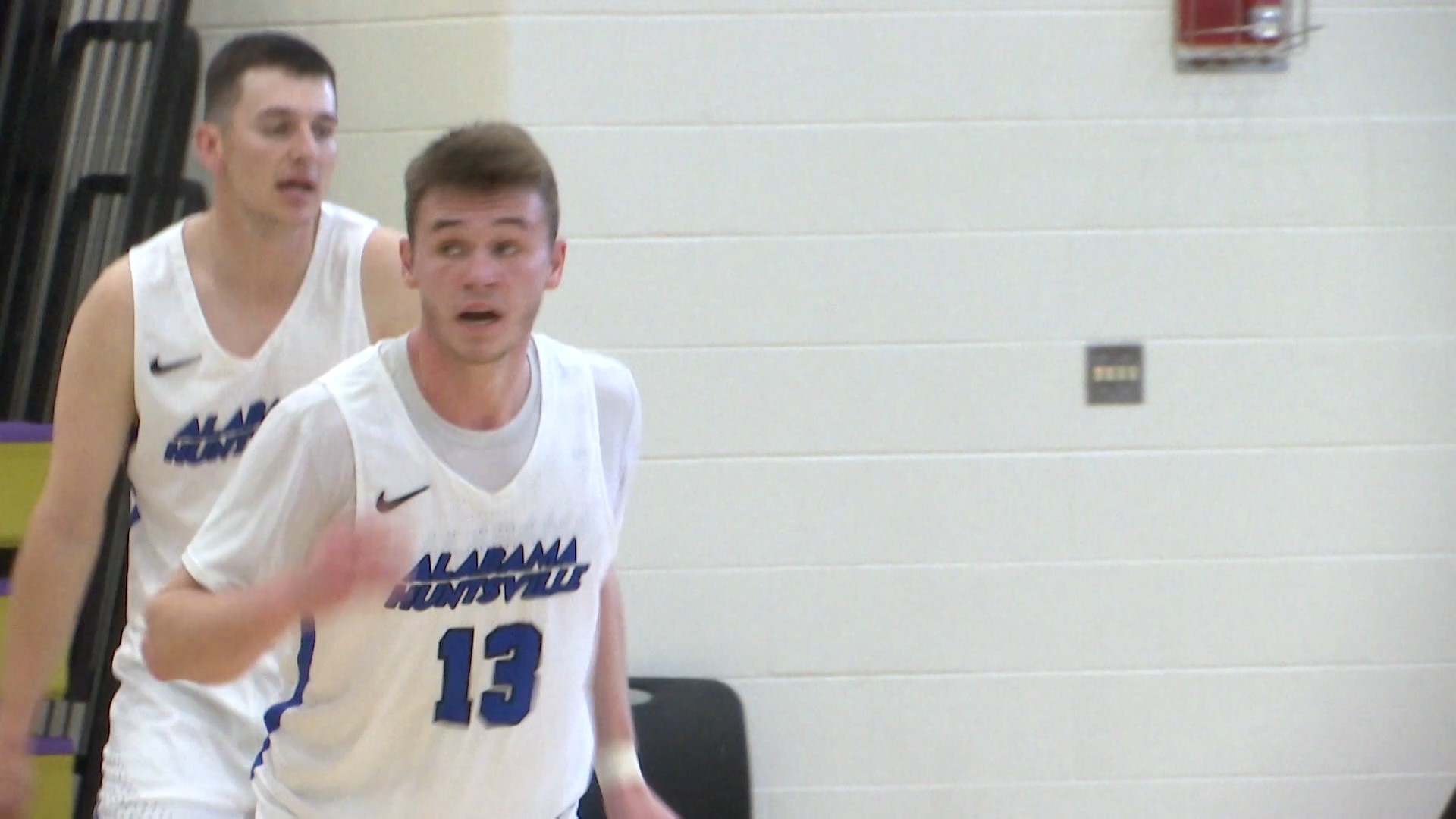 MONTEVALLO, Ala — A strong second-half comeback came up just short for the 11th-ranked University of Alabama in Huntsville men's basketball team on Sunday as the Chargers fell 75-70 to Valdosta State in the championship game of the 2021 Gulf South Conference Men's Basketball Championship. UAH slips to 14-3 on the season, while the Blazers improve to 17-4.

UAH will now wait to see what its NCAA tournament fate will be as the six-team South Regional field will be announced in the NCAA Division II Men's Basketball Tournament selection show Sunday at 9:30 p.m. CT.

The GSC West Division Player of the Year Sam Orf turned in a stunning performance on his way to landing on the all-tournament performance as he knocked down 12 shots including five 3-pointers on his way to scoring 33 to go along with 17 rebounds. The 33 points are the most by a Charger since teammate JJ Kaplan had 32 against West Georgia on Feb. 28, 2019.

The Chargers found themselves down by 16 less than six minutes into the second half as VSU quickly turned a 28-25 halftime lead into the much more substantial 48-32 margin, but UAH dominated the next seven minutes of the game, going on a 20-4 run that included nine points from Orf, two big triples from Riley Webster, and a game-tying bucket from Kerney Lane that made it 52-52.

In the final seven minutes, however, UAH would cool down and shoot 5-for-13 in that stretch while Valdosta State went 13-for-16 from the free throw line during that same timeframe to help secure the program's first tournament title.

The Blazers were led by Burke Putnam who scored 28 points and grabbed 12 rebounds.

For the game, UAH shot 35.8 percent, while VSU connected on 45.6 percent of its attempts. The rebounding battle was won by the Chargers by a 43-36 clip, and UAH's 11-2 advantage in second-chance points helped the team stay in the game.

Prior to the contest, UAH's Henley Edge was honored as the GSC Men's Basketball Champion Scholar-Athlete for the second straight year as his 4.0 GPA was the highest at the championship site.

Chargers Earn No. 2 Seed and Bye in NCAA South Regional

The NCAA Division II Men's Basketball Committee announced the field of 48 for the 2021 national tournament field including the six teams that will make up the South Regional, and for the third straight season and 13th time overall, The University of Alabama in Huntsville will be taking part in the national postseason.

The Chargers will be the No. 2 seed in next weekend's tournament which will be held in Valdosta, Georgia, and UAH has earned a bye to the semifinals of the regional.

UAH earns an at-large berth after posting a 14-3 record which included a regular season Gulf South Conference West Division title and an appearance in the GSC tournament championship game. Second-year head coach John Shulman's squad is led by GSC West Division Player of the Year Sam Orf who enters the national tournament averaging 18.4 points per game thanks to a 50.2 percent shooting mark from the field.