The Rocket City Trash Pandas came from behind to earn their first win in their new home, 6-4 over the Tennessee Smokies 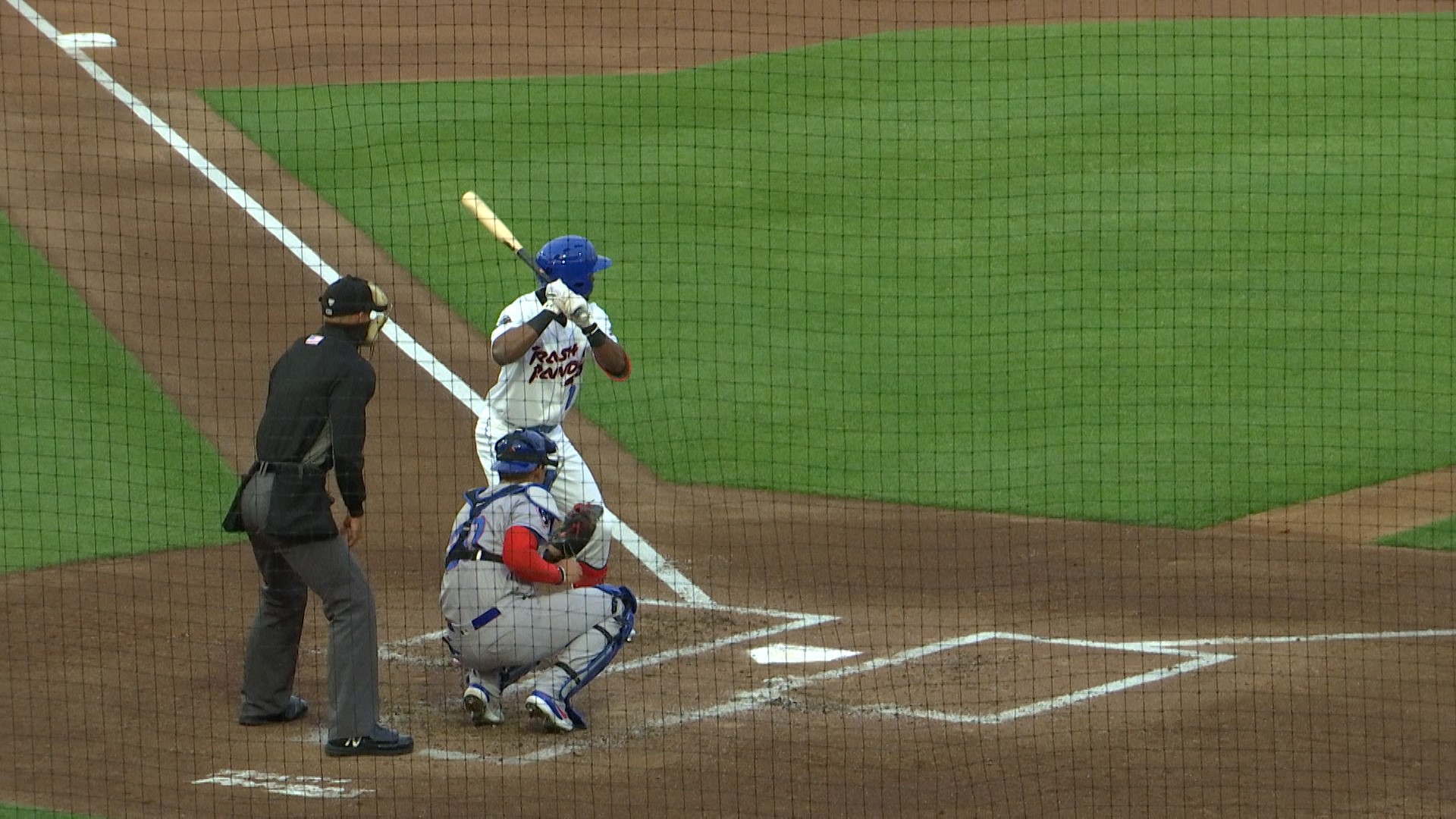 MADISON, Alabama — Behind a three-run outburst in the bottom of the eighth inning, the Rocket City Trash Pandas came from behind to earn their first win in their new home, 6-4 over the Tennessee Smokies on Wednesday night at Toyota Field.

Down 4-3 in the bottom of the eighth, the Trash Pandas began the comeback as Ray-Patrick Didder led off with a walk. Matt Jones followed with a double to the gap in left-center, scoring Didder to tie the game 4-4. Three hitters later, Michael Stefanic launched a two-run homer, his first of the season, into the Trash Pandas bullpen in left to send the home crowd into a frenzy and put the home team ahead 6-4.

In the ninth, Kieran Lovegrove returned to the mound for his third inning of relief and held the Smokies off the board to finish the victory for Rocket City.

The game began similarly to how it ended, as the Trash Pandas wasted no time in scoring first against Smokies starter Matt Swarmer. Orlando Martinez led off the game with a walk in the bottom of the first and Stefanic followed with a single to put runners on the corners. With David MacKinnon at the plate, a passed ball allowed Martinez to come home from third with the game’s first run.

Tennessee got the run back in the second against Rocket City starter Kyle Tyler on an RBI double from Grayson Byrd. A two-run homer from Levi Jordan an inning later put Tennessee ahead 3-1.

The Trash Pandas tied the game in the fifth on an RBI single from MacKinnon, who later came home to score the tying run on a sacrifice fly from Michael Cruz.

The Smokies regained the lead in the sixth on an RBI single from Jordan. From there, Lovegrove (W, 2-0) entered in the seventh and kept the Smokies off the board the rest of the way to earn the win after the eighth inning offensive eruption. Over 3.0 scoreless innings, the Trash Pandas righty gave up just one hit with two walks and three strikeouts.

Making his second Double-A start, Tyler gave up three earned runs on six hits with two walks and five strikeouts over 4.2 innings. Offensively, Stefanic’s two-run homer was the difference and MacKinnon went 3-for-5 with an RBI in the win.

We're over the moon after that one.