On a historic night 972 days after their name was first unveiled to the public, the Trash Pandas suffered a 6-1 loss to the Chattanooga Lookouts. 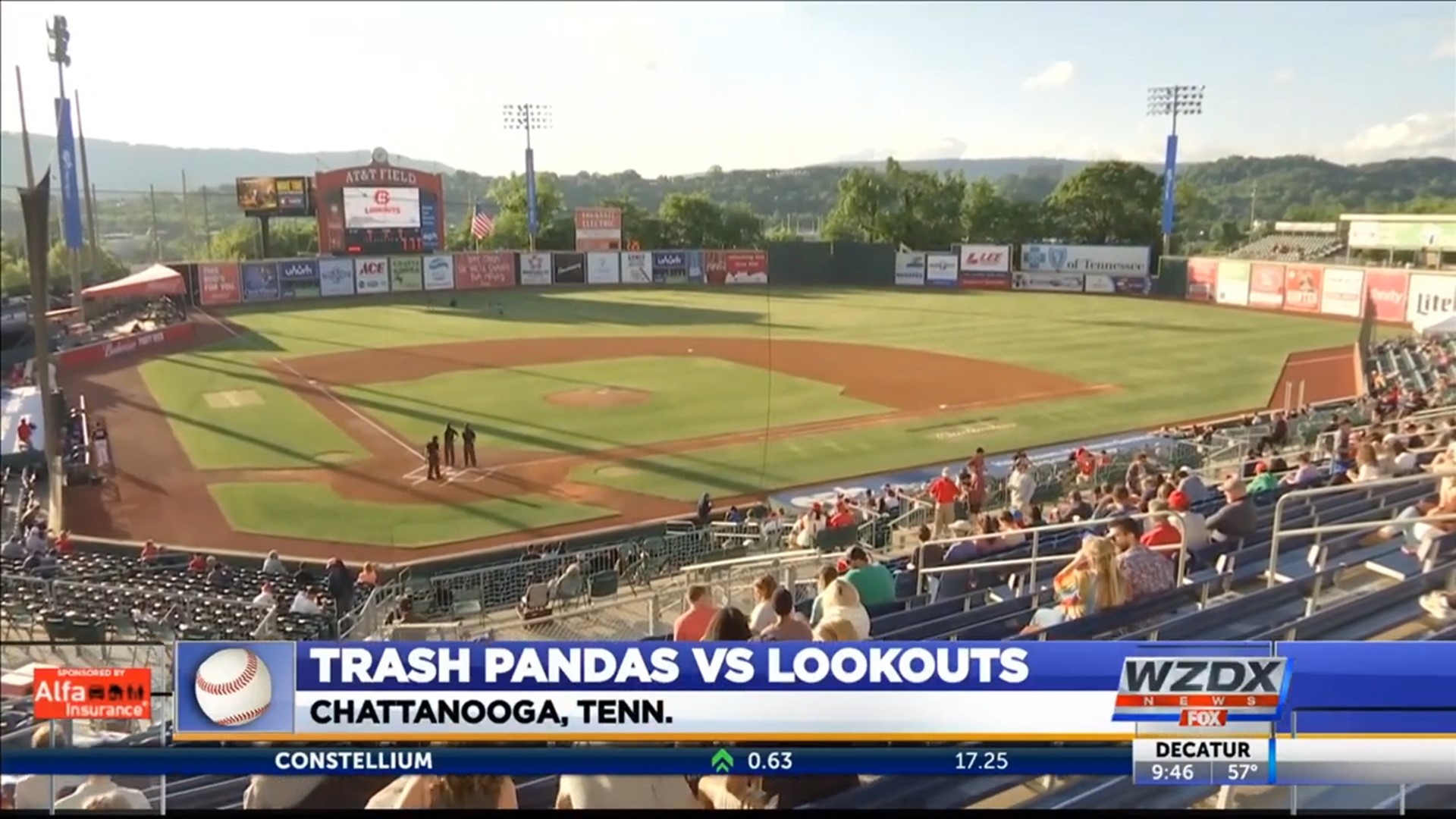 CHATTANOOGA, Tenn. — On a historic night 972 days after their name was first unveiled to the public, the Rocket City Trash Pandas suffered a 6-1 loss to the Chattanooga Lookouts in the inaugural game in franchise history on Wednesday night at AT&T Field.

The night of firsts began quickly for the visiting Trash Pandas as the first batter in franchise history, David MacKinnon, led off the game with a single to right. Michael Stefanic followed with a single of his own to put runners on the corners to start the game against Chattanooga starter Hunter Greene (1-0, 1.80). With Orlando Martinez at the plate, a passed ball from the Lookouts’ catcher allowed MacKinnon to come home with the first run in Rocket City history.

However, the Lookouts were quick to respond in the bottom of the frame as Jose Garcia hit a solo home run to even the score. Making his first professional start, Rocket City starter Reid Detmers (0-1, 16.20) rebounded to keep the game tied by throwing a 95 mile-per-hour fastball past Wilson Garcia for the first Trash Pandas’ strikeout to end the inning.

In the second, the Lookouts took the lead on RBI singles from Lorenzo Cedrola and Alejo Lopez, ending Detmers’ night. In his professional debut, Detmers gave up three earned runs on three hits with two walks and two strikeouts over 1.2 innings.

Didn't get a W tonight, but we are so grateful to have baseball in our lives again.

Doubleheader on deck for tomorrow starting at 4:15! pic.twitter.com/HbfEqU29aP

After taking the lead in the second, the Lookouts rode a strong pitching performance from Greene and three relievers to victory. Over 5.0 innings, Greene gave up one run on three hits with eight strikeouts to earn the win in his Double-A debut. Nick Howard, Reiver Sanmartin and Dauri Moreta combined to hold the Trash Pandas scoreless for the final four innings.

In relief for Rocket City, Jhonathan Diaz gave up three runs over 4.0 innings while Nathan Bates and Adrian Almeida each threw a scoreless inning.

The Trash Pandas continue their series in Chattanooga with a doubleheader on Thursday night at AT&T Field. Both games will be seven innings long with the first pitch of Game One scheduled for 4:15 p.m. Josh Caray will be on the call for 103.9 FM THE UMP and 730 AM SportsRadio.