Game 2 pushed to tomorrow as part of a doubleheader. 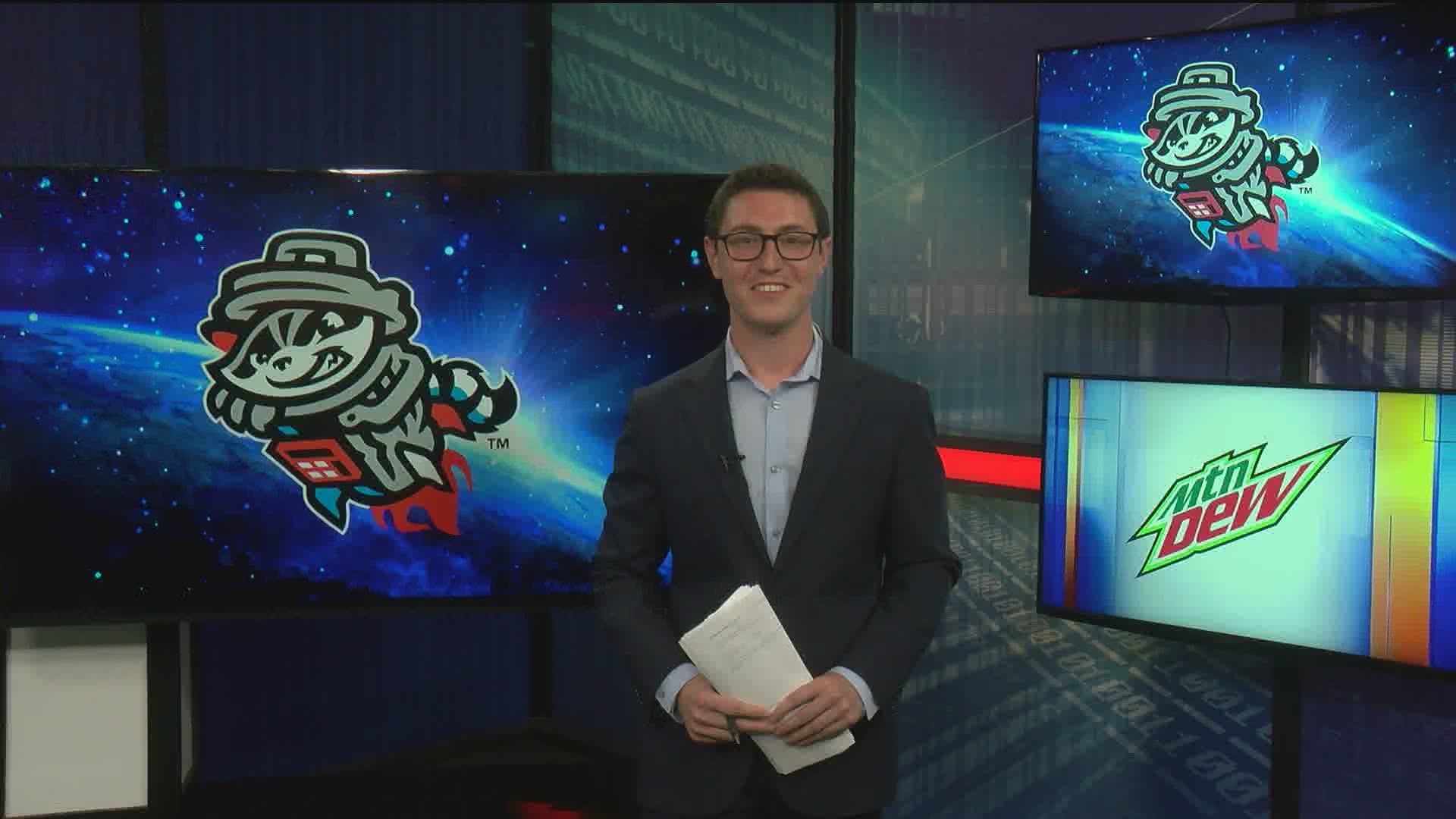 BIRMINGHAM, Ala. — The Rocket City Trash Pandas offense was held in check by a pair of Birmingham Barons pitchers in a 2-0 loss on Saturday afternoon at Regions Field. The loss evens the six-game series at two games apiece.

In a quick-moving opening game, starters Reid Detmers and John Parke each got off to a fast start with few base runners to begin the game.

Birmingham broke through in the third as three straight two-out singles, capped by an RBI base hit to right from Carlos Perez, brought home the first run of the game off Detmers.

The Trash Pandas looked to respond in the fourth as a double and two walks loaded the bases with two outs. But Parke induced a fly out from Dalton Pompey to strand the runners and end the inning.

The Barons again threatened in the fourth as Joe DeCarlo signed and Mitch Roman walked to put two on with one out. Detmers worked out of the jam with back-to-back fly outs to keep it a one-run game and end his start. In his first start of the second half, Detmers (L, 2-4) gave up one run on four hits with one walk and six strikeouts over 4.0 innings and was saddled with the loss.

In the fifth, a sacrifice fly from Micker Adolfo off Trash Pandas reliever Keith Rogalla made it a 2-0 game, and that would be more than enough for the Barons pitching staff.

Parke (W, 3-4) earned the win with 6.0 scoreless innings, giving up just two hits and three walks while striking out three. In the seventh, closer Lane Ramsey (S, 3) retired the Trash Pandas in order to finish the win and earn the save.

The Trash Pandas were limited to two hits in the loss, with David MacKinnon’s league-leading 19th double being the only extra-base knock. Torii Hunter Jr. also singled and stole his 10th base of the season. Connor Higgins pitched a scoreless bottom of the sixth inning to keep the deficit at two.

The second game of Saturday’s doubleheader between the Trash Pandas (30-32) and Barons (33-30) was postponed due to rain and will now be played as part of a twin bill on Sunday afternoon, July 18. Both games will be seven-inning contests. First pitch at Regions Field is set for 12:30 p.m.