It was also the Trash Pandas’ 10th consecutive win over the Smokies as Tennessee has now dropped nine straight. 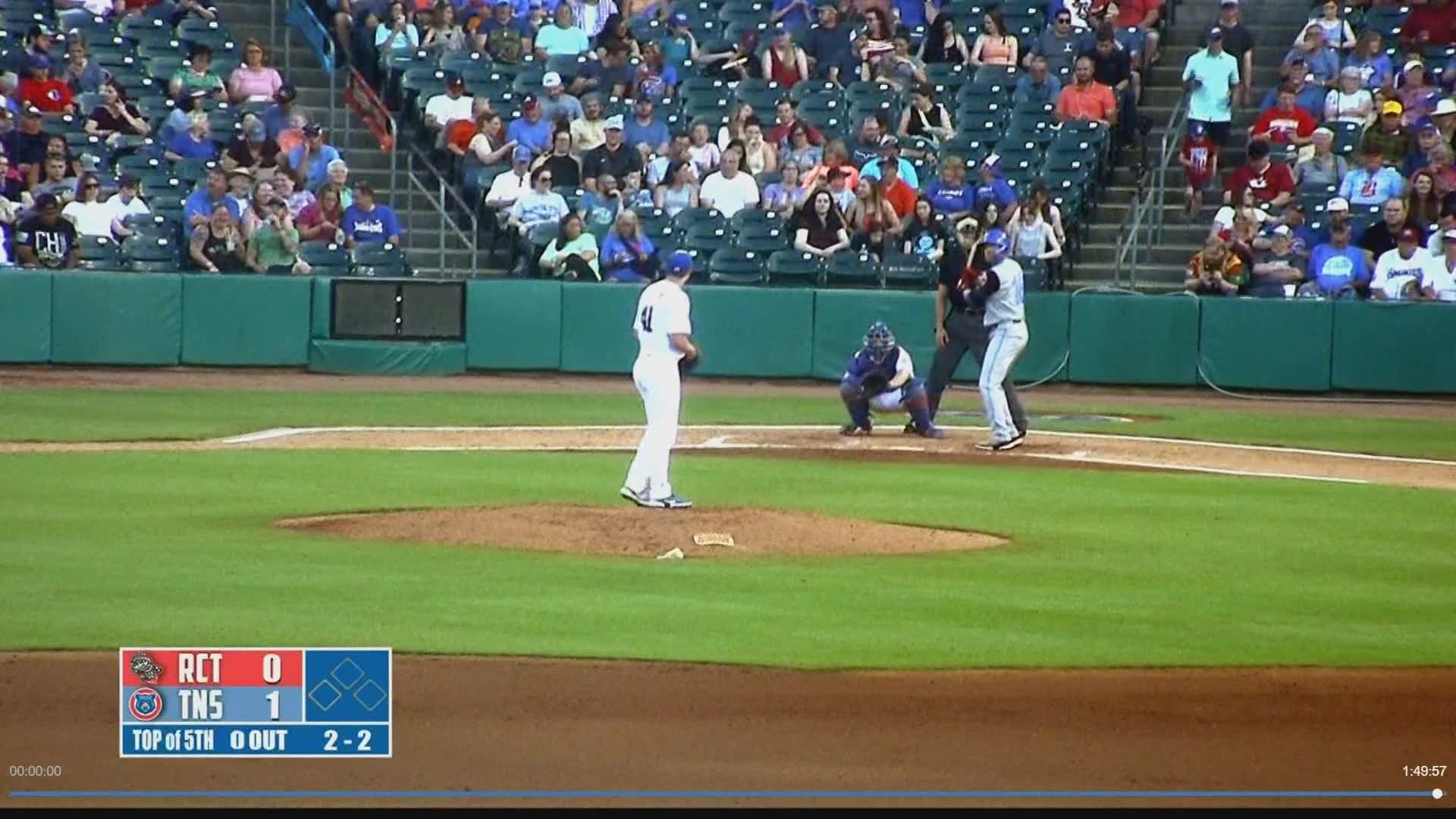 KODAK, Tenn. — The Rocket City Trash Pandas continued their dominance of the Tennessee Smokies Saturday night at Smokies Stadium with a 7-1 victory. The win was Rocket City’s season-high sixth in a row. It was also the Trash Pandas’ 10th consecutive win over the Smokies as Tennessee has now dropped nine straight.

The Smokies started the scoring in the second inning as a walk and single put runners at first and second to start the frame. After starting pitcher Reid Detmers struck out back-to-back batters, he had two strikes on leftfielder Darius Hill before Hill dunked a bloop single into left-center to put Tennessee on the board.

Rocket City was held hitless through the game’s first four frames before third baseman Mitch Nay started the fifth with a solo blast to the off field to tie the game. It was the Trash Pandas’ 11th homerun of the series.

In the sixth, the Trash Pandas would post four runs to take control of the contest. Leftfielder Dalton Pompey started the frame with a double, then scored on an RBI single from first baseman David MacKinnon to give Rocket City the lead.

After that, MacKinnon moved to second on a groundout then third on a wild pitch. After a walk to second baseman Ray-Patrick Didder, an errant pickoff attempt from Smokies reliever Bryan Hudson allowed MacKinnon to score and Didder to move to second. Didder would then be gunned down trying to steal third, however a walk and hit-by-pitch put runners at first and second for centerfielder Torii Hunter Jr. who ripped a two-run double to make the score 5-1.

The Trash Pandas added single unearned runs in the seventh and eighth innings on a throwing error from Tennessee shortstop Christopher Morel, and a single and fielding error by centerfielder Connor Myers to make the final 7-1.

Getting the win for Rocket City was reliever Adrian Almeida. Pitching in his first game since returning from the Venezuelan National Team, the right-hander tossed two scoreless innings. In fact, he and fellow relievers Oliver Ortega and Ryan Clark combined to go five scoreless frames on five hits with three punchouts. Detmers went four innings and allowed an earned run on four hits with two walks and six strikeouts.

Taking the loss for the Smokies was starter Erich Uelman who allowed three earned runs on three hits in five-plus innings with six strikeouts.

Of the six Trash Pandas hits, two came from Pompey who doubled and scored two runs while going 2-5. The Smokies outhit Rocket City 8-6 and were paced by Hill who finished 2-5 with two singles and an RBI.

The Trash Pandas (18-16) will go for the six-game sweep against Tennessee (10-23) on Sunday afternoon at Smokies Stadium with first pitch scheduled for 1:00 p.m. CT. The game can be heard on 103.9 FM THE UMP and SportsRadio 730 AM with Josh Caray on the call.