Tickets for Magic City Classic go on sale Monday; about 16,000 will be sold

The 79th Magic City Classic will take place on April 17th at Legion Field. About 16,000 tickets will be sold for the game. Tickets go on sale on February 22nd 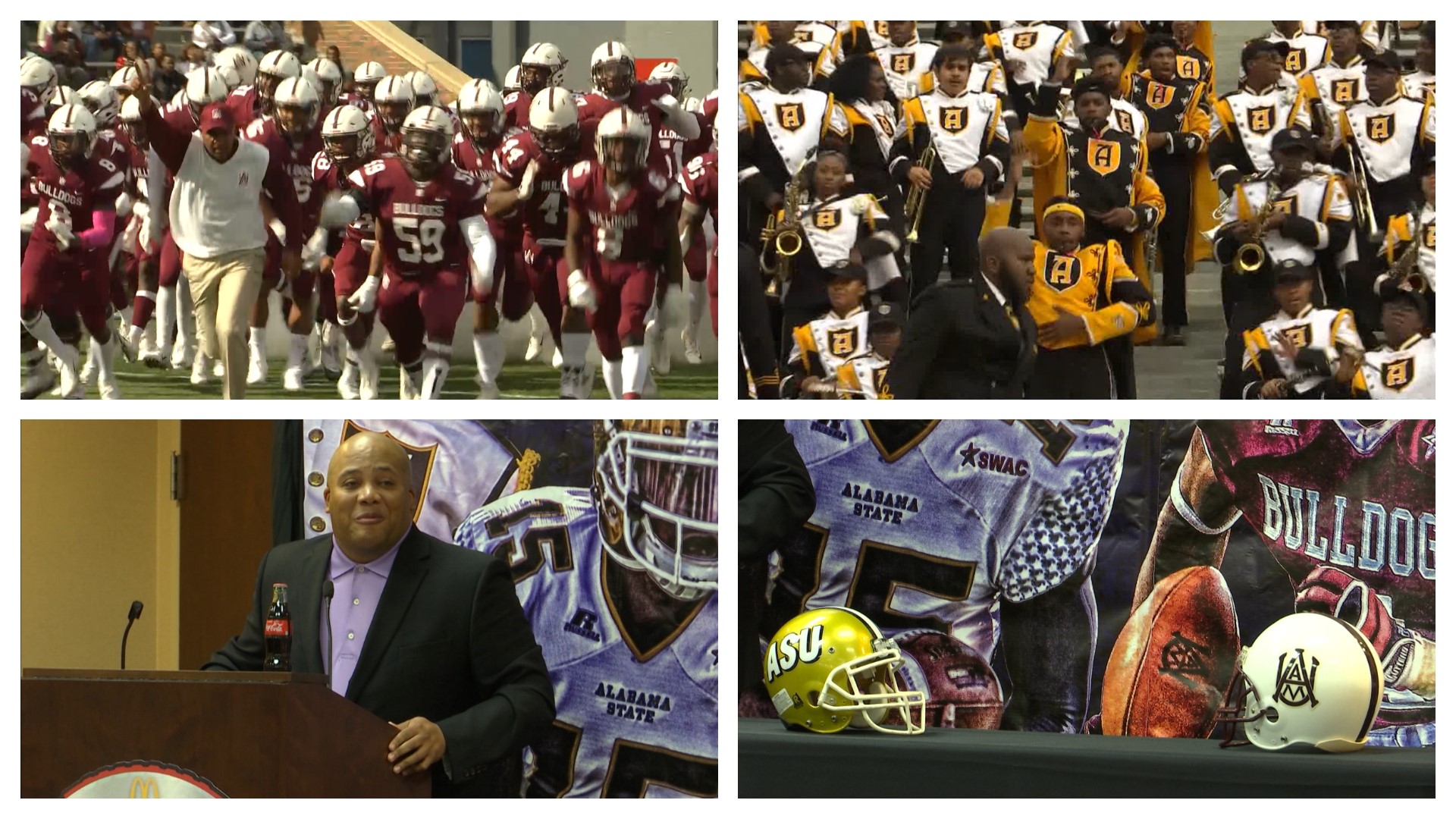 BIRMINGHAM, Alabama — For the first time in recent history, the Magic City Classic will be played during the spring. The matchup between the Alabama A&M Bulldogs and Alabama State Hornets will also be played in primetime with a 6:30 PM kickoff on April 17th. It will be the regular season finale for both teams.

Recently, Perren King, an executive director with the MCC, spoke with HBCU Gameday about this year's contest. King explained that the spring version of the Classic will be completely different because of the Covid-19 Pandemic. This year's game will have a crowd of about 16,000 fans. Ticket sales for the spring contest will go sale on Monday, February 22nd via the Magic City Classic website.

King also stated that this year's Magic City Classic, will have no tailgating which has been a fixture at the game for many years. The parade will also not take place. Instead, the Magic City Classic will have a virtual parade which features bands from both school along with others on that weekend.

"The famous tailgating that so many people are used to here will not be happening," says Perren King. "On people who will be allowed into the perimeter will be ticket holders and people with parking passes to accompany that. That 120,000 people who roll out there on Tuesday in front of a Saturday event. That isn't prudent in the SWAC. We want to prevent any type of spreader episodes from happening during this event."

To purchase tickets for this year's game, you can visit the Magic City Classic's website which is embedded below. Tickets go on sale at 10 AM on February 22nd, 2021.