Tennessee fires Jeremy Pruitt and 9 others for "serious" NCAA issues 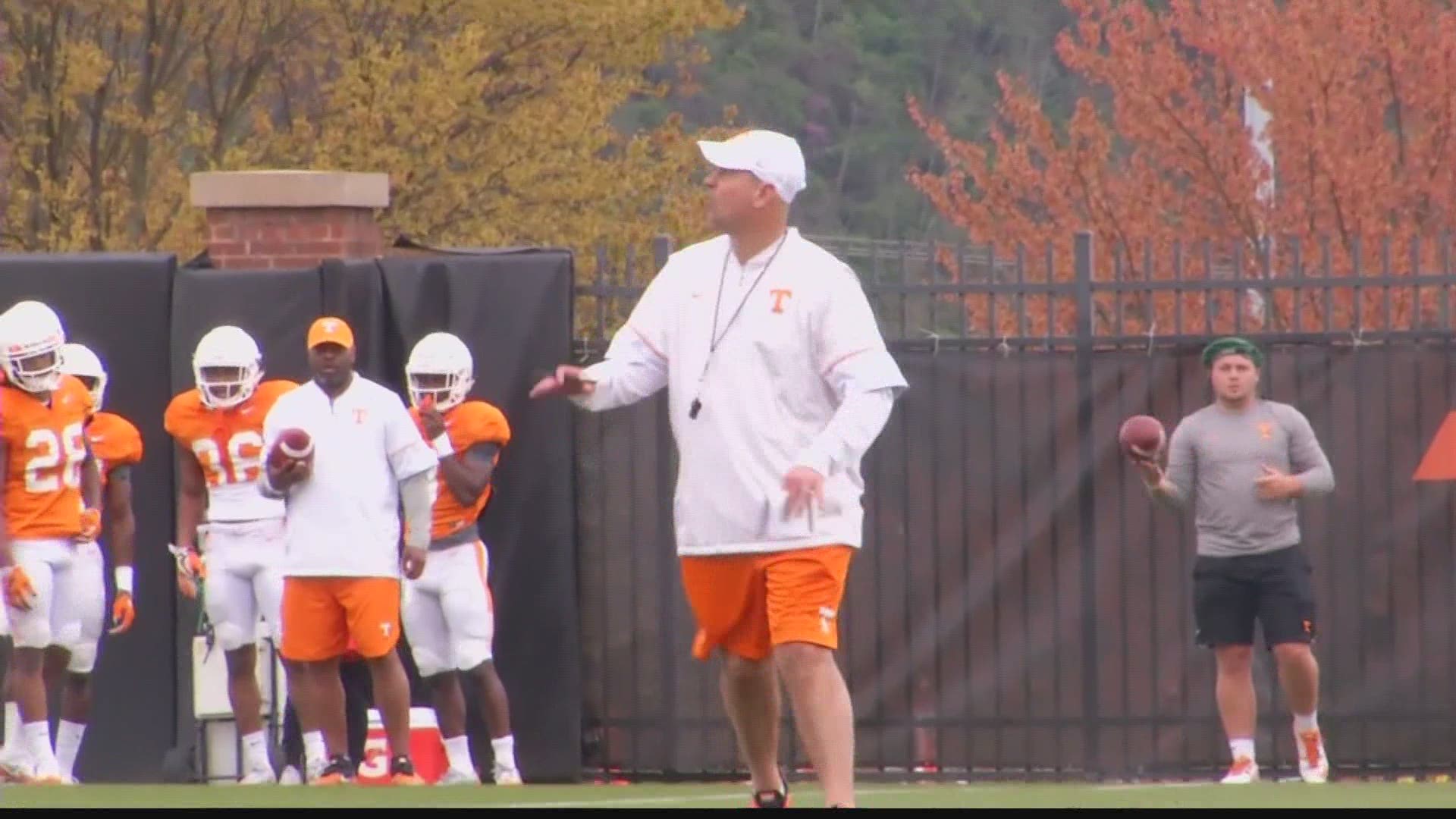 KNOXVILLE, Tenn. — Tennessee has fired Rainsville native Jeremy Pruitt, two assistants and seven members of the Volunteers' recruiting and support staff for cause after an internal investigation found what the university chancellor called “serious violations of NCAA rules.”

Chancellor Donde Plowman said Pruitt was responsible for overseeing the program. Tennessee has been conducting an internal investigation since at least the middle of November into allegations of recruiting violations.

“The personnel actions we are announcing today is an indication of the gravity of what we’ve discovered," Plowman said.

This means Tennessee will not be paying Pruitt a $12.6 million buyout after he went 16-19 in three seasons.

Pruitt went 3-7 in an SEC-only season with each loss by double digits. Tennessee had been picked to play in the Liberty Bowl but withdrew a day later after a batch of positive COVID-19 results, including Pruitt.

Kevin Steele, hired last week as a defensive assistant coach, will act as the acting coach.