Sunisa Lee wins the all-around title at the Tokyo Olympics 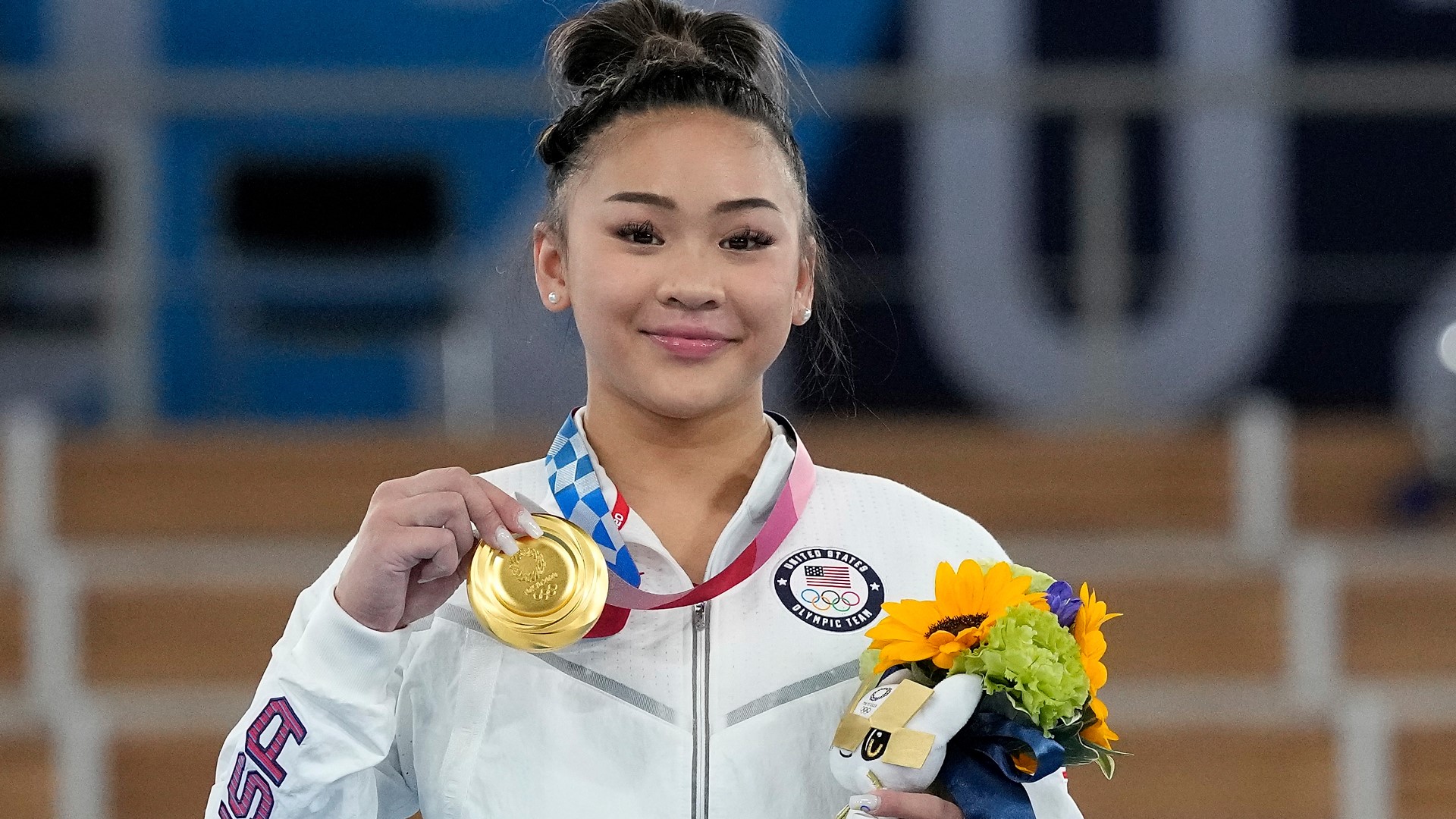 TOKYO, Japan — Auburn gymnastics incoming freshman Sunisa Lee cemented her name in Olympic history as she captured gold for Team USA in the individual all-around Thursday at the Tokyo 2020 Olympics.

"What a fantastic day! I am so proud of Suni and my brother Jess on all they've achieved through this journey," head Auburn gymnastics coach Jeff Graba said. "This is truly a monumental achievement and for Auburn to be a part of it is so awesome. Congrats Suni and War Eagle!"

With the win, Lee continued the line of U.S. Olympic champions and became the fifth-straight American to take gold in the all-around and sixth overall.

Lee held a slim .101 lead over Andrade heading into the final rotation. She nailed her floor routine for a 13.700 to edge out Andrade's 13.666 to claim the top spot on the podium.

Lee kicked off the competition with a 14.600 on vault in rotation one, scoring her best in the event in the Olympic competition. She followed with her specialty and scored a 15.300 on the uneven bars. That mark was the best in the field on the day. Lee had a small balance check on beam, but still put together a great score with a 13.833 to hold the slim lead heading to floor.