K.J. Smith has been named the Big South Conference Football Scholar Athlete of the Year, in addition to earning second-team All-Big South honors on the field. 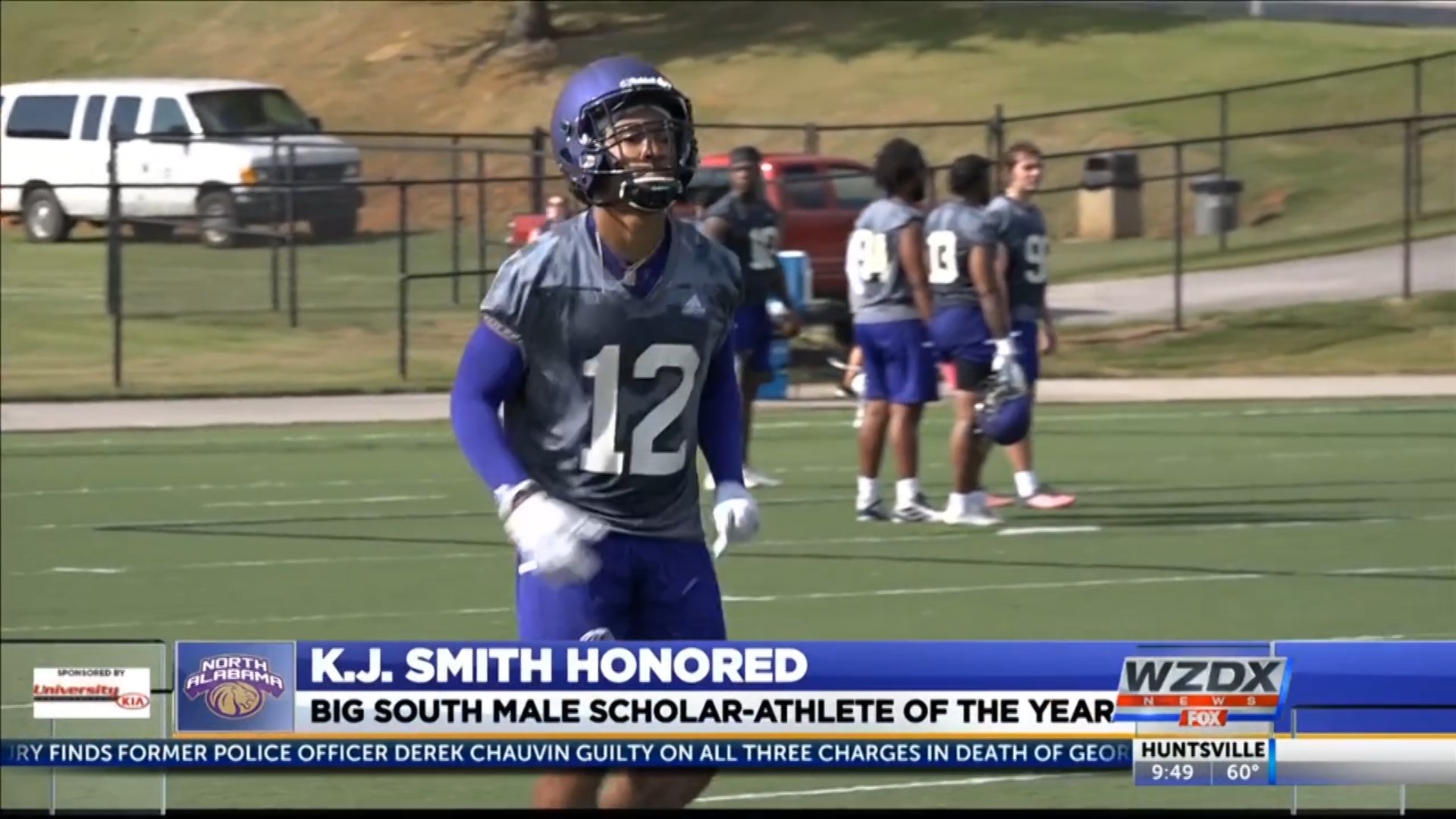 CHARLOTTE, N.C. — For the second straight year, University of North Alabama senior defensive back K.J. Smith of Perry, Ga., has been named the Big South Conference Football Scholar Athlete of the Year, in addition to earning second-team All-Big South honors on the field.

A graduate student at UNA working toward a Master of Science in Health and Human Performance degree, with a concentration in Exercise Science, Smith has a perfect 4.0 grade point average on the graduate level. He previously graduated with a 4.0 GPA while earning a degree in Interdisciplinary Studies, with an emphasis on Health

Smith finished the 2020 season as the team's fourth-leading tackler with 20 total stops. He had 12 solos and eight assists with one tackle for loss of 14 yards, one interception for 13 yards and two pass break-ups. A three-year starter at UNA, he has 123 career tackles to go with six interceptions for 102 yards and 15 break-ups.

He's a 4.0 student AND a three-year starter! 🎓@UNAFootball's KJ Smith is the 2020-21 #BigSouthFB🏈 Scholar-Athlete of the Year! pic.twitter.com/p93eBUSAUa

A national finalist for the STATS FCS Doris Robinson Scholar-Athlete of the Year award in 2019, Smith was selected as the 2019-20 Big South Conference Male Scholar-Athlete of the Year. He was one of just 25 student-athletes from a field of more than 25,000 playing Division I FBS and FCS college football to be selected first-team CoSIDA Academic All-America® last season, becoming UNA's first Division I Academic All-America® selection in any sport since the Lions began their transition in 2018.