Freshman Kenan Jones went into cardiac arrest one year ago. Now he's back on the field as if nothing has changed. 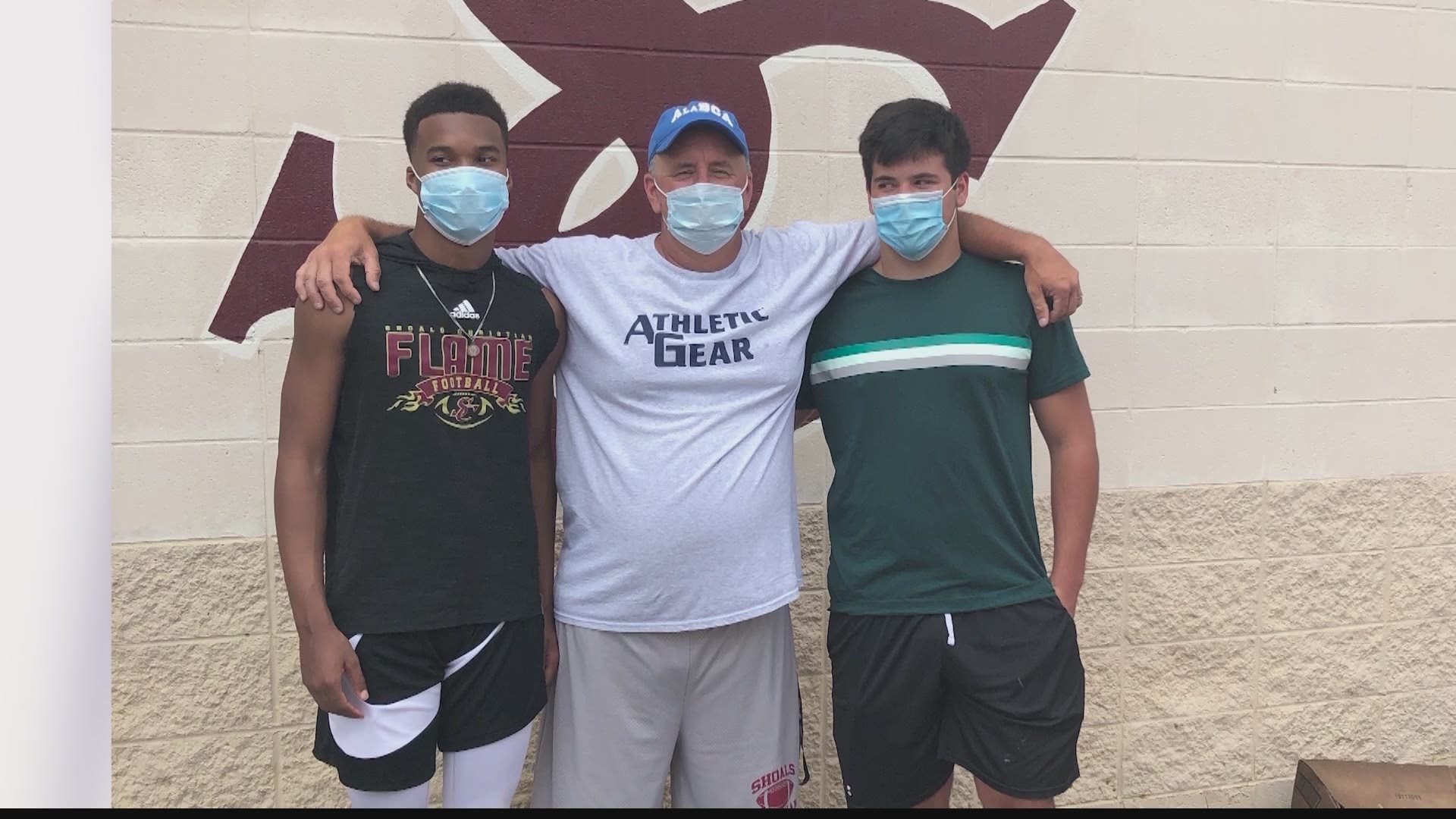 MUSCLE SHOALS, Ala. — June 4, 2019 holds a special place in the Shoals Christian football team's heart, and that's because it was the day freshman Kenan Jones collapsed at practice.

The day was like any other. Head coach Kelly Rushing said it wasn't very hot out, and players were acting just fine. But one weight workout and a few sprints is all it took for 14-year-old Kenan Jones.

But that was not the case. Jones was going into cardiac arrest.

"I started doing CPR on him, and one of my players who is a lifeguard who is CPR certified also came up and assisted me as we gave [Jones] CPR," said Rushing.

For Jones, that moment isn't as clear. His memory doesn't show any evidence of what he experienced that day.

"I just remember waking up in the hospital and seeing my parents to the left of me, and seeing my face on the TV saying I'm awake and stabilized," said Jones.

Coach Rushing refers to the moment as one of the 'worst days of his life,' and that's because it was a day he feared the most. Jones, who had no underlying medical conditions, collapsed and almost lost his life during a practice that wasn't meant to push the players too hard.

"I walked down here to the field house and I was just shook," said Rushing.

Jones was immediately rushed to the hospital, and then eventually transported to the Children's Hospital in Birmingham where he received surgery to help with future problems. Doctors were never able to pinpoint what caused Jones' collapse, but were able to give him an alternative to help him if a similar situation were to occur.

"It's kind of like an AED, where if this were to happen again it would shock him and do what an AED did for him that day," Rushing added.

Now, Jones has been cleared to play other sports like baseball. In fact, one of his first games back tested his new implant.

Rushing said, "His first baseball game back, he got hit with the ball."

But that didn't stop him from continuing doing what he loves. Jones went on to play more of that game, and is now back working out with his football team.

He plans on meeting with doctors again soon to find out if he is cleared to play football this Fall.