HOOVER, Ala. (247 Sports) – The next two SEC Media Days are destined for Atlanta and Nashville. Commissioner Greg Sankey announced the news Monday at the ... 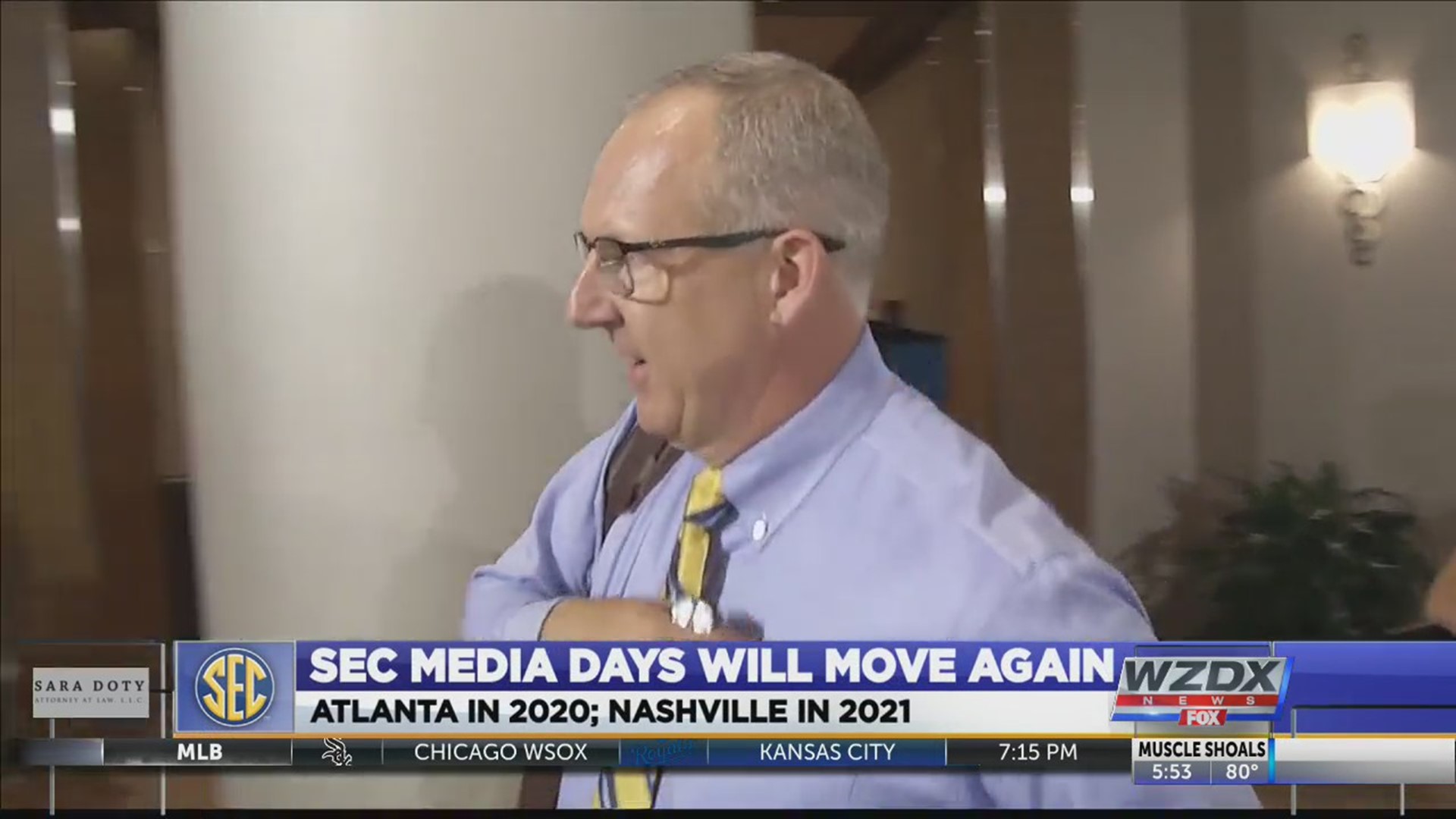 HOOVER, Ala. (247 Sports) – The next two SEC Media Days are destined for Atlanta and Nashville. Commissioner Greg Sankey announced the news Monday at the start of SEC Media Days. Next year’s event will be in Atlanta with Nashville set as the 2021 host.

“I am pleased to announce SEC Football Media Days in 2020 will return to Atlanta and to the Chick-Fil-A College Football Hall of Fame,” Sankey said. “Our summer football event will stay on the move for 2021 at a new destination, as we head to the Music City and the new Grand Hyatt Nashville.”

Both locations are logical selections for the week-long media event. Atlanta is the home of the SEC Championship Game and hosted Media Days in 2018 as well. Nashville, home of the Vanderbilt Commodores, recently drew absurd crowds of football fans for the NFL Draft. Before last year’s event in Atlanta, the primary home of SEC Media Days has been in Alabama at the Hyatt Regency Birmingham – Wynfrey Hotel.

“After the success of Atlanta last year, we will return to Atlanta for football media days,” Sankey said. “We will use the Chick-fil-A College Football Hall of Fame once again as our base. Media days will stay on the move in 2021, and we will go to the Music City and enjoy the new Grant Hyatt Nashville for media days. We appreciate the hospitality here in Hoover and at the Wynfrey this week, and we look forward to the new opportunities in the future.”

Media Days began today with Missouri, Florida and LSU at the podium. For Missouri, the arrival of Kelly Bryant as a graduate transfer from Clemson was the story of the day. Bryant was a member of Clemson’s 2016 championship squad and started against Alabama in the 2017 season’s Crimson Tide victory. Select members of the Florida Gators and LSU Tigers rosters are slated to speak later today, as well as head coaches Dan Mullen and Ed Orgeron.