Alabama and Michigan wanted to meet each other at the end of the season, just not under these circumstances. Two of the sport’s bluebloods fell short in t... 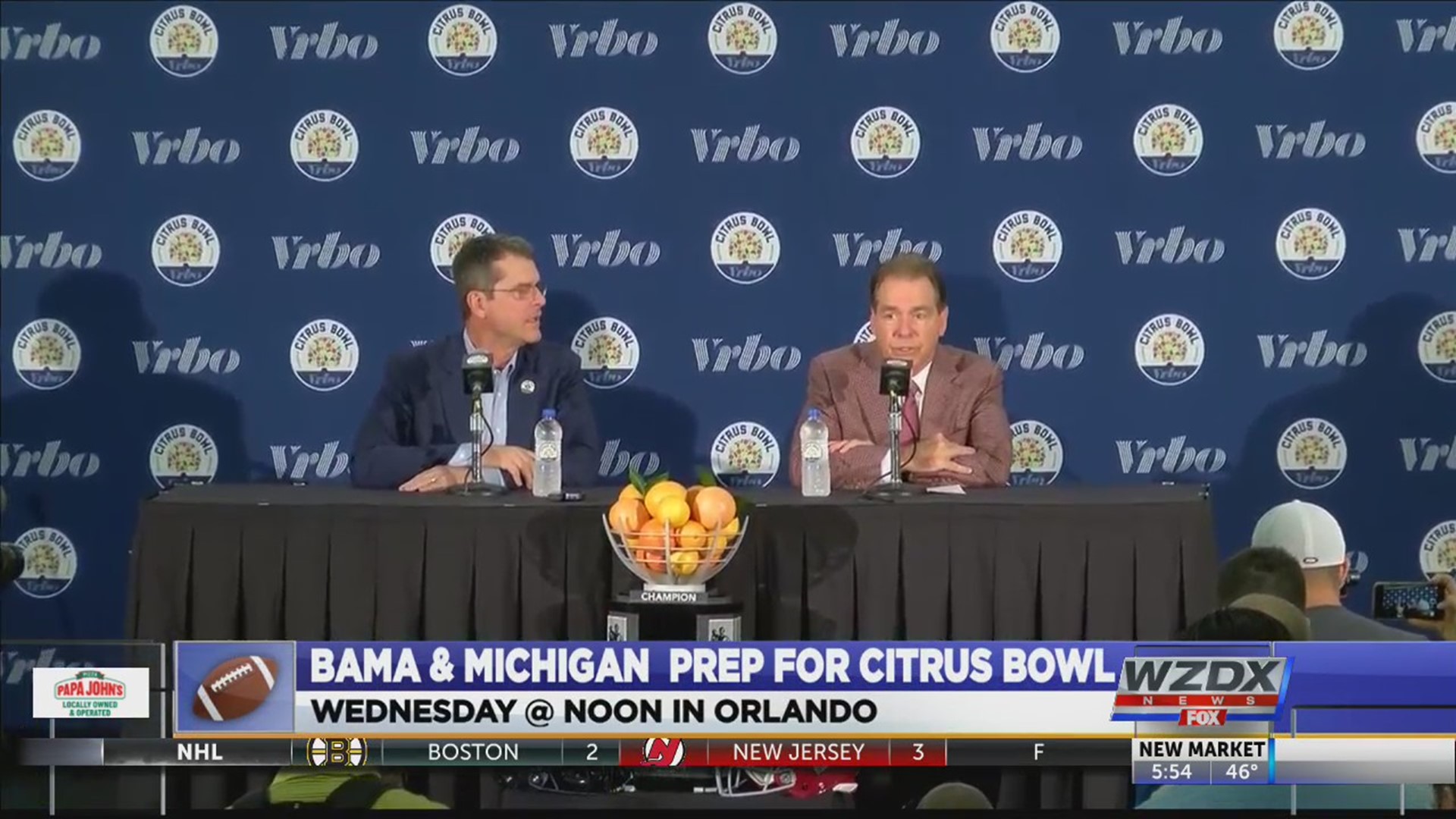 Alabama and Michigan wanted to meet each other at the end of the season, just not under these circumstances.

Two of the sport’s bluebloods fell short in their quest to qualify for the College Football Playoff. They instead had to settle for a trip to the Citrus Bowl in Orlando, Fla., on New Year’s Day.

It’s an unusual place for the 13th-ranked Crimson Tide to finish their season after appearing in the national championship game in each of the past four seasons and in all five previous playoffs.

The biggest question mark concerning Alabama is how seriously it will take the game. Coach Nick Saban said he believes his team is taking the right approach.

“I talked to the players about, ‘We want you to have a good time, we want you to enjoy yourself, but we also want to play well in the game,'” he said. “We’ve got a lot to prove in this game in terms of we’re a little bit disappointed in how we finished the season, so this is an opportunity that we have to try to play well against a good team.

“When you’re in meetings, when you’re at practice, you need to focus on the things that you need to do so that you can go out there and perform better. … So far, the players have been pretty mature about that part of it.”

The Crimson Tide (10-2) cruised through their first eight games before falling 46-41 to LSU. Following two more easy victories, they lost another high-scoring game, 48-45 to Auburn in the Iron Bowl.

Mac Jones, who inherited the No. 1 quarterback spot when Tua Tagovailoa suffered a season-ending hip injury, has completed 69.8 percent of his 166 pass attempts, with 11 touchdowns.

“I think the big thing with Mac is he really doesn’t have anything to prove,” Saban said. “I think what he needs to do is do his job well.”

The top cornerbacks for 9-3 Michigan — Ambry Thomas and Lavert Hill — are eager for the challenge.

“I know a lot about them,” Hill told the Detroit Free Press.

Alabama’s defense has been shredded during its losses and will take the field without two key players in the bowl game. Linebacker Terrell Lewis and defensive back Trevon Diggs have decided to skip the game to prepare for the NFL draft.

Michigan’s season ended with another lopsided loss to archrival Ohio State. The 14th-ranked Wolverines carried a four-game winning streak into the annual showdown, but the Buckeyes carved them up, 56-27.

Signature wins have been few and far between for Jim Harbaugh since he took over the Michigan program in 2015. The Wolverines’ last bowl victory came in the Citrus Bowl on Jan. 1, 2016, a 41-7 romp over Florida. They have lost three bowl games since.

Beating Alabama would help appease the antsy Michigan fan base.

“I have the utmost respect for them,” Harbaugh said of Alabama. “They’ve set the bar for college football over the last many years, a model of success, and credit to Nick Saban and his coaches. … We’ll need to have a great plan for all three phases of the game. Excited for the opportunity.”

Michigan quarterback Shea Patterson can finish off his career on a high note. He has thrown 22 touchdown passes and scored five more on the ground this season.