The announcement comes less than two weeks before the team's first game. 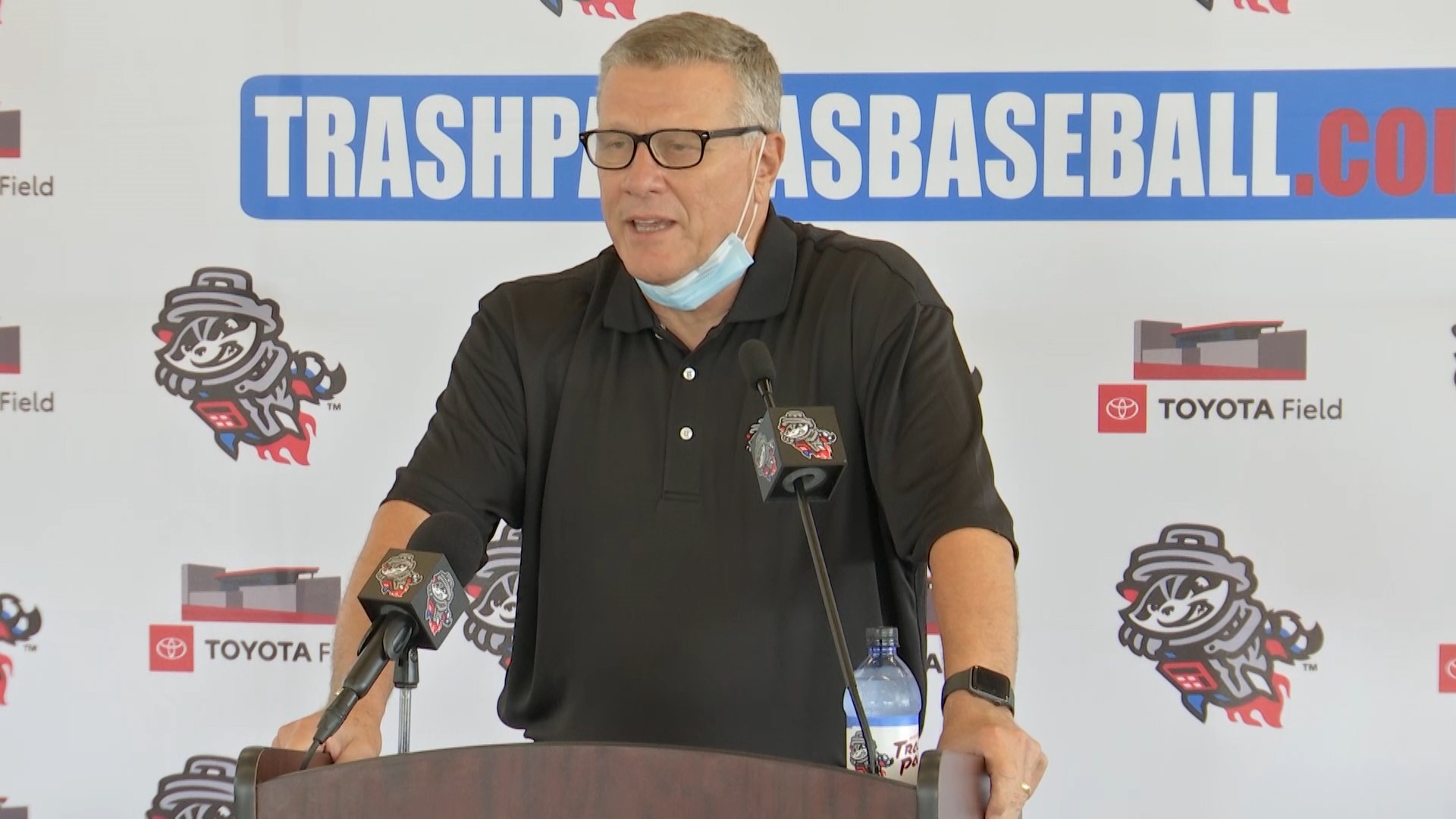 MADISON, Ala. — UPDATE: The City of Madison released an additional statement regarding the departure of Trash Pandas CEO Ralph Nelson:

“The City of Madison has already received $165,738.12 from Ballcorps for the 2020 season and are in the final stages of the required audit as agreed to in the lease agreement. As confirmed from our Revenue Department, Ballcorps is current on their sales tax payments and there are no outstanding delinquencies. While the pandemic affected many businesses, the Trash Panda team successfully hosted over 175 separate community events throughout 2020 and have assured full payment to the City following the audit. Every organization is larger than one person, and our Rocket City Trash Pandas have an incredible staff ready to welcome our community into Toyota Field May 11th….. Let’s 'Play Ball!’”

The team released the following statement regarding Nelson's resignation:

Today, Ralph Nelson announced his resignation to the Trash Pandas. We thank him for his service and wish him the best in his future endeavors. With the full support of ownership, which remains unchanged, General Manager Garrett Fahrmann and Vice President Lindsey Knupp will capably lead the organization.

We eagerly anticipate the official launch of Trash Pandas baseball in front of a sold-out crowd on May 11. Despite the host of challenges this past year, we would like to thank each of you for your support and enthusiasm. Opening Day will allow us to finally commemorate the collective efforts of our employees, community leaders, and corporate partners, all of whom have worked tirelessly to create this pinnacle moment - to finally play baseball in a home town region that has welcomed us wholeheartedly.

We look forward to continuing to play an active role in bringing joy, entertainment, and pastimes for years to come in Northern Alabama.

What did Ralph Nelson say about his resignation from the Rocket City Trash Pandas?

Ralph Nelson said the following in a letter about his resignation:

It is with great pride and a tremendous sense of accomplishment, that I share the news that I have decided it is time step aside from my role with the Rocket City Trash Pandas to pursue a new venture.

For the past several years, we have worked tirelessly to create the most state-of-the-art baseball stadium in Minor League Baseball. My passion for finding and upgrading underperforming Minor League Baseball teams came to fruition when the Mobile Bay Bears were relocated to Madison and rebranded as the Rocket City Trash Pandas. The Trash Panda brand is now known throughout the world and I am beyond proud of this unprecedented accomplishment. My singular goal has always been to bring Minor League baseball back to North Alabama and, in less than two weeks, that goal will be accomplished with the Trash Pandas Inaugural Season Opener on May 11, 2021.

That said, it is time for me to focus my energies on a new project. As a result of the work we accomplished in North Alabama, a new opportunity was presented to me in late 2019. It was the pursuit of another team and potential relocation, which will require my full attention. I began due diligence on this project while overseeing the day-to-day operations of the Trash Pandas. I was committed to ensuring the Trash Pandas were poised for success and wanted to see them through the first season. When the pandemic hit, the new opportunity was to be put on hold so I could focus my energies on keeping the Trash Pandas franchise afloat, and utilizing Toyota Field in the very best ways possible while being Covid compliant, all without the teams’ primary revenue source: professional baseball. I feel that at this time, we have accomplished all that and more. In the past months, I made a commitment to pursue this new opportunity, and with the Trash Pandas Inaugural season about to begin, my desire is to go back to the work that I love the most: building a new team and a new stadium.

I thank all of you for your support, enthusiasm, belief and trust in me. Without you, this dream would not have been realized.

The City of Madison also released a statement about the resignation:

"The City of Madison has been working closely with the Ballcorps team to ensure success for Toyota Field and the Trash Pandas. While this change in leadership comes at a critical time ahead of opening day, we are confident in the professional staff Ballcorps has assembled to lead us through the 2021 season. The City continues to work with Ballcorps to finalize the 2020 season audits as per our License agreement and has every confidence we will receive full payment once the audit is complete."

What is the Rocket City Trash Pandas schedule now?

As of April 21, the Rocket City Trash Pandas schedule remains unchanged, with their first game on May 4 and their home opener in May 11.