The Philadelphia Eagles moved from the No. 12 pick to No. 10 in a trade with the rival Dallas Cowboys and selected Heisman Trophy winner DeVonta Smith from Alabama 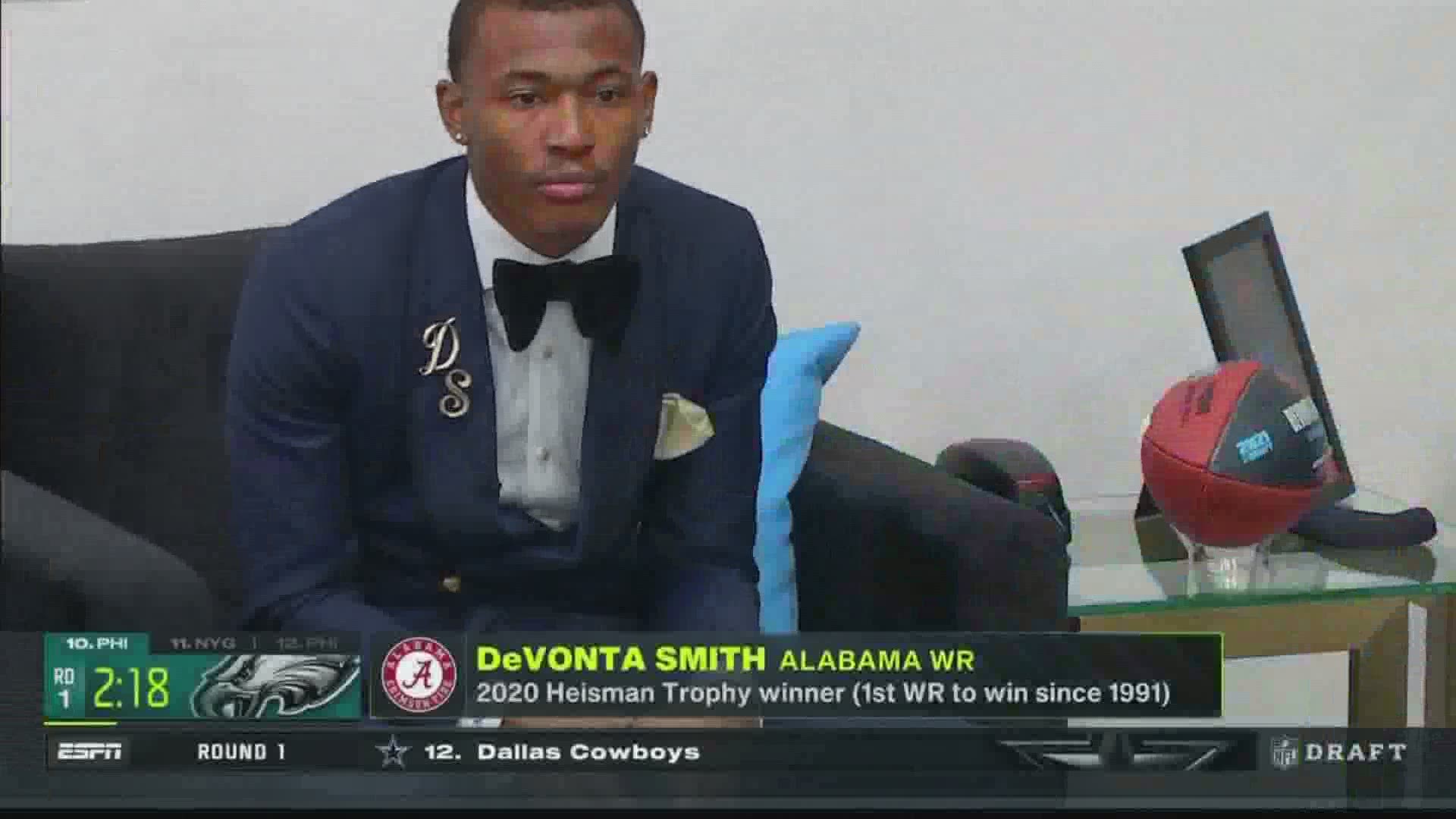 PHILADELPHIA — The Philadelphia Eagles moved from the No. 12 pick to No. 10 in a trade with the rival Dallas Cowboys and selected Alabama receiver and Heisman Trophy winner DeVonta Smith on Thursday night in the 2021 NFL draft.

Thwarted in their bids to take a cornerback, the Cowboys traded their 10th pick and got back the 12th pick as well as the Eagles' third-round pick. The Cowboys were high on cornerbacks Jaycee Horn and Patrick Surtain, who went to Carolina and Denver at Nos. 8 and 9, respectively.

"Every day you're gonna get the best out of me no matter what the circumstance is, how things are going, you'll always get my best," Smith said when asked what he wants Eagles fans to know about how he plays the game.

Smith led the NCAA in receptions (117), receiving yards (1,856) and receiving TDs (23) en route to winning the Heisman Trophy in 2020. Still, he was the third receiver selected in the draft behind LSU's JaMarr Chase and Alabama teammate Jaylen Waddle due in part to concerns over his weight. He reportedly weighed in at 166 pounds during his medical check-in at the NFL combine earlier this month in Indianapolis.

"Good players come in all shapes and sizes, and so we're not going to discriminate based on any of those things," general manager Howie Roseman said during his pre-draft process when asked about non-prototypical receivers.

It is the sixth draft-day trade the Cowboys and Eagles have consummated since 1989.

A dream come true, and now the real work begins. Love my team, ready to give them everything on the field. RT if you’re with me, @eagles fans! 🏈 #NFLDraft2021 @verizon #VerizonPartner pic.twitter.com/9AAmzYsjYb