Parker Driggers rushed for 134 yards and scored three touchdowns in the opening half, including a school-record 99-yard touchdown run. 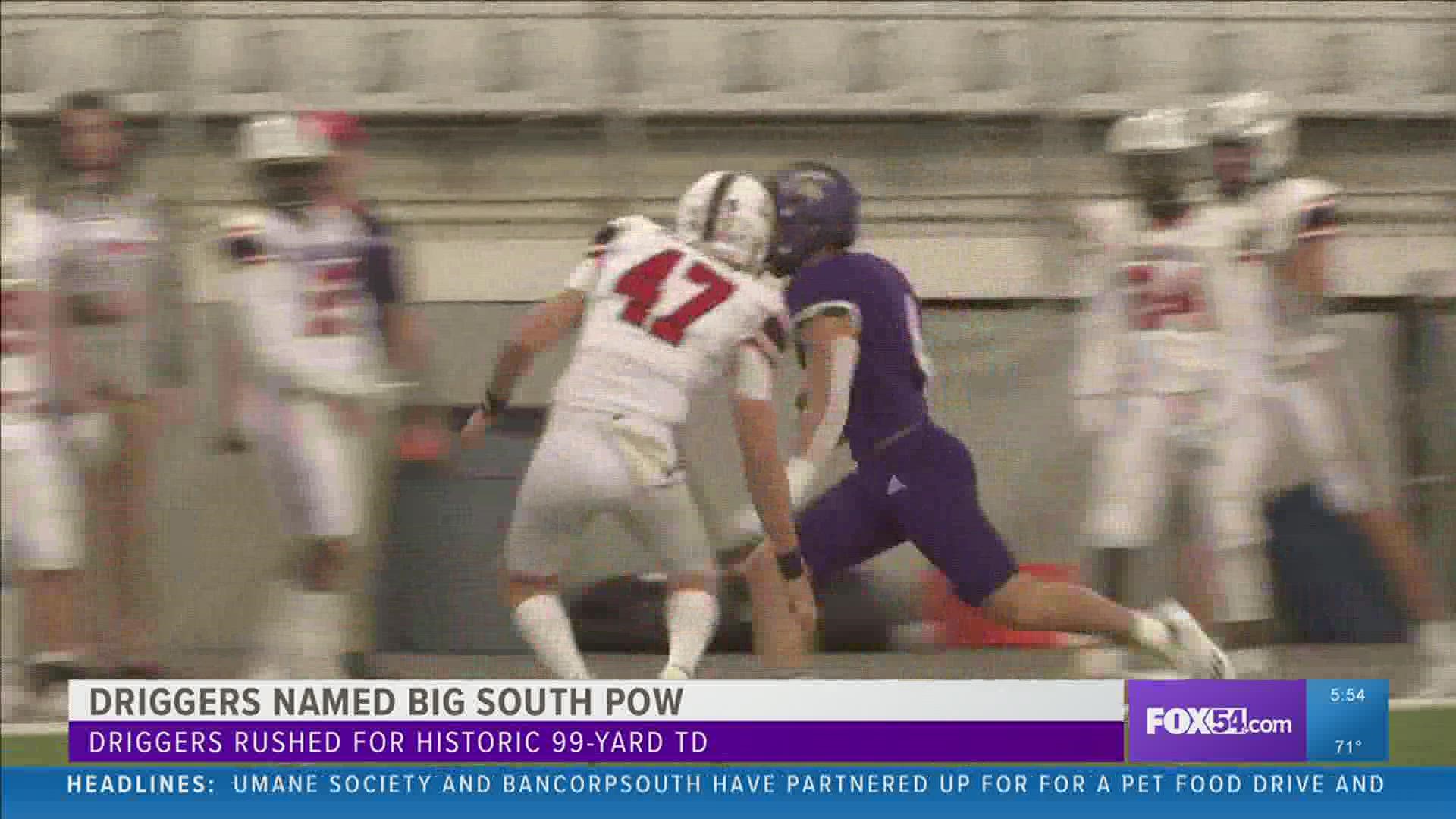 CHARLOTTE, N.C. — North Alabama running back Parker Driggers (Brantley, Ala.) has been named the Big South Football Offensive Player of the Week.

Driggers rushed for 145 yards and three touchdowns, and amassed 255 all-purpose yards in North Alabama’s 42-31 victory over Robert Morris.  His 58-yard return of the opening kickoff set up UNA’s first touchdown, which he scored from 1-yard out.

He scored 3⃣ rushing touchdowns, including a 99-yard record-setting burst in Saturday's Homecoming win!@UNAFootball's Parker Driggers is the #BigSouthFB🏈 Offensive Player of the Week! pic.twitter.com/k5u7OZYz8r

Driggers put UNA back in the lead at 14-7 with a 7-yard run midway through the second quarter, then exploded for a Big South-record 99-yard touchdown run to give the Lions a 21-7 advantage.  He averaged 12.1 yards per carry, caught two passes for 14 yards and returned three kickoffs for 96 yards to lead UNA to its first win of the year.

The previous UNA record was 97 yards by Brian Satterfield against Fort Valley State in the 1993 season opener at Braly Stadium.

Driggers had 255 all-purpose yards in the game, which included a 58-yard return on the game's opening kickoff that set up UNA's first score of the night. Driggers finished the day with 145 yards rushing, 14 receiving and 96 on kickoff returns.

He also scored on runs of one, seven and 99 yards.

His 145 yards rushing and 255 all-purpose yards were the most by any UNA player in the school's FCS era.

He is the third Lion to win Big South honors this season.