Seniors Slate Alford and Ryan West sign their NLI's to play baseball at the next level Wednesday morning.

MADISON, Ala. — Wednesday morning was a big day for another couple of Bob Jones baseball players. Seniors Slate Alford and Ryan West signed to play at the next level after much consideration. 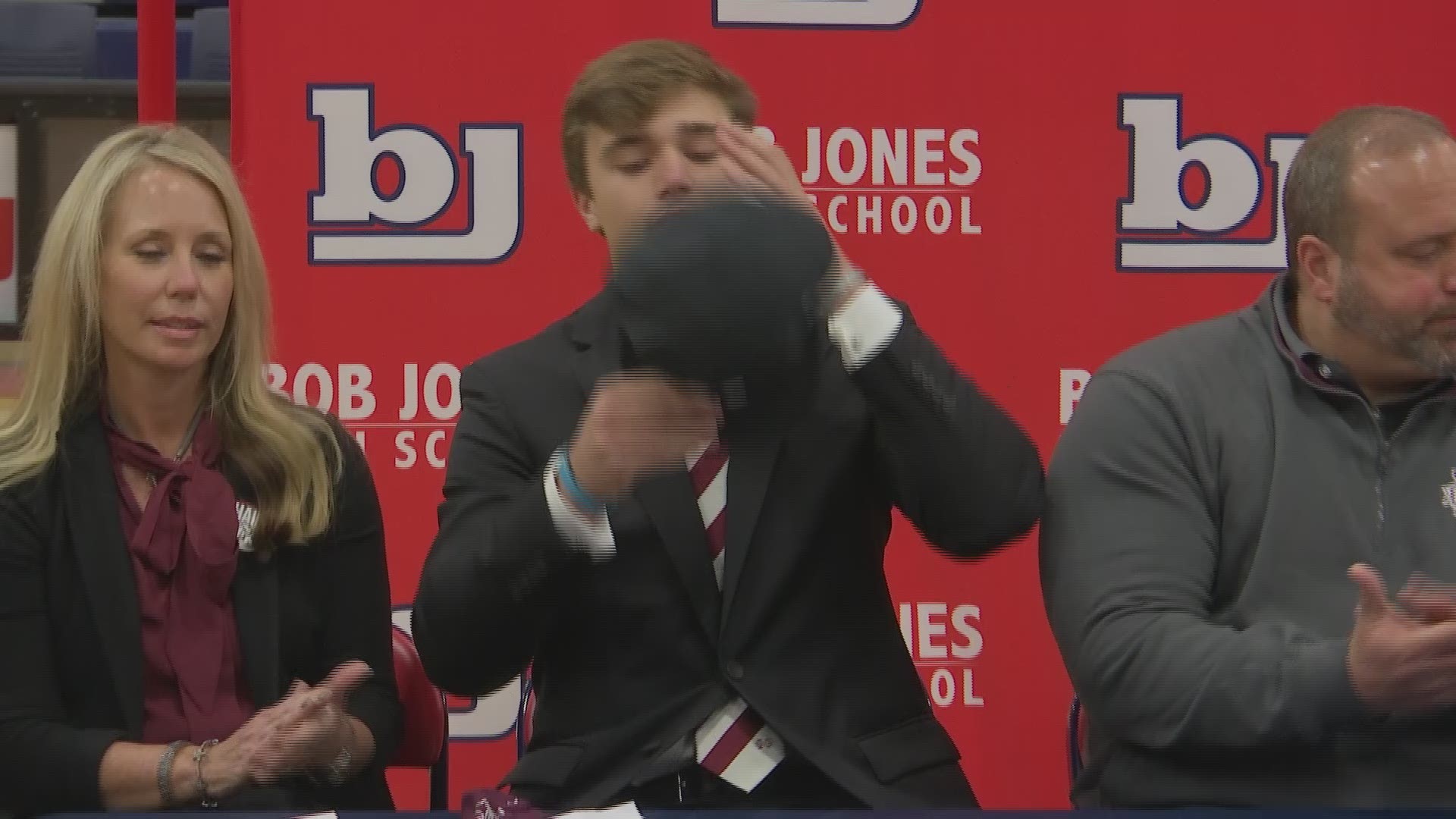 Third baseman, Slate Alford decided to take his talents to Mississippi State University in Starkville, Miss. According to Perfect Game, Alford is the number one ranked third baseman in the state and the twelfth best in the country. A couple weeks ago he was committed to Auburn, but decided to change his decision last minute. Alford started all four years at Bob Jones High School and is currently 9th all-time in career hits.

His teammate Ryan West is signing to play second baseman/shortstop at Coastal Alabama Community College in Brewton. The senior played in 14 of the Patriot's 20 games last spring, and had a batting average of .375 in those 14 games.