On Saturday, Nick Saban lost his mind in the midst of a blowout win over Duke. On Wednesday, the Alabama head coach said he paid a price at home for his infract... 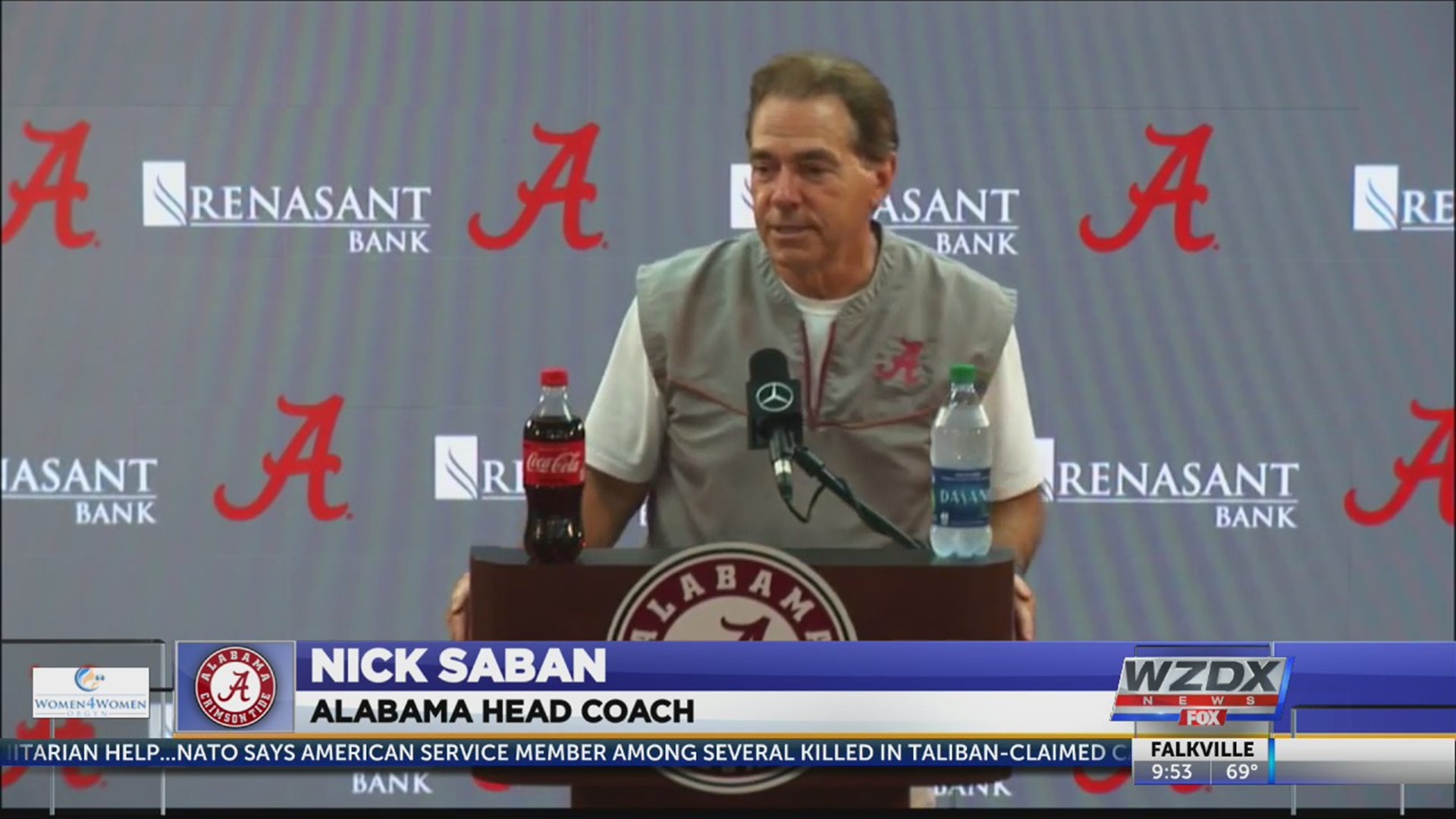 On Saturday, Nick Saban lost his mind in the midst of a blowout win over Duke.

On Wednesday, the Alabama head coach said he paid a price at home for his infraction.

Saban got fired up in the third quarter with the Crimson Tide leading 35-3 when officials hit Alabama with a sideline warning after players celebrated an interception.

Saban was not having it. He unleashed a torrent of expletives on the nearest official, including a few choice F- and BS-bombs.

This rant, of course, led to a yellow flag for unsportsmanlike conduct.

Saban took a significantly lighter tone when talking about the infraction with reporters Wednesday, noting that his wife, Terry Saban, implemented additional punishment at home.

“Ms. Terry made me run on the treadmill for 20 minutes,” Saban said. “The leadership group had a meeting, and they wanted to implement some disciplinary action. But it kind of got overruled.”

He also acknowledged that he was out of line when explaining his reaction.

“But I’m not proud of it,” Saban said. “I really am not. In all honesty, there was somebody in the white. It wasn’t a player, it was a coach. I thought they were upset because the players were celebrating a good play. That sort of fueled my reaction.”

It’s nice to see that Saban, unlike his most-compared NFL counterpart Bill Belichick, is capable of demonstrating a semblance of human emotion and sense of humor.