TUSCALOOSA, Ala. — When it comes to the status of injured quarterback Tua Tagovailoa, confidence is riding high around the Alabama athletic complex with each da... 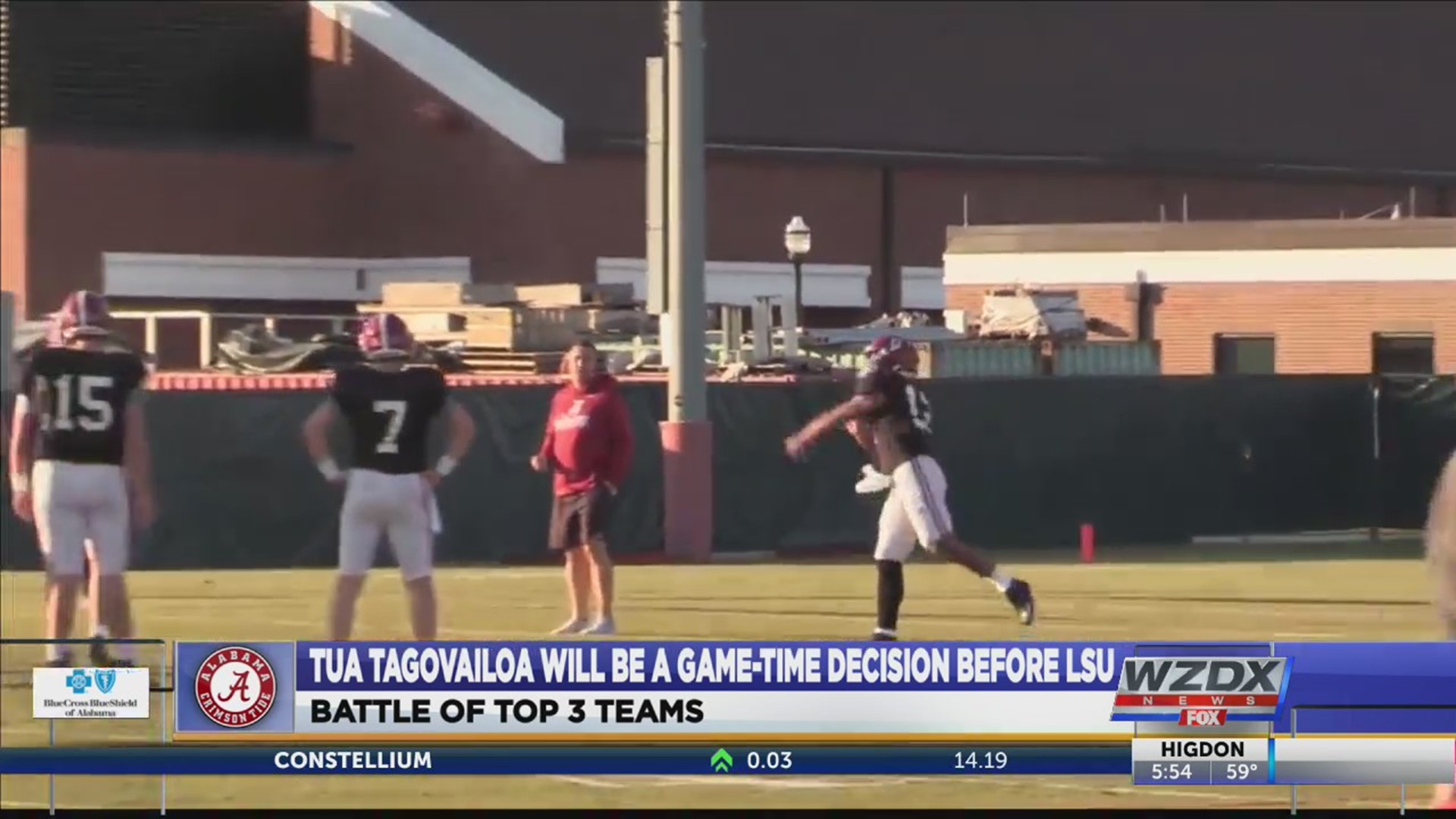 TUSCALOOSA, Ala. — When it comes to the status of injured quarterback Tua Tagovailoa, confidence is riding high around the Alabama athletic complex with each day heading into Saturday’s rivalry game against No. 2 LSU.

“Tua’s worked hard to try to get back to where he has an opportunity to play, he’s practiced some, we still don’t know what his status for the game is going to be, we’ll make it when the game comes,” Saban said later Wednesday. “We don’t know what kind of setbacks he’s going to have and (how) he’ll continue to progress. There’s nothing else I can really say about it.”

Tagovailoa underwent a “tightrope” surgical procedure on his right, non-plant ankle on Oct. 20 to help the healing process for a high ankle sprain suffered in the first half against Tennessee. Should he play Saturday as expected, it would be exactly 20 days post-op, which is almost unheard-of among skill players that have undergone a similar procedure.