Kevin Byard left the talking to the Titans and his agent this offseason, and now he’s agreed to a deal making him the NFL’s highest-paid safety with... 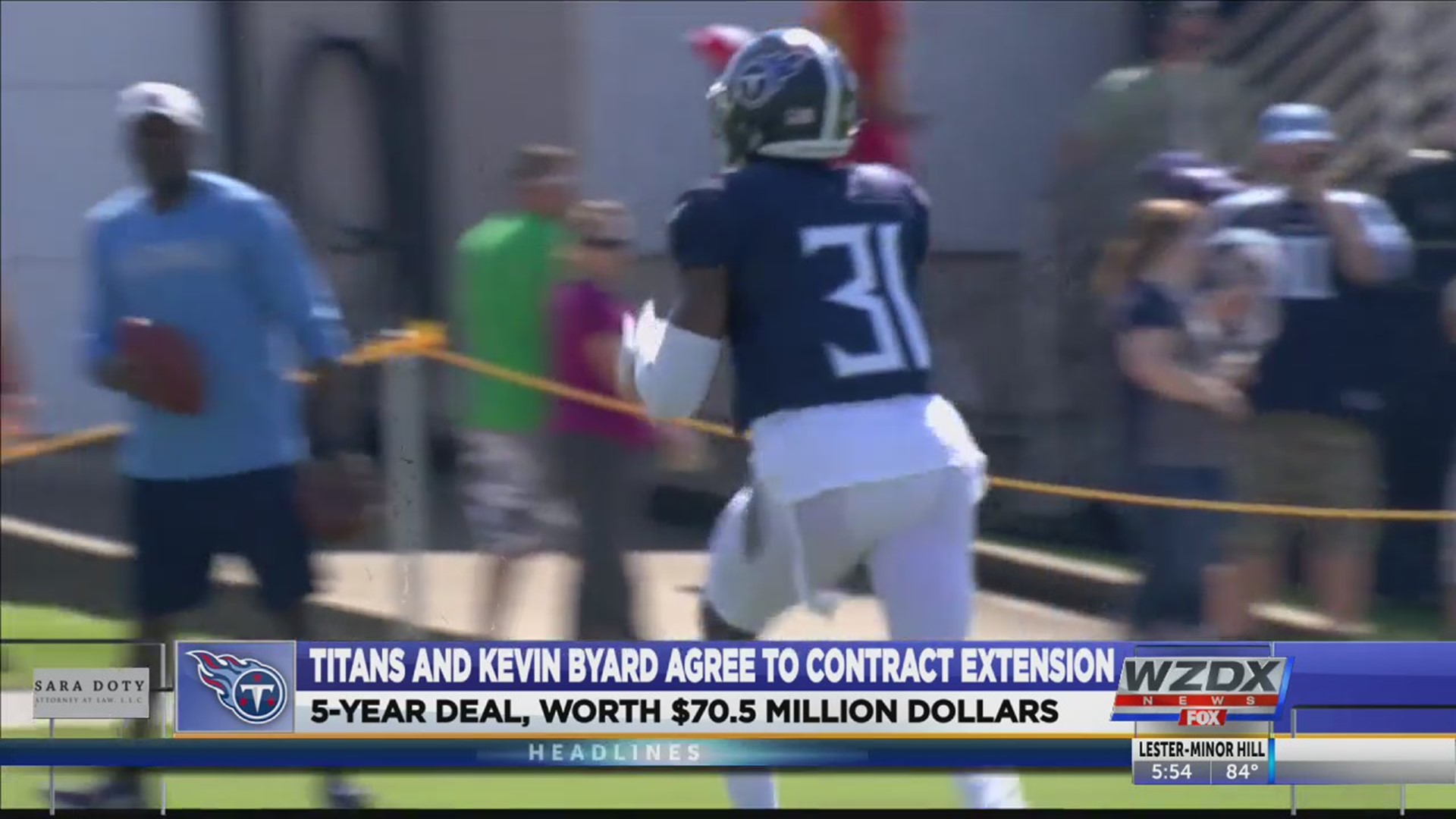 Kevin Byard left the talking to the Titans and his agent this offseason, and now he’s agreed to a deal making him the NFL’s highest-paid safety with a contract extension hours before they report for training camp.

EAST RUTHERFORD, NJ &#8211; DECEMBER 16: Kevin Byard #31 of the Tennessee Titans returns an interception during the second half against the New York Giants at MetLife Stadium on December 16, 2018 in East Rutherford, New Jersey. (Photo by Steven Ryan/Getty Images)

“My guy tell that boy jalenramsey let you use that brinks truck!!!!!” Casey wrote on Twitter after the Jaguars cornerback arrived to training camp in an armored truck earlier Wednesday.

“Congrats to KB31_Era we all witnessed the transformation to a Great One!” Orakpo wrote on Twitter.

NASHVILLE, TN &#8211; DECEMBER 6: Kevin Byard #31 of the Tennessee Titans celebrates after making a tackle during a game against the Jacksonville Jaguars at Nissan Stadium on December 6, 2018 in Nashville,Tennessee. The Titans defeated the Jaguars 30-9. (Photo by Wesley Hitt/Getty Images)

Byard was an All-Pro in 2017 when he had eight interceptions. The third-round pick in 2016 out of Middle Tennessee has not missed a game since becoming a starter and has 12 interceptions over the past two seasons. He has 246 tackles and 10 quarterback pressures through three seasons.

His contract was due to expire after this season. Byard took part in the Titans’ offseason program, saying he trusted his agent to handle talks with the Titans while he focused on being a leader. He agreed to terms the night before the Titans report for training camp Thursday.

This is the third straight year the Titans have extended a player around the start of training camp under general manager Jon Robinson.

Last year, they made Pro Bowl left tackle Taylor Lewan the highest-paid offensive lineman in the league with an extension for three-time Pro Bowl tight end Delanie Walker, while Casey got his extension in July 2017.

Byard’s extension comes hours after Lewan announced on social media that he faces a four-game suspension for violating the league’s policy on performance-enhancing drugs.