The 2,000-yard NFL rushers club has added the Titans’ Derrick Henry as its 8th member. 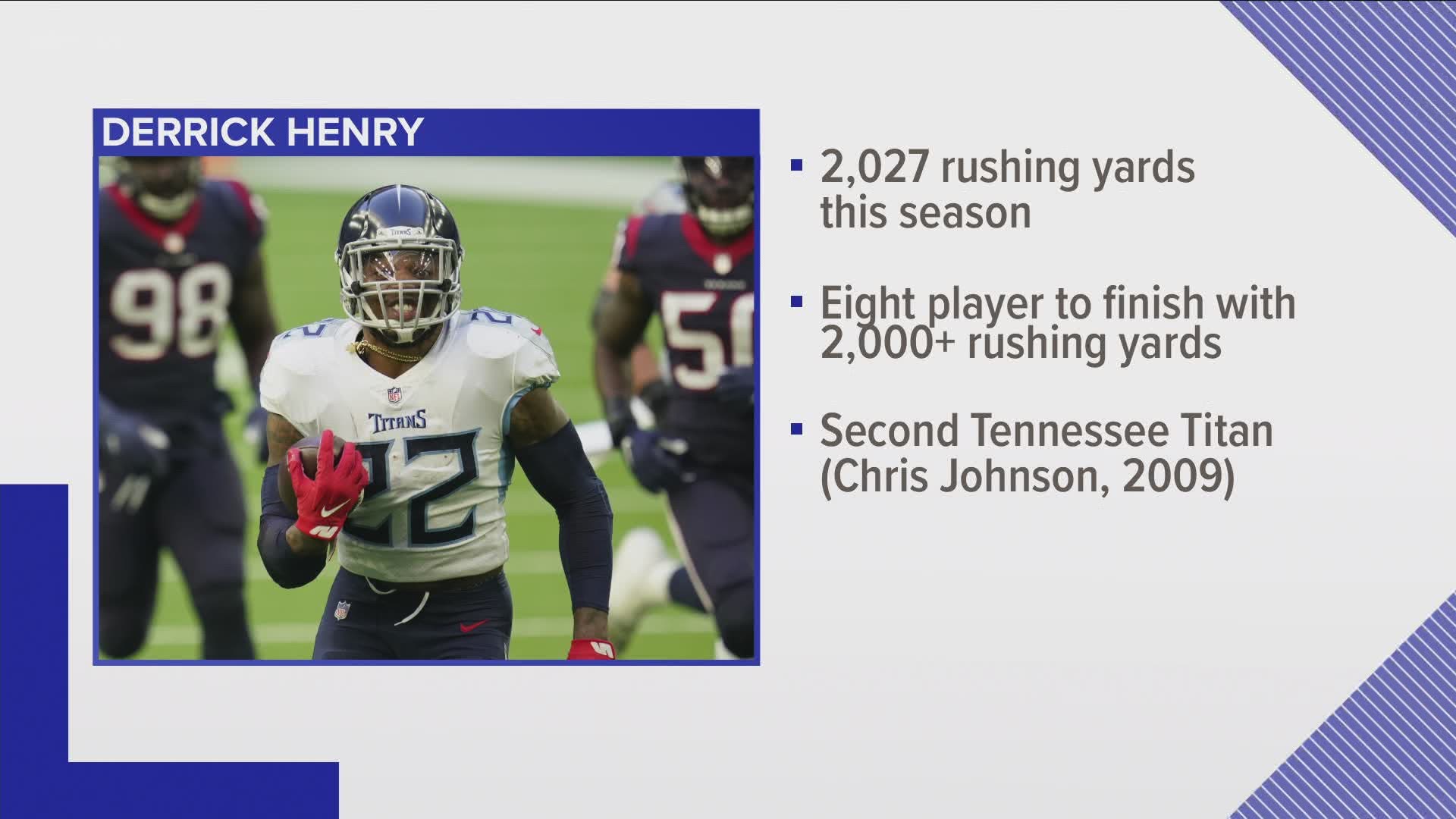 HOUSTON — Tennessee's Derrick Henry became the eighth player in NFL history to run for 2,000 yards in a season.

Henry, who entered the game with 1,777 yards rushing, reached the mark on a 6-yard run in the fourth quarter on Sunday against the Houston Texans.

Henry finished the day with a career-high 250 yards to give him the franchise record for yards rushing in a season and the fifth-best total in league history with 2,027.

Every yard was meaningful as the Titans squeaked out a 41-38 victory over the Texans to capture the AFC South title.

Welcome to the 2K club @KingHenry_2

Credit: AP
Tennessee Titans running back Derrick Henry (22) runs for a first down against the Houston Texans during the second half of an NFL football game Sunday, Jan. 3, 2021, in Houston. (AP Photo/Sam Craft)

MORE WAYS TO GET 9NEWS

HOW TO ADD THE 9NEWS APP TO YOUR STREAMING DEVICE

ROKU: add the channel from the ROKU store or by searching for KUSA.

For both Apple TV and Fire TV, search for "9news" to find the free app to add to your account. Another option for Fire TV is to have the app delivered directly to your Fire TV through Amazon.