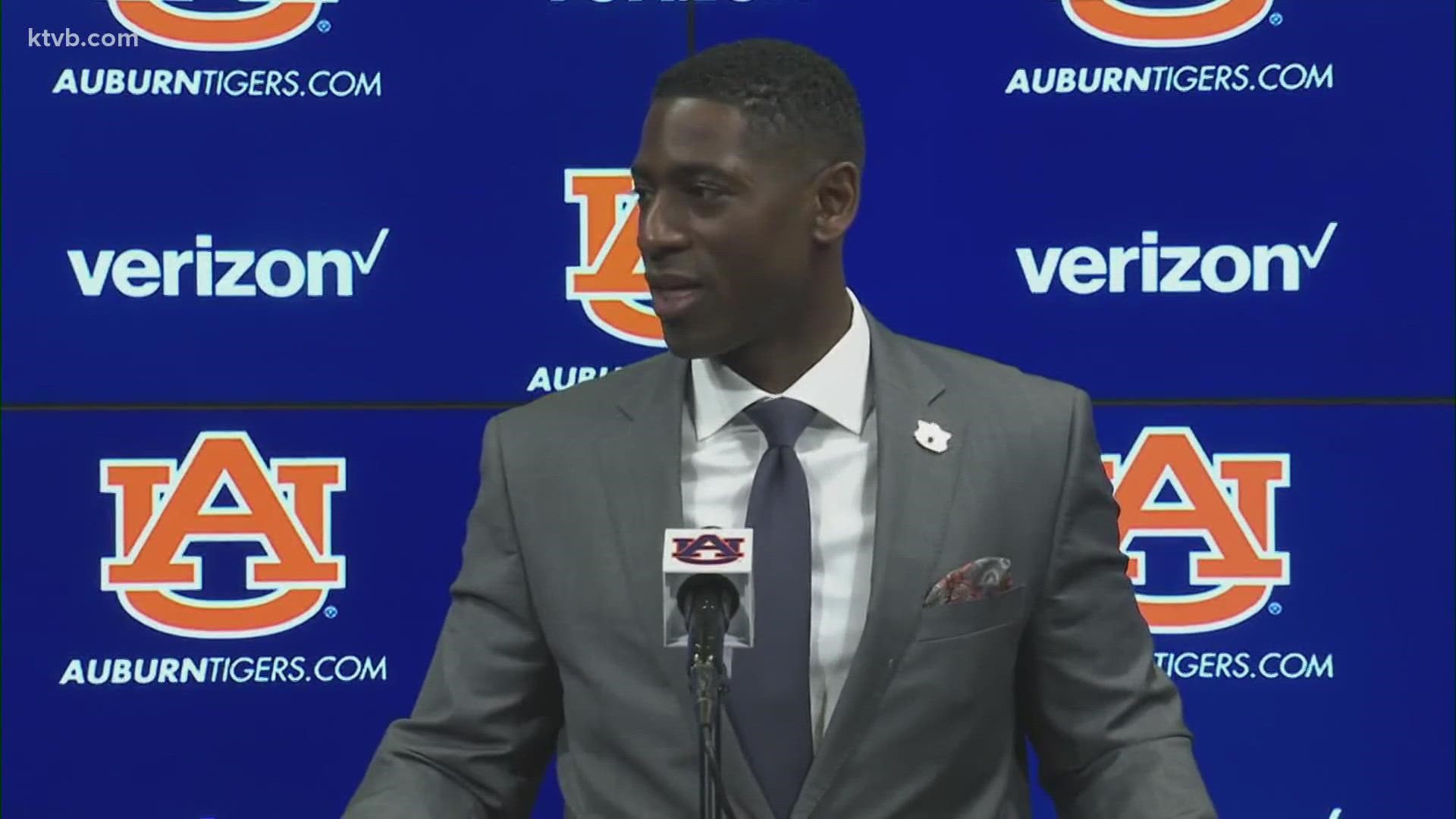 "I had a wonderful experience at Boise, and there was no other place, other than Auburn University, that it was going to pull me away from a program like that," Harsin said of leaving Boise State.

He explained that soon after talking with Auburn University leadership, he knew found a number one reason for taking the head coaching position for the Tigers.

"It's the people. And to me, that's the most important thing," he said, "and when I got a chance to read the creed and to do some more research, and to find out how this program has been built into what it is now, and how this university has been built and the importance of Auburn University, you can tell right that this is all about the people and that resonates with me."

Harsin announced Tuesday that he had taken a job with Auburn after six years as the Broncos' head coach.

"I had a wonderful experience at Boise, and there was no other place other than Auburn University that it was going to pull me away from a program like that," Harsin said during his introductory press conference.

"That program will thrive. I will be a part of, somehow, some way to support that, and want to see the continuation of that program," Harsin said. "Grow, develop and be we all know what it's capable of being, and I will support the next head coaches. But those guys, I thought we left on good terms because they know that I'm going to be back around at some point, and I will always. They will always have my support."

Harsin left Arkansas State as their head coach and took over the Broncos' football program in 2014 after then-coach Chris Peterson left for the University of Washington Huskies.

Harsin is a Boise native, graduating from Capital High School before walking onto the Boise State football team as a quarterback.

"I'm incredibly excited and humbled for the opportunity to be at a place like Auburn University," he said in a statement. "I knew it would take a special opportunity to get me out of Boise and Auburn is exactly that, the chance to compete at the highest level for one of the greatest programs in college football."

"I'll leave you with this once a Bronco, always a Bronco," Harsin said.

“I am incredibly humbled by this opportunity,” Danielson said. “Boise State has been a great place for a long time, and I want to make sure our current student-athletes and the student-athletes that are committed to us know that it will continue to be great. The best is still to come!”

For the last three years, Danielson has been a member of Boise State staff, first working with Bronco STUDS his first two seasons and more recently, he has worked with Boise State's defensive line.

“Coach Danielson is a strong leader on and off the field and is well-respected among our student-athletes, coaches, staff and administration,” Boise State interim athletic director Bob Carney said. “He is prepared to step in and lead this program as we search for a permanent head coach.”

A nationwide search for Harsin's permanent replacement and a new university athletic director is underway now.

See all of our Boise State football coverage in our YouTube playlist: