At first glance, the starting gate at Emerald Downs racetrack looks relatively normal. But then the gates open and the race begins, and instead of thoroughbreds... 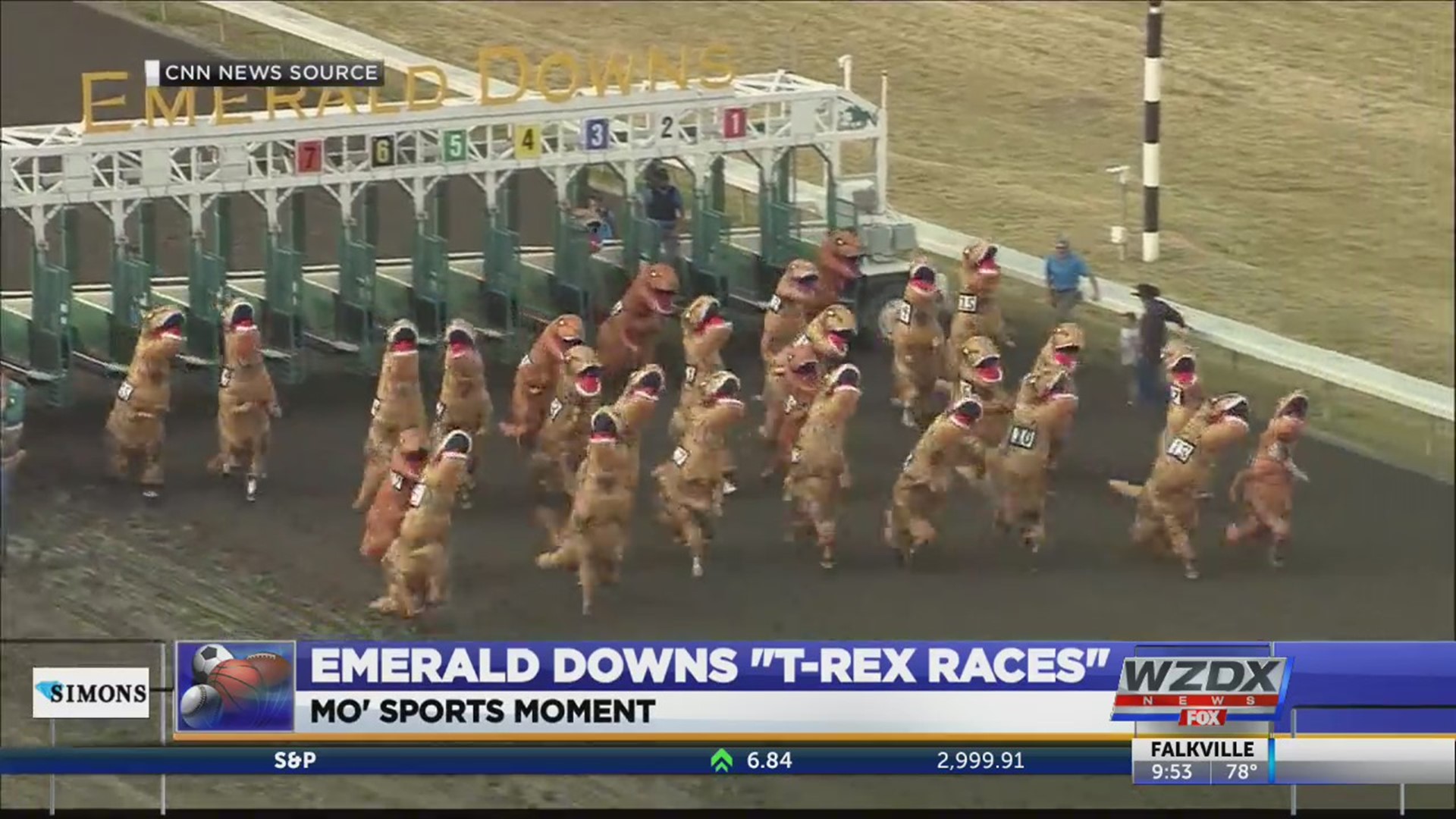 At first glance, the starting gate at Emerald Downs racetrack looks relatively normal. But then the gates open and the race begins, and instead of thoroughbreds a mass of people bursts forth, running as fast as they can — while wearing oversized T-Rex costumes.

“The T-Rexes stand at the ready — and T-Rexes away!” track announcer Tom Harris yells, as prehistoric — and hilarious — chaos breaks out on the track.

At the wire, a dino named Regular Unleaded took the victory, holding off Rex Girlfriend by a tail.

The sight of fierce-looking dinosaurs bobbing down a groomed dirt racetrack has quickly become a fan favorite at Emerald Downs, which is owned and operated by the Muckleshoot Tribe in Auburn, Wash.

“The crowd response is the best part of the event,” says Cody Bennett, a sales manager at the TriGuard pest control company, which holds the race. “The kids love us, and we enjoy taking pictures with them before and after the race. It’s always enjoyable to hear the adults making bets with each other on which T-Rex will win.”

Saturday’s race marked the third year in a row that T-Rexes have sprinted at Emerald Downs. After a video of last year’s event drew the attention of ESPN and lured more than a million viewers online, officials decided to make the race more formal, using the track’s starting gate to ensure a fair and equal start.