As the 2020 season approaches, we take a look at the Cleveland Indians' projected pitching rotation. 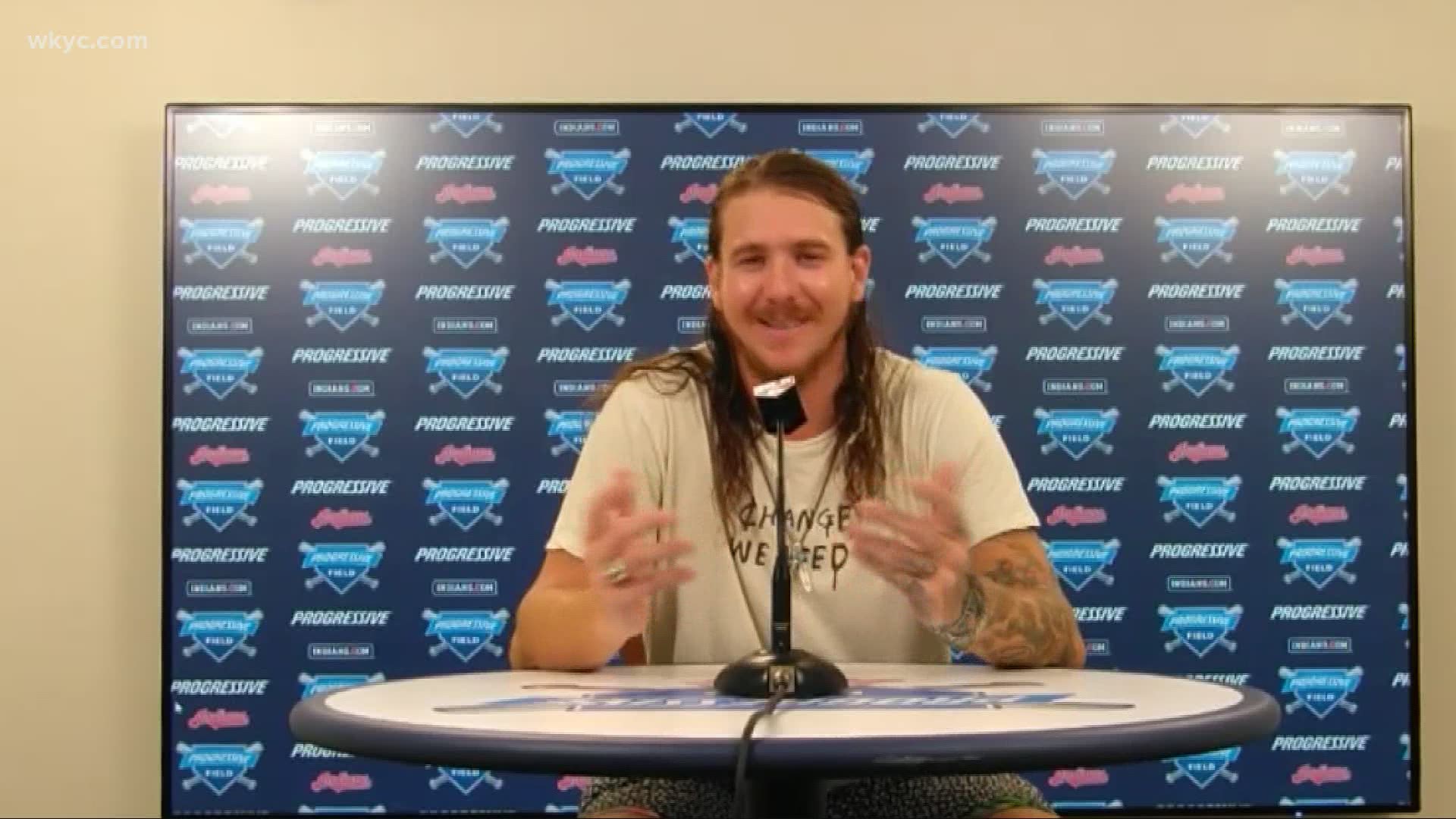 CLEVELAND — On Friday, the Cleveland Indians will host the Kansas City Royals at Progressive Field for what will mark their first official game of the 2020 season.

With that in mind, let's take a look at the Indians' projected pitching rotation for the upcoming 2020 campaign.

After entering last season as the No. 5 pitcher in the Indians' rotation, Bieber emerged as arguably Cleveland's most consistent starter. In addition to being named the 2019 All-Star Game MVP, the right-hander amassed a 15-8 record, 3.28 ERA and 259 strikeouts in 34 appearances (33 starts).

With Corey Kluber and Trevor Bauer now elsewhere and Carlos Carrasco and Mike Clevinger coming off of health issues, the 25-year-old Bieber is now the de facto ace of the Indians' staff. An American League Cy Young dark horse a season ago, it would hardly be a surprise for Bieber to find himself in the thick of the race for this year's award.

Clevinger appeared primed to enter 2020 as the Indians' new ace, but a knee injury at the start of Spring Training derailed him from that path. While the delayed nature of the 2020 campaign allowed the right-hander to recover from his surgery, it makes sense for the Indians to make a concerted effort to lessen his load.

As Clevinger showed as he amassed a 13-4 record and 2.71 ERA in 21 starts last season, he can be one of the best pitchers in baseball when healthy. In 2020, he needs availability to be one of his best abilities.

After missing three months last season due to his battle with leukemia, Carlos Carrasco rejoined the Indians roster in September as a member of the team's bullpen. In 2020, he'll reassume his role as the longest-tenured member of the Indians' rotation.

If Carrasco can return to his 2018 form (17-10, 3.38 ERA), he'll most likely become one of the most overqualified No. 3 starters in all of baseball. Like Clevinger, managing his workload will be key, especially considering the unique circumstances of the 2020 offseason.

What had been planned to be a spot start last season turned into the debut of a pitcher too talented for the Indians to remove from their rotation. In 10 starts in 2019, Civale tallied a 3-4 record and 2.34 ERA and appeared prime to fight for a return to the Cleveland rotation in 2020.

A strong Spring Training gave Civale the inside track to accomplishing just that with a promising Summer Camp seemingly securing his big league spot. If the 25-year-old Civale can build on his strong rookie season, we could be looking at a cornerstone of the Indians' rotation for years to come.

While it appeared Adam Plutko had been penciled into a rotation spot as he enters 2020 without a roster option, the unique nature of the upcoming season made it possible for the Indians to both keep the veteran right-hander and put together their most talented rotation. That means Plesac will take the spot that would have previously been Plutko's, with the latter starting the season in the bullpen.

After a quick ascent through the minor leagues last season, the 25-year-old Plesac dazzled in his first big league season, posting an 8-6 record and 3.81 ERA in 21 starts. Like Civale, he has a chance to become a core piece of Cleveland's rotation moving forward.