As the 2020 season approaches, we take a look at the Cleveland Indians' projected lineup. 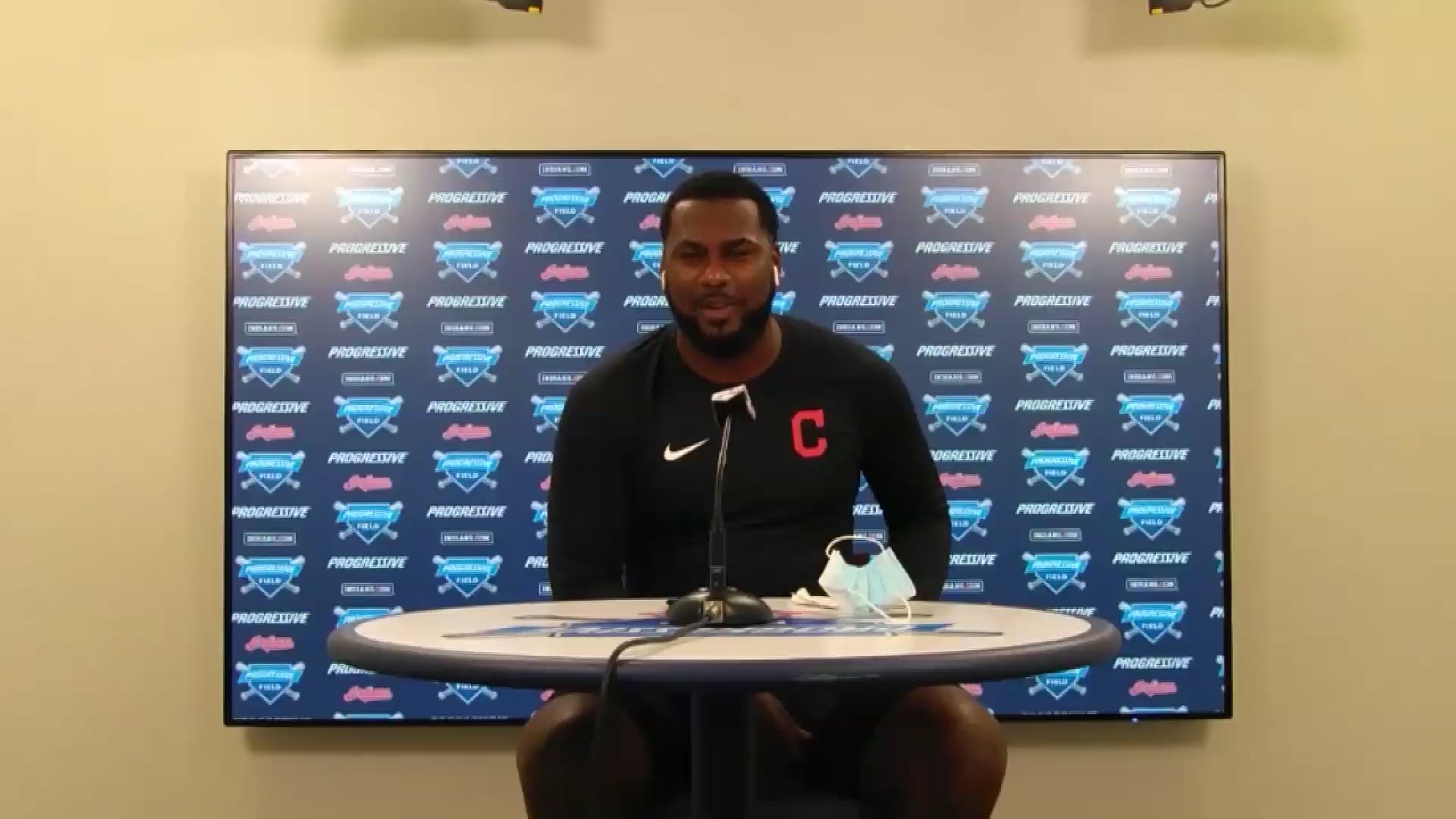 CLEVELAND — On Friday, the Cleveland Indians will host the Kansas City Royals at Progressive Field for what will mark their first official game of the 2020 season.

With that in mind, let's take a look at the Indians' projected lineup for the upcoming 2020 campaign.

For the first time since 2011, the Indians enter the season relying on someone other than Jason Kipnis (now with the Chicago Cubs) as their full-time second baseman.

Having spent the first seven seasons of his career with the Philadelphia Phillies, the switch-hitting Hernandez isn't only an upgrade defensively but is also an experienced leadoff hitter, who will give Cleveland newfound flexibility throughout the rest of its lineup.

While a slow start to the 2019 season resulted in Ramirez sliding in the Indians' lineup, the Indians are hopeful he'll return to his All-Star form. In sliding Ramirez back toward the top of his batting order, manager Terry Francona is making a big bet that the 2-time All-Star will do just that with the potential payoff being one of the top lineups in the American League.

After serving as the Indians' leadoff hitter for the better part of the past three seasons, Cleveland is hoping to get more bang for its buck with Lindor's power and hitting prowess. Of the 4-time All-Star 32 home runs last season, 17 came when he was leading off an inning, thus limiting his opportunities to knock in more runs.

With a .281 batting average (.911 OPS) and 34 home runs, Santana turned in a career year in 2019. A similar stat line in 2020 could result in Cleveland having four versatile switch-hitters at the top of its lineup.

Acquired from the San Diego Padres at last season's trade deadline, Reyes figures to be a mainstay of the Indians' lineup for years to come. Having hit 37 home runs last season, the right-hander will be counted on to provide some much-needed pop. While he's best utilized as a designated hitter, the 25-year-old could see increased time in the outfield this season following the offseason departure of Yasiel Puig.

While it originally appeared he'd miss a significant portion of the 2020 campaign, the delayed start to the season allowed Naquin time to fully recover from the torn ACL that brought his 2019 to a premature end. If Naquin can build on his promising 2019 season (.288 average, .792 OPS, 10 home runs), his presence as a left-handed hitter would be much welcomed.

Jordan Luplow remains a likely platoon player against left-handed pitchers, while a re-emerging Bradley Zimmer could provide flexibility in all three outfield spots.

Having hit 21 home runs as a member of the Seattle Mariners last season and two years removed from hitting 30 home runs with the Milwaukee Brewers, the right-handed hitting Santana could prove to be an under the radar key acquisition for the Indians. Like Reyes, Santana is best suited as a designated hitter but will have to spend the shortened season eating innings in the outfield.

While primarily known for his defense, Perez fared better than expected in his first season as the Indians' primary catcher last year. A repeat of anything close to his 2019 production at the plate (.239 batting average, .774 OPS, 24 home runs, 63 RBIs) will be viewed as a bonus for Cleveland.

After being called up in May, Oscar Mercado showed plenty of promise throughout his rookie season. Although he spent most of the year batting second, he's better suited at this early point in his career to find his footing at the bottom of the order.

Zimmer is also a possibility here, particularly against right-handed pitchers.