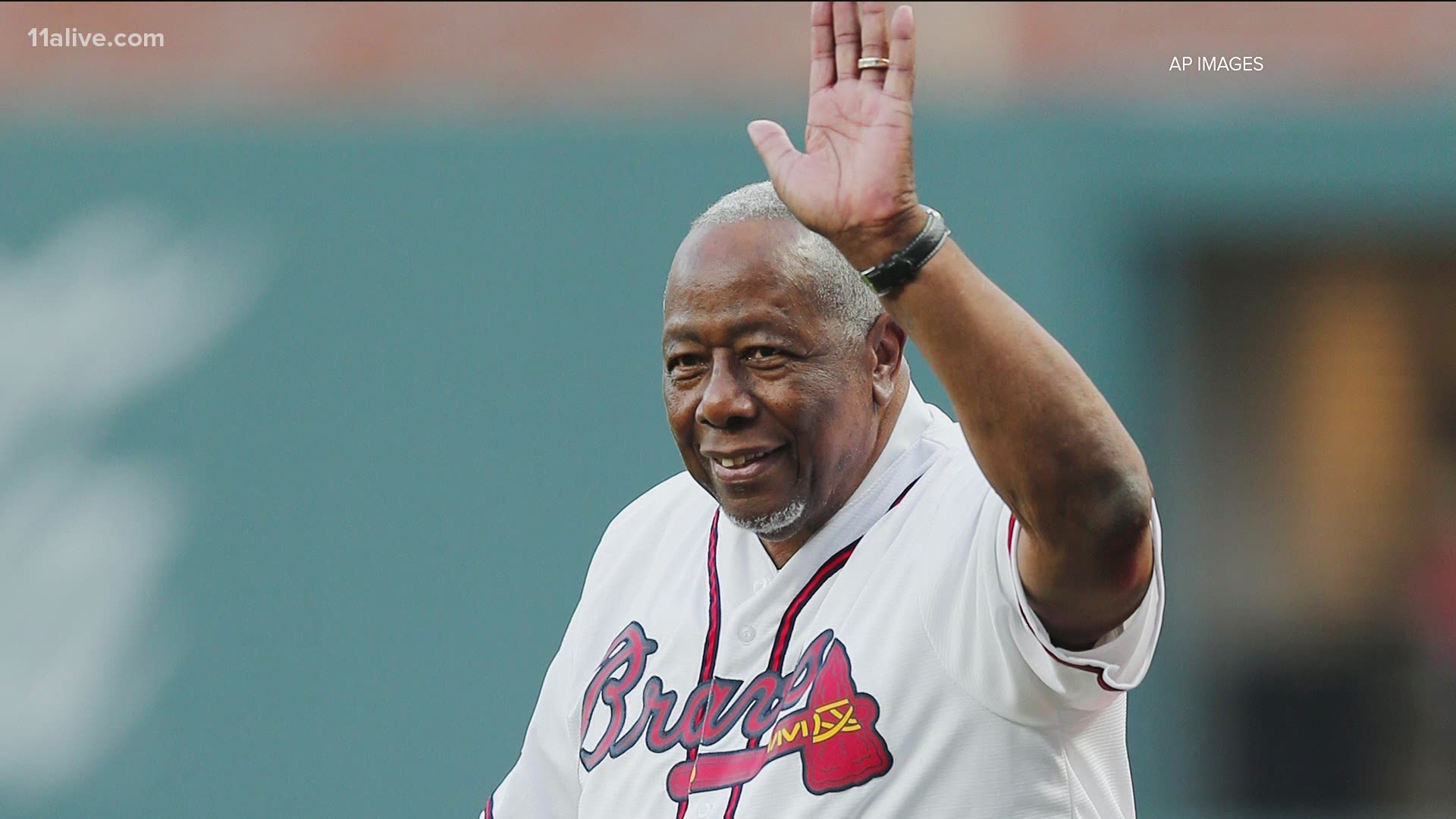 ATLANTA — Baseball Hall of Famer Hank Aaron has died; he was 86-years-old.

The Atlanta Braves said in a release that the Home Run King died in his sleep "peacefully."

"We are absolutely devastated by the passing of our beloved Hank. He was a beacon for our organization first as a player, then with player development, and always with our community efforts," Braves Chairman Terry McGuik wrote.

Aaron wasn't just a force on the field, but an activist for change. Aaron broke into the major leagues at 20-years-old with the Milwaukee Braves and required very little time to assimilate to The Show, batting .280 as a rookie in 1954 and then belting 27 homers the following season. In fact, from 1955-73, Aaron accounted for 700 of 755 home runs, including eight different turns of 40-plus dingers during this period.

He was also a testament to sustained greatness, representing the Braves (and later Brewers) as an All-Star a staggering 25 times.

The Braves described him as a philanthropist for his work off the field. He established the Hank Aaron Chasing the Dream Foundation, Inc. to fund programs that support the youth.

Since retiring from the game in 1976, and being inducted into the Baseball Hall of Fame years later,  Aaron has served many roles with the Braves organization.

Just last year, the Braves honored legend with his own street: "Hank Aaron Way" and a statue at Truist Field, the new home of the Braves. The street is on the grounds of the team's facility, CoolToday Park, in North Port, Florida.

Credit: AP
Baseball Hall of Famer Hank Aaron waits to receive his COVID-19 vaccination on Tuesday, Jan. 5, 2021, at the Morehouse School of Medicine in Atlanta. Aaron and others received their vaccinations in an effort to highlight the importance of getting vaccinated for Black Americans who might be hesitant to do so. (AP Photo/Ron Harris)

Earlier this month,  the Hall of Famer got vaccinated for COVID-19.

He along with U.N. Ambassador Andrew Young and other civil rights leaders rolled up their sleeves to send a message to Black Americans in particular that the shots are safe.