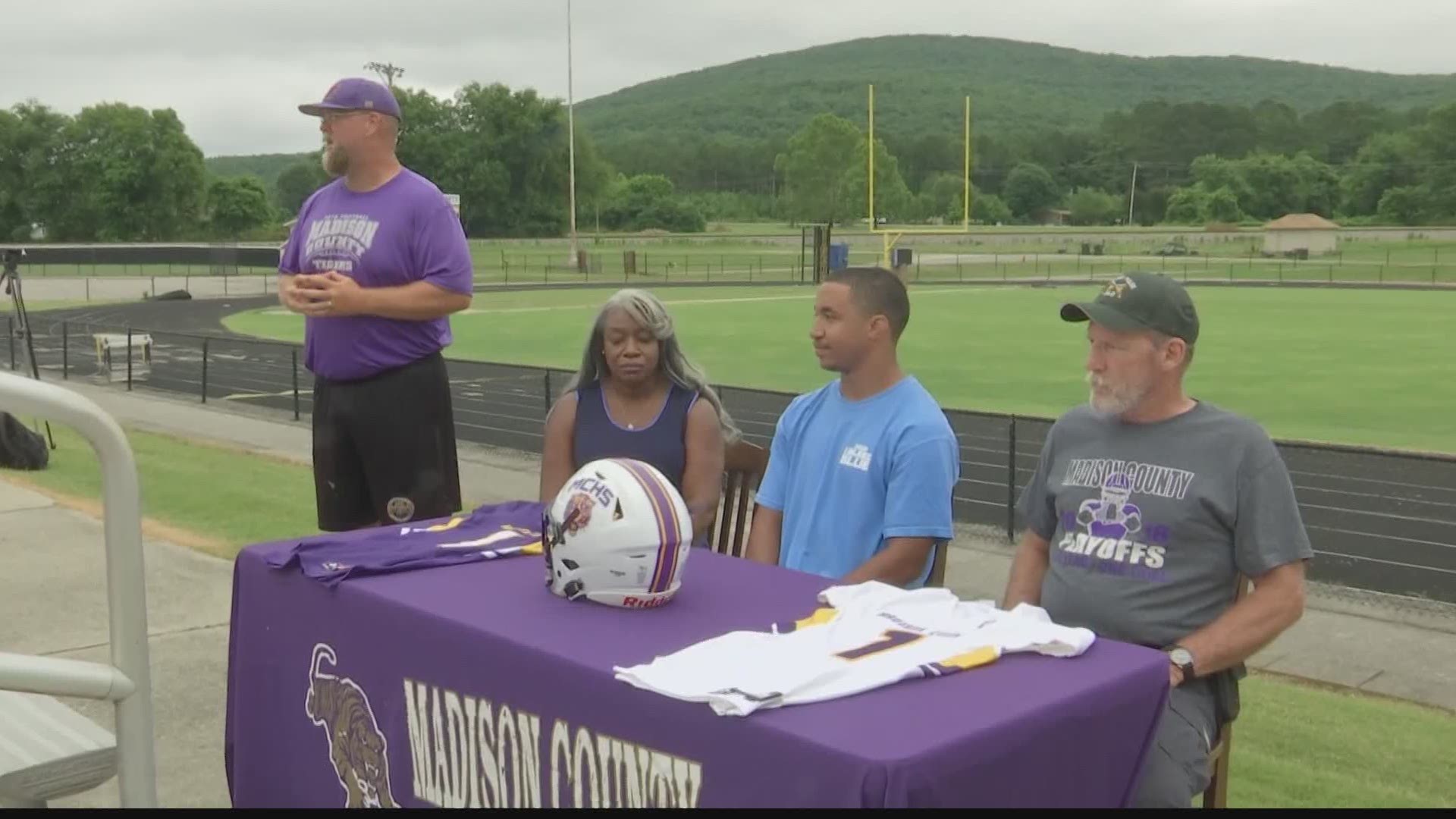 MADISON COUNTY, Ala — Mekhi Burdette put the pen to the paper Wednesday morning to further his football career at Faulkner University in Montgomery.

The former senior leader primarily played at running back, but also performed at just about every other position possible during his four years with the Tigers. Wednesday he was joined by his now former team as he "signed" his national letter of intent.

"I really do love these guys, they've always been there," Burdette said, "It's a different type of friendship, it's almost like family. To see them before I go off means everything."

Because of social distancing guidelines, the signing was a bit different than usual. Burdette did not physically sign his NLI at the signing and no food was shared, other than pre-wrapped individual ice cream sandwiches, after practice.

Burdette said he applied to play at running back at Faulkner, but is prepared to play at any position they need him in.

Faulkner University is apart of the National Association of Intercollegiate Athletics, otherwise known as the NAIA.